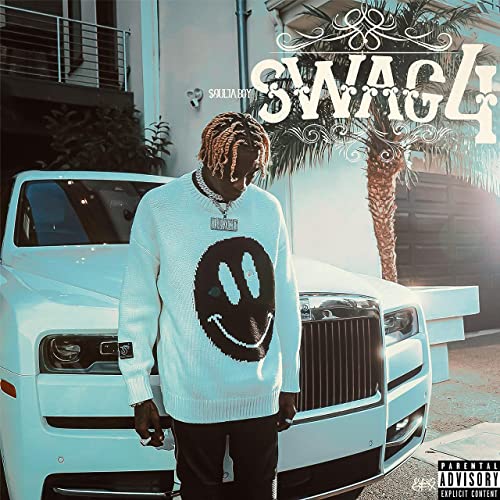 It’s by his own design that it’s now impossible to talk about Soulja Boy (DeAndre Cortez Way) without talking about his forays into the world of gaming. A few years ago Soulja got in trouble with Nintendo for selling drop shipped consoles from China rebranded under his name. It wasn’t the consoles that were the problem though — it was the fact they came loaded with Nintendo games he didn’t license and wasn’t authorized to sell. Ultimately he had to “boss up” (his own words) by ceasing to promote the product and turning over a domain name to Nintendo. Aside from that most people (possibly everyone) who bought his products never got one in the first place. Mr. Way pocketed the money and went on his way.

If you think Soulja Boy learned anything from this fiasco you’d be mistaken. He has continued to promote products from China, including a handheld called TRDR Pocket he repeatedly claims is his own, even though he’s only a “brand ambassador” by the company’s own statement. It hardly matters since this too is a rebranded product marked up by a significant amount you could drop ship via Ali Express, and most reviews of the product are lackluster whether or not it’s the Soulja Boy special edition. This too has been controversial as his branded TRDR Pocket has missed several shipping dates, and fed up customers have been demanding refunds.

I’d like to move on and talk about his new album “Swag 4” but I just can’t do it without noting that he told the world that he owned Atari while claiming that he had sold his own “tech company” for $140 million. Both of these things were patently false, and after Atari released a tweet clarifying who was in charge, he promptly went on a profane tirade on social media telling them “not to call his phone no mo'” and “eat a dick.” In the process he showed a contract which purported to prove his ownership of Atari, but viewers quickly realized it was only a contract to promote Atari’s crypto currency, offering him performance bonuses if he increased its value.

If you’re of a certain mindset you can look at the fact he’s gotten so much press out of all this as a positive, even though the press coverage itself has been almost entirely negative. He’s kept both the rap world and the video game world mentioning his name, and he’s made it trend multiple times on social media platforms as people search for reactions to his controversies. That certainly can’t hurt albums like “Swag 4.” People might accidentally stumble across it even if that wasn’t why they Googled him. How many of those people will actually purchase the album though?

Credit where it’s due to Mr. Way, because here I am talking about him and his new album. Unfortunately much like the people who have reviewed his game consoles (even if they had to get the generic unbranded versions), or me when I spoke about “Swag 3” earlier this year, there’s not a lot of good things to say about the experience. The best he has to offer here is an occasional trunk pounding bassline on tracks like “Bussin,” and that one is significantly enhanced by a guest appearance from G$ Lil Ronnie.

Without that bass and those bars though it would be an incredibly generic instrumental that loops ad nauseum and sounds terrible on its own. His raps end up being unintentionally accurate when he brags “I go retarded” on “Shawn Carter.” Instead of actually comparing himself to hip-hop legend/business mogul Jay-Z, he just name drops him in the chorus and between verses when he runs out of things to say. It’s a thinly veiled threat directed toward his critics, nothing he “ain’t no one hit wonder” and offering to “make you eat them words with this chopper.” It’s true that he’s had more than one hit in rap, but it’s equally true that he hasn’t had a single chart in the last ten years, and people who don’t follow rap probably only know “Crank Dat” and the dance craze that went along with it.

Draco doesn’t seem to want to have a reasonable conversation with anyone whether it’s about his rap career or his “tech” career. It’s an endless cycle of action and reaction — he makes an outlandish statement, somebody calls him out for it, he goes on a negative tirade about it and everyone flocks in to cover it and/or give their take. Much like the beats and rhymes of “Swag 4” it just becomes tiresome after a while. As a gamer myself I’d love to praise him for a song like “Johnny Cage” if it was on point with Mortal Kombat references, samples, or both. That’s not the way Mr. Way does things though. Song titles are for him an afterthought, a marketing tool, and the nicest thing I can say about the track is that it’s short.

Ultimately if this whole thing is a joke then the joke’s on me, because I’ve been talking about Soulja Boy for 14 years now and I don’t know that he’s shown any improvement in that whole time. He keeps finding ways to keep his name out there even though he was hardly at the cutting edge of the rap game when he started, and he’s got a dedicated following that will support one mediocre album after another. For that alone I congratulate him, but now that he’s in his 30’s I wish he’d grow up a little bit instead of constantly lying and then screaming at people who dare to speak truth to power. Yeah it keeps your name bubbling Mr. Way, but nobody’s saying nice things when they mention you, and if that’s the legacy you want to leave behind well that’s on you.