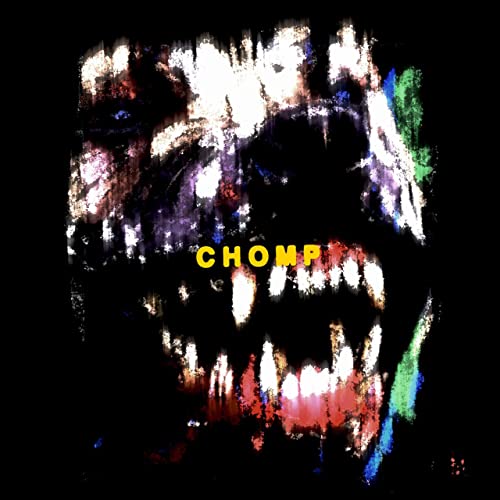 This one comes as a bit of a surprise. After making it all the way to major label status with albums like “ZOO” and “Shake the Snow Globe,” Russell Vitale a/k/a Russ has decided to go indie and come back on a label named “Russ My Way.” Can I blame him for it on “CHOMP” though? Hell no, especially when the first track I heard is a lovely DJ Premier laced joint named “Inside Job.” He immediately admits that a Primo beat is “the last thing that my ego needs” but then proceeds to big dick the hell out of the track anyway.

“I’ve been married to the music, I just hope we stay together
unlike my mom and dad did
Only thing I’m scared of in this life is being average
Harvard Business School accepted me, I’m taking classes
I’m trying to keep my mind sharp
Working on my cardio, that’s why I’m trying to climb charts”

Go on Russ. Go on wit’cha bad self. As if my mind wasn’t already blown wide open, the very next joint I pressed play on was “Momentum” featuring both Benny the Butcher and Black Thought. That much weight could collapse the damn ring like Big Show and Brock Lesnar, but not only does Russ prove he can rock with the heavyweights, the head nodding beat and airy background vocals keep the turnbuckles tight and the canvas locked. I have to hat tip to Thought for winning this battle royale, but for Russ to invite on two stars that could outshine him and still be competitive deserves some damn recognition.

Although “CHOMP” turns out to be shorter than Hornswoggle at only five tracks long, it’s a true powerhouse despite its diminutive stature. Making the most of those major label connects he made while with Columbia Records, Mr. Vitale brings in the always enjoyable Trevor Smith Jr. b/k/a Busta Rhymes on “Line Em Up.” This time I’m going to call it a draw like the Tyson vs. Jones PPV — both men shine equally over a slow and hypnotic beat. In fact hearing the often 120 mph Busta Rhymes slow it down to “give a homeless man a crispy 100” is exactly what the doctor called for.

Bragging “I got more songs than Robert Plant“ on “Who Wants What” featuring Ab-Soul is some serious swagger, but confidence is not something Russ has ever lacked, which is why lines like “Every show I do looks like a fucking Floyd (Mayweather) fight” work where a lesser emcee couldn’t pull it off. By the time I finished off skipping around and hit “Stockholm Syndrome” featuring KXNG Crooked (a/k/a Crooked I), it actually felt like it SHOULD’VE been the finale. “After this I don’t even want to talk to people” vows Russ in the intro, then proceeds to spit rapid fire bars like the aforementioned Mr. Smith. And you know what? It IS as far as I’m concerned, which is why I’ll bow out here and let you listen to it before you cop a copy of “CHOMP” for yourself.