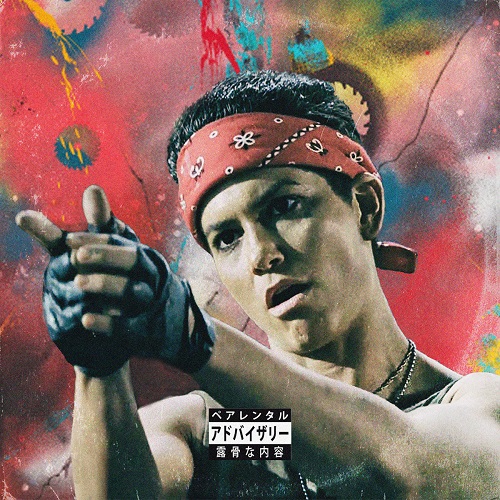 My best of 2021 doesn’t resemble a standard best of the year list. Unlike other best of lists in which the reviewer or critic, having diligently listened to all hip-hop releases that year, sits down and compiles a top-ten, my list is comprised of favourites of the releases I purchased and received last year (amid pre-order wait times and shipping delays). Here’s my wrap up of hip-hop in 2021:

RIP Biz Markie
RIP to Biz Markie, one of my favourites and one of the greatest hip-hop artists of all-time. Although “Goin’ Off” (1988) and “The Biz Never Sleeps” (1989) are classics, my favourite is still 1991’s “I Need a Haircut”. Get past the long intro and be blessed with highlights like the storytelling of “What Comes Around…”, the goofy style of “Let Go My Eggo”, the hilarious chorus of “Romeo and Juliet” (“Romeo and Juliet gettin’ busy”!) and the stripped back posse cut of “Take it From the Top” (check out Edan’s “Humble Magnificent” for a nice sample of Capital T’s verse). Rest in Peace Diabolical.

Verzuz
While around before 2021, Verzuz seemed to reach new heights of popularity during the year. Like most people, I savoured the live rhyming of The Lox in their battle with Dipset. I looked forward to Three Six Mafia Vs Bone Thugs-N-Harmony only to be let down by the familiar and tired crutch of hip-hop artists rhyming live over their own vocal tracks, leaving me barely able to hear the live rhyming above the recorded ones. KRS-One Vs Big Daddy Kane was enjoyable, if only to see both legends move through their weighty back catalogues. Also, great to see EPMD perform “Headbanger” with DJ Scratch at the end of Method Man Vs Redman.

Rappcats Test Pressings
To add some excitement to my very locked down year in Melbourne, I ordered one of Rappcats Test Pressing grab bags. Taking risks on a mystery bundle of records is something I don’t usually do, but I took the chance and received a test pressing of J Dilla’s “Diamonds/Ice” 12” (two standout tracks from “The Diary”), “Cold Heat: Heavy Funk Rarities” (Disc 2) and Karl Hector’s “Unstraight Ahead”. A nice idea from a label who could’ve put many of the test pressings on Discogs or eBay for very high prices.

20-2-Life
One of the many labels (SIC Records, Most Wanted Records, Trill Hill Tapes) doing good work reissuing Southern and West Coast material is Smoke On Records. Their vinyl release of Houston, Texas group 20-2-Life’s “Inside Looking Out” EP (1993) looks clean and plays the title track’s hypnotic, sombre tale of jail-time nice and loudly at 45RPM.

DJ Dolo 76
I had planned to write a detailed review of DJ Dolo 76’s instrumental “Vasquez EP”, but it didn’t happen. “The Vasquez EP” is a solid release, and plays like a re-imagined hip-hop instrumental soundtrack to all of the Pvt. Vasquez scenes in ‘Aliens’. Dolo 76 leans into militarist marches and tones which sound lifted from early video game sound boards. At moments, it shares similarities with Jonwayne’s video-game themed “Bowser” beat tape, but sticks within a boom-bap style compared to “Bowser” and its lean into electronic genres. The packaging on this record is crazy. I wish all hip-hop records would receive the design detail of the “Vasquez EP”. Great cover, OBI (not so enthusiastic about these, but they all had them), and an insert on transparent paper with a diagram of Vasquez’s gun and DJ Dolo’s signature – shout out DJ Dolo and Loretta Records for the great work.

Yusef Afloat
I’m not very familiar with The Nonce, but enjoyed the first half of late member Yusef Afloat’s posthumously released “Foreign Objects/Hard Times” on the 90s Tapes label. The second “Hard Times” half of the release leans into more of a soulful, downtempo, Soulquarian style which I’m less drawn to. Comparably, the first “Foreign Objects” half consists of dusty beats which sound like demos – just checkout the static and crunch of “Bomb Like Missiles”. The Foreign Objects side is firmly within ultra-lyrical styles of MCs like Ras Kass, Mr Voodoo or Wildchild. The strength of the first three tracks “Verbal Combat”, “Admit It” and “Bomb Like Missiles” make this release worth getting and was my driving music for a few months of 2021. Seeing I’ve written about design, I should note I unfortunately can’t read all of the liner notes because of the glued down plastic CD tray in the digipack obscuring sections of the text – not a huge deal, but one which detracts from the otherwise nicely designed release.

Conway x Big Ghost
Conway and Big Ghost released a succinct, strong follow up to 2020’s “No One Mourns the Wicked” with “If It Bleeds It Can Be Killed”. After the spoken word introduction “Commencement”, Conway laces the strings and horns of “J Batters” with boasts, threats and reflections on his rising wealth. At this point, it seems that if Conway gets on a good beat, he can effortlessly sit in the pocket and deliver. “If It Bleeds…” sees Big Ghost lending Conway chopped gospel vocals, hard drums and the stark, pared back beats we’ve learned to expect from the Griselda/Daringer sound. Some listeners might prefer Conway’s recent forays into contemporary, popular styles of production and rhyming on “La Maquina” and “From King to a God”. I’m just glad to have some releases for heads like me, who gravitated to Westside Gunn and Conway for the sounds of “Flygod” and “Reject 2” – “If It Bleeds…” is a happy reminder that Conway’s still supplying that sound – almost creating underground records alongside the popular releases. Rome Streetz wins best feature on the LP for his verse on “Kill All Rats”.

To bring it back briefly to 2021…
Drake’s “Knife Talk” featuring Project Pat and 21 Savage is one of my favourite Drake tracks, and is one I’ve been listening to on repeat since it came out.