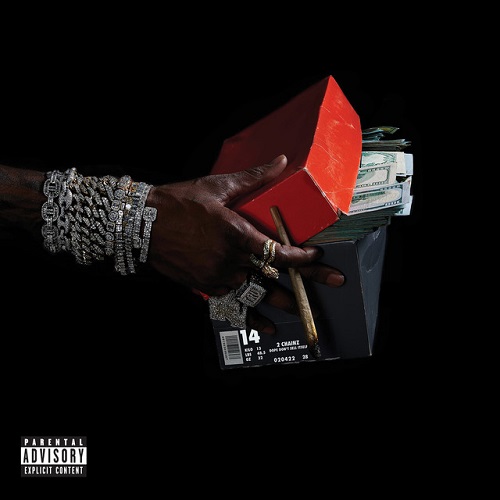 The Georgia artist, born Tauheed Epps and formerly known as Tity Boi, hasn’t performed at a high level in years. His flows and rhymes sound deflated, he’s rapping over so-so beats as a constant and he’s dropping entire albums of skippable material one after the other. Some may argue that Chainz is rapping just as well as he ever has on his new LP “Dope Don’t Sell Itself,” and die hard fans may be inclined to agree. Nevertheless, it seems evident that when the highlight of an artist’s album is a 42 Dugg feature (no disrespect to the young Detroit talent, he just doesn’t quite carry that type of weight yet) it may be time to reevaluate the formula.

It might be said that 2 Chainz had a legitimate golden era between hit tracks like “No Lie”, “I’m Different”, heavily talked about features such as on G.O.O.D. Music’s “Mercy” and of course, what was arguably one of the best Hip-Hop hooks of the 2010’s, “I’m be fresh as hell if the Feds watching.”

Nevertheless, amongst these blips of promise and glory have come album after album of less than decent showings. In other words, as much of a hitmaker as 2 Chainz may have at times seemed to be, his hits have been heavily outweighed by his misses.

To make matters worse, on his latest effort, “Dope Don’t Sell Itself,” the rapper delivers even more blanks, giving fans little to look forward to upon their first and successant listens.

Right from the start on the album’s first track, “Bet It Back”, many, if not most, of the lines fall short of any lasting purpose or meaning. One example of this is the bar, “Like a janitor I’ve got keys dancing”. There’s no doubt that Chainz is capable of coming up with better lines than this at least to some degree. Unfortunately, he also delivers equally, if not increasingly, lousy lines later on in this project.

Perhaps more aggravating to a listener than any of the lines on the opening track, however, is the choppy, intentionally (one can only assume) cheap attempt at a minimalistic style. This attempt falls down flat, unfortunately, and turns into a ridiculous sequence of ear-scratching annoyances.

The production on “Neighbors Know My Name” is almost as bad, if not worse, however, as a fuzzy synth drags its way under more weak lines like, “Got more heart than February”.

While a track like “10 Bracelets” doesn’t exactly suffer from quite the same production ailments as many of these other tracks (aside from that attempt at a flute sound of some sort in the background), it does lack anything close to a decent hook. In place of such, 2 Chainz spends his time sharing that he has an “arm full of ten bracelets”. This is obviously a flex of sorts, but it feels like a rather redundant one when declared over and over as the centerpiece of the song. Chainz certainly knows how to flex with true style and flair, such as with the aforementioned line, “I’m be fresh as hell if the Feds watching,” and “10 Bracelets” is certainly not that.

Despite this glimmer of genuine substance and Hip-Hop capabilities, however, the hard truth is that “Dope Don’t Sell Itself” takes a tumble down into the same hole of forgettable 2 Chainz albums that has become home to the likes of “Trapavelli Tre’”, “Pretty Girls Like Trap Music”, “Collegrove” and the like. 2 Chainz seems burnt out.