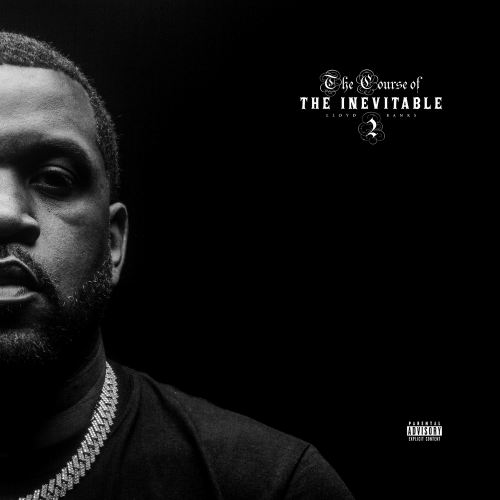 Lloyd Banks :: The Course of the Inevitable 2

Last year’s “Course of the Inevitable” (or COTI) from G-Unit’s Lloyd Banks was a pleasant surprise that never tried to be something it wasn’t. It was an hour of unrelenting street rap, for better and worse, but the first half, in particular, was some of the best hip-hop of 2021. Free of any label pressure to craft a hit single, and with consistently strong production it took everything I liked about the last good G-Unit track (“Doper Than My Last One”) and applied it to a full-length project.

The nonchalant approach to rhyming has always separated Lloyd Banks from his peers, but there’s an increased maturity to his writing. Lines like “killin’ this ice like Yamaguchi” or “stronger than Bacardi glasses” are both more refined, and rarer than you’d expect for a lyricist of Banks’ reputation. There’s a healthy balance in the writing where some of Banks’ peers fall short, by either leaning too hard into similes and wordplay, or doubling down on the internal schemes. Casually reeling off lines like “the only thing keepin’ me alive is my kids” are powerful and poignant and there are some welcome glimpses into Banks’ quieter demeanor and how he avoids people. It’s a theme lightly sprinkled across the album and something that certainly gives “COTI 2” an edge over some of the more straightfaced emcees’ output you hear in 2022.

Conway the Machine guests on “Menace” with what feels like another jab at Funkmaster Flex in their recent tiff. It’s a straightforward duet but effective as ever, and I was actually glad Banks returns for a third verse. I’ve not looked at the data, but the third verse feels like a victim of shorter attention spans and the surge in two minute track lengths – if you’re here to hear bars, Banks has you covered.

That’s not to say there aren’t shorter songs – you need to mix it up and it’s not like I’m sat here listening with a stop watch in hand. It’s all very well balanced. The way the album closes on “On My Way” with piano keys is reminiscent of classic 50 Cent and Dr. Dre and feels like a perfect way to exit – not so much a parting shot as a welcome reminder that Lloyd Banks’s legacy is now much more than that G-Unit hit-machine powered by Dre’s production. Because you know that’s what many people will still associate the name Lloyd Banks with.

The Benny the Butcher track “Living Proof” is lowkey, yet irresistible in the same way Havoc’s early work is. The way Banks wholeheartedly admits he wished he was born a decade earlier so he could have been appreciated in the 90s isn’t something you’d expect to hear from an emcee whose debut album went platinum, but it highlights that, as nice as the financial security and industry relevance can be, it’s legacy and reputation that Banks finds himself consumed by as he enters his forties. Even his recent tweet asking for fan feedback feels like he’s scoping out how to tweak “COTI 3” to be even better than this.

The apex of the album is “Socialize”, specifically the second verse. On “No Reward”, Banks mentions he’s levitating, but here he simply leaves Earth. I’m a sucker for an emcee that can glide over a beat like they just tamed a bucking bronco and the Queens’ emcee throws his hat in the ring with all the swagger of Jamie Foxx in Django. He kills it.

Tha Jerm provides a silky smooth beat on “Switch Up” with Tony Yayo stepping up to the plate with the only way a rapper could really reference the Will Smith Chris Rock slap – in your face with no clever wordplay. By now, it would come off corny. Shockingly, the one disappointing guest is Jadakiss’ stop-start performance on “Power Steering”, which is oddly out of character.

Much has been made of Nas’ resurgence in the past twelve months, but for Lloyd Banks to emerge from forgotten mixtape operator to delivering album-of-the-year contenders, is one of my favorite stories in hip-hop. And it’s even more admirable given he’s ignored the temptation to tap into his extensive contact list for some A-list beats. This time, Banks has gone to Cartune Beatz for over half of the production and it’s another astute decision. Much like last year’s effort utilized Encore, Cartune also isn’t a household name which gives the album a different feel – Banks has gone for what’s dope, rather than who’s dope, if that makes sense. Let the music do the talking, not the tracklist.

The decision to trim the sequel to 14 songs from the first album’s 18, and improve the sequencing so it’s not too top-heavy ensures a stronger listening experience this time. Amongst the noise of social media, rapid rollouts, and obsession with viral trends, Lloyd Banks has shown less interest in this and more in cementing his legacy. Hell, he’s improving his legacy, and “Course of the Inevitable 2” is his best work so far.