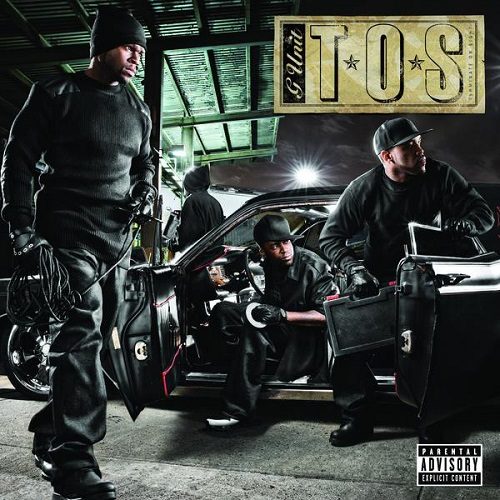 The road from “Beg for Mercy” to “Terminate on Sight” has been a long journey with many unexpected twists and turns – and not many of them pleasant. There were bound to be some growing pains for the group over the last five years as each member of the crew carved out their own niche with solo projects, and none were more painful than those of Young Buck. Brought into the Unit to help fill a role made absent by Tony Yayo’s prison bid, his Southern drawl added a unique and flavorful sound to the New York crew. In retrospect the group’s album was far more of a success because of it particularly when Yayo’s only solo album “Thoughts of a Predicate Felon” is put under the microscope. While Yayo’s album was solid enough musically, his vocal tone lacks a certain charisma and his lyrics tend towards the more simplistic side of rhyming. In a head-up comparison between the two Buck completely owns Yayo in personality, style, delivery and ability.

Obviously 50 Cent wasn’t going to kick Yayo to the curb since he’s been down since day one, but the tension was only further compounded by Buck’s burgeoning awareness of his star rising. Creating the Ca$hville Records imprint only moved Buck closer to his Tennessee roots and farther away from the Unit, and even though 50 reportedly endorsed the move the tensions started to bubble over in 2007 with Buck and 50 making less than flattering remarks about each other in highly publicized interviews. There’s far too much beef here to cut up and grill in this short review. Suffice it to say that in the last 60 days before the release of “Terminate on Sight” it became abundantly clear Buck’s relationship with Curtis Jackson ended when Buck and ex-Unit member Game recorded a track together while 50 tried to publicly humiliate Buck by releasing a taped phone conversation between the two. This presented a thorny problem for G-Unit given so many tracks for “Terminate on Sight” had already been recorded with Buck, including both singles leaked to the public before the album’s release. Personally I believed the album would be scrapped altogether but the Unit found an interesting way out of their dilemma – change Buck’s status to “guest star.” Five songs on the back cover “Terminate on Sight” are described as FEATURING Young Buck, which is a rather clever way to say he’s no longer considered part of the crew while still using the vocals he recorded. 50’s only regret may be that he still has to pay Buck his royalties, but “I Like the Way She Do It” is certainly worth cutting a check for. Coincidentally or not though 50 and Buck’s verses are the furthest apart on the song, spitting the first and last verse respectively:

50: “I’m supposed to blow, you supposed to know
Not to go against me or it’s R.I.P
I’m stupid rich, got retarded money
I’m special ed, I got special bread
It’s easy now, please believe me now
I dismiss a hoe, bitch leave me now
I fuck when I want, I do what I like
She want the same chick I want, the bitch is a dyke”

Buck: “Baby girl got a thang for me
She do what every I say, and I ain’t gotta make it rain money
Go getta and she ghetto with it
Told shawty don’t do it, but she already did it
I’m all on her back, when she move like that
You can find me wherever she at”

The song gets just as much appeal from the smartly understated Street Radio, Inc. beat as from the rhymes, although as he’s often prone to do 50 provides a sing-a-long hook to draw listeners in. The other single “Rider Pt. 2” has Curtis singing even more; in fact, he uses the T-Pain digital manipulation to play with his voice on the hook. Buck’s lyrics on the song must at this point be considered ironic:

“Nigga it’s G-Unit, fuck your click
Like syphillis bitch you stuck with this
I’m a loyal, nigga, die behind mine
Even if 50 dropped me I still wouldn’t sign”

“Terminate on Sight” is a mixed bag of tracks. Some concepts work out just fine, while others feature beats and rhymes that fall flat. “Straight Outta Southside” is one of the latter, as Ron Browz attempts to update the sound of “Straight Outta Compton” while only leaving you fiending for the original. It’s hard not to interpret the concept as taking a veiled shot at The Game, and at only two and a half minutes long perhaps the song should have been a B-Side to a single. On the flipside “Casualties of War” captures the menacing energy a 50 or G-Unit track should have nicely, so props to Ky Miller on the sinister beat. Other winners include Dual Output’s marriage of bass and ivories on “No Days Off,” the hand clap shuffle Damien Taylor provides on “Party Ain’t Over” and Don Cannon’s spaghetti Western stylings meeting Mavado’s dancehall chatting on “Let it Go.” Disappointments include a track titled “You So Tough” which is anything but, a very uninspired title track with no melody whatsoever, the misogynistic (even by Unit standards) “Kitty Kat” and the album’s closer “Money Make the World Go Round.” The rest of the album falls into a mediocrity of neither enjoyability nor hateability, with tracks like the Swizz Beatz’ produced “Get Down” sitting on the fence hoping to hit but not doing much lyrically to get over the hump.

In the end “Terminate on Sight” seemed like a much more interesting album before I actually heard it. Listeners may have had their interest piqued by the beef between 50 and Buck, and indeed the fact the album still made stores with his vocals is either a testament to the popularity of the leaked singles or a none too subtle statement by the Unit that they’ll make money OFF him with or WITHOUT him. Unfortunately that drama turns out to be more interesting than the album itself, with Yayo offering little lyrically, Banks seemingly phoning in his performances, and 50 trying to hold the whole thing together on the strength of his star power alone. While “Beg for Mercy” suggested a long and prosperous reign for a unified crew of thugs, “Terminate on Sight” suggests that Buck may have the right idea after all – they’re all better off on their own.