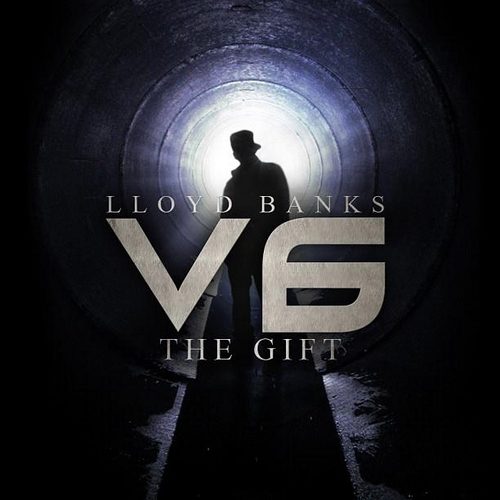 My review of “The Cold Corner” was as much editorial as review, and I’m willing to cop to that. I felt then as I do now that the availability of no cost albums online has reached a saturation point that’s increasingly detrimental to hip-hop artists as a whole. For the consumer it may seem like a great situation to be in, when big rap artists like Busta Rhymes and Game now routinely give away free shit, but it also represents a dangerous devaluation of what hip-hop is worth. The fight for mainstream acceptance as an art and culture didn’t just stop 5-10 years ago with a collective “we made it fam, it’s all good now” because a few colleges teach some rap music classes. It’s an ongoing struggle, and when rap songs become worthless, it hurts one of hip-hop’s elements in a big way – one all the others lean on to some degree. Can you break without a beat? What would you scratch without lyrical heat?

I’m not getting on my soapbox again though. I know it’s a tough economy, but don’t be too stingy. We may all find that if we don’t feel rap music is worth paying for the next generation of talent may find it’s not worth making – and all we’ll be left with is free albums by poor imitations of Gucci Mane & Jay-Z. In the meantime Lloyd Banks continues to give away G-Unit albums that I once would have paid $7-12.99 for in stores. I don’t want to draw unreasonable conclusions on that basis given everybody is doing the same thing – it doesn’t prove G-Unit isn’t hot any more or that there aren’t labels out there who would sell it. It’s more likely that Banks is simply driven by an artistic impulse to create, a burning desire that can’t wait for music industry politics, and he’d rather just release what he’s got NOW and move on to another project. I can understand that all too well – a workaholic’s got to work. If you stop working you feel lazy, unproductive, and restless. There’s shit to do!

There are two things I find surprising about “V6: The Gift” though. Last time around guest appearances were limited to Prodigy and Styles P. For a free album that makes sense – you wouldn’t want to go out of pocket for a bunch of hot 16’s you’re just giving away. Apparently that wasn’t a consideration this time as three straight tracks in the middle of “V6” feature guest stars: Fabolous on “Bring It Back,” Jadakiss on “Chosen Few” and ScHoolboy Q on “Gettin By.” When you also factor in Young Chris on “City of Sin” and Vado on “We Run the Town” the budget for this release could NOT be insubstantial. The only work-around I can think of is if Lloyd Banks worked out a barter exchange with all of the above named emcees, agreeing to appear on their for-free mixtapes in kind.

That might explain away the lyrical half of “V6,” but the producers involved on this album can’t simply be giving away their quality instrumentals for a promise from Lloyd to do them a solid in return later. They’re certainly worth paying for – take “Money Don’t Matter” for example. Beat Butcher puts in top notch work on this one, a whistling melody with a rumbling bass bottom that rocks the trunk. An unnamed R&B crooner provides the hook, which suggests to this reviewer at least that this is a song that could rock radio too (with a few profanity edits):

“Mr. I-Ain’t-Never-Gave-a-Fuck-About-a-Girl
I’m ghetto, I’m thorough, I’m reppin my borough
I’m out of my mind, girl my mind’s on dinero
Probably thinkin I’m the one; tired of ridin with a zero
Zeroed up! I only hit change, don’t hit no slut
Red Rolls matchin my clothes, don’t wear no cup
Headphones channel my zone, she won’t shut up
Dead tone, turn off my phone and roll one up”

Lloyd’s charm has always been his raspy vocal tone and storytelling flow. Those qualities help counteract the fact that he’s not exceedingly loquacious or likely to drop a punchline that will make you do a rewind double-take. When he’s working with the right producers who accentuate his strengths and don’t expose his weaknesses, he’s a lot of fun. Cardiak fits that bill on “Show and Prove.” A6 fits that bill on “Protocol.” Doe Pesci fits that bill on “Terror Dome.” I’m still as perplexed as I was the last time around that Lloyd Banks wouldn’t WANT people to pay for this album – “V6: The Gift” would satisfy any East coast rap fan regardless of whether or not they’ve been rolling with G-Unit since jump. Nevertheless if he continues to put out albums of this caliber for free, I’m going to have a real problem if he does a major label and it’s not at least as good.