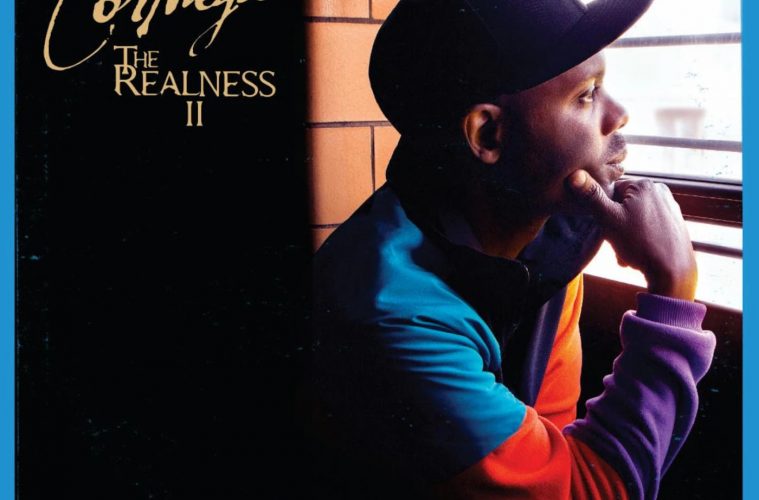 In hip-hop, recycling album titles as sequels is more often than not, a marketing ploy. It’s a blatant attempt to boost interest (and sales) by giving consumers a reminder of an original that’s been hailed as a classic on some level. For me, 2001’s “The Realness” by Queensbridge rapper Cormega was one such record, one which I personally rate higher than our official RR rating. Long story short, a verse on fellow QB native Nas’s 1996 “Affirmative Action” posse cut lead to a signing with Def Jam. However, after Cormega had a well-publicized falling out with Nas, Def Jam dropped him, and his intended major label debut, “The Testament”, was subsequently shelved (though it would eventually see the light of day independently in 2005). With “The Realness” Cormega showed that he isn’t on Nas’s level, and that’s not a bad thing. However, his style evokes frustration and annoyance at the reasons his material wasn’t released sooner. He’s a thoughtful street poet with an almost mush-mouthed Kool G. Rap-esque delivery. Though being dropped from Def Jam meant being denied a budget for the then-hottest producers, Cormega used what he had and made it work (with Havoc, The Alchemist, J-Love, Spunk Bigga, Ayatollah, and even himself).

Twenty-one years later and four full-length albums in between, we arrive at “The Realness II”. As stated in similar reviews, I have reservations for sequels produced and released decades after the original because they often do not transcend in terms of quality. For example, this year’s film “Top Gun: Maverick” has surpassed the 1986 original “Top Gun” in regards to box office gross and action sequences, but was it a better film? Some say “yes”, most say “no.” I’m in the latter group largely because of the overreliance on nostalgia and frame-by-frame reproductions of scenes disguised as homages. That said, and to get this out of the way now, “The Realness II” isn’t better than the original and follows similar patterns, starting with the album cover. But framed another way, the current cover is an older Cormega looking out that same window, coming full circle without ever remaining in the same location. Coinciding with the sequel theme, some of the tracks are continuations from the 2001 debut and the album even has some of the same producers such as The Alchemist, Sha Money XL, and Havoc.

The Domingo-produced “Once And For All” kicks off the album and is a head-nodder for certain, with a keyboard loop and banging snares for Cormega to rap his introductory verse within two minutes. “Her Name” is the sequel to Cormega’s self-produced “American Beauty” and Popsyyz’s beat is a significant upgrade from the original. Over dusty drums, strings, and piano keys, Cormega once again personifies hip-hop in female form and laments its current state. Unlike the original, the sequel’s beat and lyrical melancholia give this song more of a downer feel that overshadows the enjoyment of Cormega’s penchant for metaphors and wordplay. The single “Glorious” could be said to be “Glory Days” revisited, but its biggest surprise is an appearance from Nas himself. The two men have shed their old beef and come together over a very airy boom-bap production courtesy of the Alchemist:

The Big Ty-produced “The Saga Resumes” is a direct sequel, down to the title, beat, and even the producer to “The Saga”. The difference here is that Cormega is in a different place now and is “too grown for adolescent aspirations”, but can still drop jewels nonetheless. Mega himself even adds a hand in the production, assisting Sha Money XL on the smooth “What’s Understood”, then lyrically waxing about loyalty and betrayal. Large Professor is behind the boards on the piano-driven “Life and Rhymes” where Mega warns that “desire will find you if you can’t find contentment.” Starting with Nas, Mega’s guest rappers here have been scarce, but all fellow Queens natives. That said, Lloyd Banks brings his gravelly voice and delivery to the saxophone-sampling “Grand Scheme” produced by Streetrunner & Tarik Azzouz.

Sha Money XL makes an interesting turn in production on “White Roses” with tapping, but echoing snares. Lyrically, it’s dope as Cormega raps two verses respectively utilizing wordplay from songs by the Notorious B.I.G. and the Wu-Tang Clan. Over the CamondaTrack-produced “This Life of Ours”, Cormega raps with wisdom against the younger contemporaries whose mindsets he once adopted for himself. The lead single “Essential”, produced by Havoc, contains some traces of the mafioso motifs Mega employed on his debut, essentially with the whole “keep your friends close, and your enemies closer” trope:

As with his debut, he raps A Capella-style here as well on “Age of Wisdom” before transitioning to the Havoc-assisted “Paradise”. Havoc reminds listeners that he still has lyrical chops despite spending more of his time on an MPC as opposed to a mic. The album closer, “Man vs Myth”, has “la musica de Harry Fraud” written all over it and even has an ironic co-sign from Def Jam co-founder Russell Simmons. To circle back, re-using album titles in marketing is an attention grabber with varying degrees of success. Jay-Z released two sequels to 2001’s “The Blueprint” within eight years after the original, and neither held the same weight. Eminem released his sequel to 2000’s “The Marshall Mathers LP” in 2013 and it didn’t have the impact of the original. More frequently and in recent times, Lil’ Wayne and Run the Jewels have applied that formula with greater success in quality, at least. Granted, the Cormega of 2022 isn’t the same man as the Cormega of 2001, he’s largely progressed. But the latter had a rawness to his debut which gave it an edge that still makes it superior overall to the sequel.