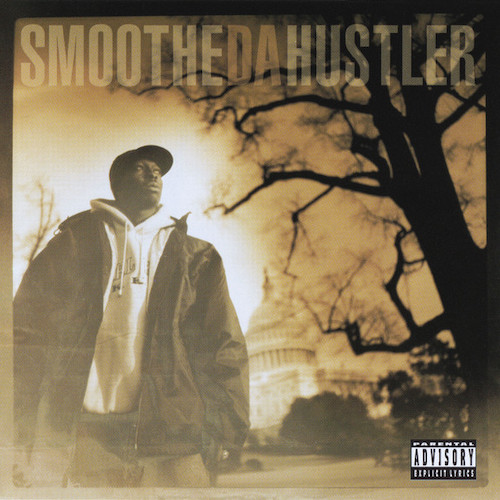 Once Upon a Time in America

Smoothe Da Hustler :: Once Upon a Time in America

“Broken Language” is one of those 1990’s rap singles that I enjoyed without realizing it would reach cult status. The chemistry between Smoothe Da Hustler and his brother Trigga Tha Gambler was on point, the DR Period track thumps, but I didn’t invest much thought in it beyond that. Both rappers spend the majority of the song reading off a list of things they are. “The body polluter/the gat shooter/the Brownsville wild Brooklyn trooper” et cetera. Once in a blue moon a punchline gets snuck in but it’s not that different from a teacher reading names off a clipboard for roll call.

It’s only in hindsight that “Broken Language” has received accolades like “the first-ever Hip Hop track completely devoid of a hook and bridge to chart on the Billboard 100.” Off the top of my head I thought of “A Nightmare on My Street” by DJ Jazzy Jeff and the Fresh Prince, which came out almost a decade earlier and did better on the charts, reaching No. 15 on the playlist. Maybe it’s the “bridge” part of that accolade that allows Smoothe and Trigga to claim that award on a technicality. Will Smith’s song didn’t have a hook, but there’s a pause between verses that could be called a “bridge.” Even if this seems like a publicist grasping at straws to promote their rapper, I don’t dispute that any degree of charting for a grimy track like “Broken Language” is impressive.

“I want +Mo’ Money, Mo’ Money+, my last name ain’t Wayans/but my first name is Damon.” Songs like “Hustlin'” off “Once Upon a Time in America” are far more representative of what Smoothe Da Hustler is about. He’s got some pretty ill punchlines here. “I touch more dough and cracks than Michael Jackson touch kids.” It’s not hard to imagine Smoothe and Chino XL trading bars back and forth to see who could come up with the crazier shit. There’s also a pleasing gruffness to Smoothe’s delivery that makes his rap name somewhat ironic. His voice isn’t “smooth” at all. He sounds like a weary street veteran, even though he would have been just barely old enough to legally buy beer when his album dropped.

The references to Brownsville on the album give me M.O.P. vibes, and given DR Period produced all but one song (“Glocks On Cock”) that’s not a coincidence. The entire presentation feels like peak mid 1990’s NYC rap, right down to a song called “Hustler’s Theme” featuring Kovon, with an instrumental and chorus that are entirely a remake of Curtis Mayfield’s “Freddie’s Dead.” Am I mad at that? Hell no. They flip it. The bass line is dirty, the drums thump, and Kovon sounds like he’s paying tribute to Mayfield out of sheer affection for the original. Everything works here.

“Those that wanna battle me put up your salary.” Smoothe Da Hustler was a cocksure emcee, and even when sharing the spotlight with his brother Trigga his star still shines. It’s a shame that “My Crew Can’t Go For That” wasn’t included on this album, but since the Nutty Professor soundtrack was on Def Jam and Smoothe’s record is on Profile, the licensing arrangements were probably impossible. Nevertheless when the two of them tag team they’re a great combo, even when the only thing Trigga does is provide a hook on tracks like “Fuck Whatcha Heard.” They have the tightness that only comes from being blood related.

If it wasn’t obvious by this point let me bottom line it for you — I’m a fan of “Once Upon a Time in America.” Unfortunately it doesn’t seem like the rest of the U.S. agreed because the album never got higher than No. 93 on the Billboard Top 200, and it would be over a decade before he put out his sophomore album through his own SMG Records. I also suspect that Trigga Tha Gambler’s “Life Is a 50/50 Gamble” on Def Jam got shelved as a result of his brother’s poor performance. They sent out promo copies for review and for college radio deejays to spin, but never followed through with putting the album in stores nationwide. Both Smith brothers deserve more than just a footnote saying “the first rap single with no bridge or hook to chart.”

Smoothe Da Hustler :: Once Upon a Time in America
8Overall Score
Music8
Lyrics8