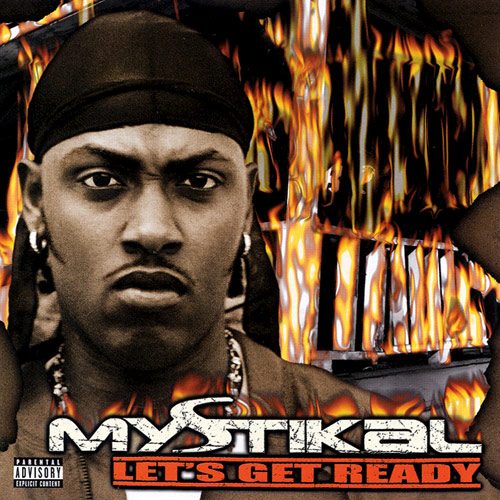 “The braided up pimp is back.” What better way to describe Mystikal? As fast talkers in hip-hop go, Mystikal is the undisputed heavyweight; having usurped even the most nimble tongued macks in terms of sales. Years of slamming cameo appearances and full-length albums on No Limit Records have put the high-octane excitable rapper at an all-time pinnacle. The timing could not be better for the No Limit Tank to roll out and drop another Mystikal bomb, especially with their chart dominance flagging and challenger Cash Money Records usurping their throne.

Guess what? That ain’t happening. People in general (including a lot of Johnny-Come-Lately’s) don’t realize that Mystikal wasn’t always rolling with the Tank. He started out on an independent label, and after making a name for himself down South he was almost simultaneously signed to Jive and No Limit Records. The two labels managed to jointly release his last three joints, but a continued differing point-of-view caused them to sever relations (amicably) and for Mystikal to become an exclusively Jive Records artist. The timing is unfortunate for No Limit, because just at the time they were most in need of a big hit, Mystikal came along with “Shake Ya Ass,” an unqualified summer slammer sensation.

Everything about this song is perfectly planned and executed: an untempo Neptunes beat (think “Got Your Money” by Ol’ Dirty Bastard and “Oh No” by Noreaga), a catchy chorus, and Mystikal’s crazed shouts and whistles. “I LIKE MY WOMEN FIRE LIKE CAYENNE! Chocolate and bowlegged, when I’m RUNNIN UP BEHIND HER,” screams Mr. Excitement. On the radio, on TV, in clubs, no song has shook this much booty since Juvenile released “Back That Azz Up.” Mystikal follows up the excitement with a full-length 15 track album (NO SKITS) provacatively titled “Let’s Get Ready.”

A majority of the album is produced by The Medicine Men (who you may remember in a former life as Beats By The Pound) and the Neptunes. Three of the other six are done by Earthtone III, who gave us last year’s “Neck Uv Da Woods,” which thankfully is included here. The musical backdrop for Mystikal’s gruff voice is close to ideal – snappy enough to bop your head but distinct enough not to drown out his sometimes hard to catch flow. This may in fact be the best mastered album Mystikal has released to date. The only track that’s really hard to follow is “Big Truck Boys,” which can be forgiven for it’s slinky KLC funk instrumental.

Collaborations are kept to a minimum, and other than the former No Limit producers rocking the beats, associations with No Limit are non-existant throughout. In fact the only major cameo is Da Brat on “Come See About Me,” which could be taken or left – it doesn’t really enhance the LP. Mystikal knows how to catch a fire all on his own, and shines best when left to solo in the spotlight as on songs like “I Rock, I Roll.”

“Video jumpin off, nigga this the REAL New Orleans
My ‘Neck Uv Da Woods,’ my side of the hood, my part of town
Thugs drugs and violence, y’all niggaz is watered down
When I perform I’m that calm
And I’m the shit on the record, I hit the studio and show ’em!”

Mystikal always does a few tracks that could be considered “spooky” and this album is no exception. The sprinkling of piano keys on “Mystikal Fever” will raise your pulse, while the haunting “Ain’t Gonna See Tomorrow” is even more ominous for the fact it depicts how fucked up OUR WORLD TODAY is. Mystikal is as fervent about his faith as DMX – he begs the “heavenly father” to “keep my head above the water.” The shit is DEEP.

Now there are some people who aren’t gonna like Mystikal just on the basis of his delivery – but it’s that part of his flow which makes his basically good lyrics come across as more distinctive. It gives the extra edge to songs like “The Braids” and “Smoked Out” which might be more average on any other rapper’s album. Right up until the finale bonus track (a sampler from new rapper Petey Pablo on track 16) Mystikal keeps the energy high and the vocabulary flowing. The only thing that’s missing from the this album is the No Limit Tank logo on the back – but bad luck is a bitch and Master P came up snake-eyes just as Mystikal hit 7-11.