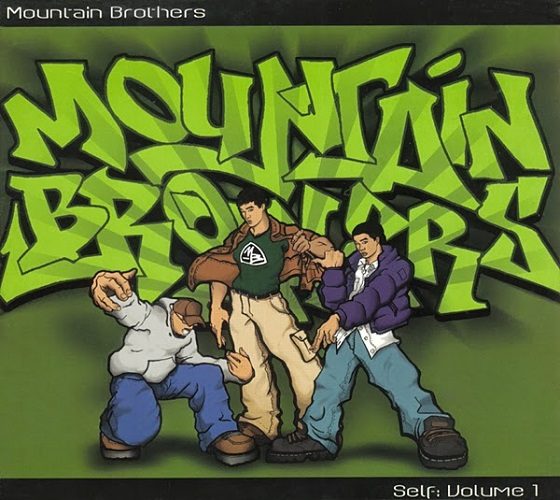 The aptly named Mountain Brothers have already seen many peaks and valleys in their recording career. First dropping on the scene in 1993 as D.O.A. (Da Other Asiatics), the group was warmly welcomed for their two slamming contributions to an internet compilation called “alt.rap.unsigned.tape”. Success was quickly followed by what most modern rappers call “playa hating” in the form of discrimination against their asian background. RapSheet gave them an especially harsh review, and many groups at this point might have thrown in the towel and said, “This industry isn’t worth it” but Styles, Peril-L, and Chops had what most of their contemporaries don’t: dedication.

Despite being told they should wear monks robes and bang a gong on stage, despite being signed and then leaving from Ruffhouse (the label which houses The Fugees and Cypress Hill), despite a steady wave of polite “no thank you” and “sorry not interested”, this terrific trio kept on doing what they do best: recording funky, soulful hip-hop music.

It’s time for dedication and perseverance to pay off. After finally getting their due with the single “Paperchase” which received college radio play and charting reports nationwide, the Brothers are returning with the full length “Self: Volume 1” which describes both the personal nature of this album as well as their personal achievment of gaining recognition. They can stand proud as they show their self to the industry. This album is the standard by which other artists new on the national scene should be measured: creative lyricism, interesting flows, original beats, and all-around quality material.

Not ones to be accused of being short sighted, the far-reaching first song “Galaxies: The Next Level” expands your mind as the MB’s expand their flows. Truly this is what Rakim meant when he said, “Let’s travel at magnificent speeds around the universe.” Check out the flows from the trio:

“But if rap can pay my rent and gas then all the rest is gravy / has it been since ’89? My how time slips away / now I flip this page script another chapter / Mountain Brothers universal as we inchin up our stature” — Styles

“Gots to take your chances and gamble the stakes / cause I’m about expanding my fate like Alexander the Great / I got handsome advances to make what jams that I create  / dates in France, hands to shake with fans who can’t even translate / damn straight!” — Chops

If you’re not feeling the beats and the lyrics on this album, then there’s something wrong with your eardrums. You will be head-nodding and feet stomping to jams such as “Fluids”, “The Adventures of Extra-Terrestrial Average Joe”, vibing to the horns of “Love Poetry Dig It”, bopping to the keys and bells of the aforementioned “Paperchase” and other grand slams such as the neck-snap funk of “Whiplash” and .. ahh fuck it there’s no need to go on. If you love hip-hop, you’ll love this whole album. Go out and buy this album so they can tell Mr. Man that they wanna quit their “Day Job” because this Illadelph crew should be doing hip-hop for a living. This is where our music and culture is going in the 21st century, keep your eyes open and don’t sleep!