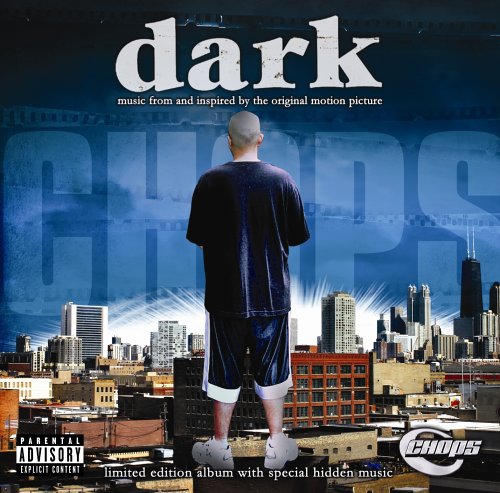 “If you in this shit for love, go to PetSmart and get a puppy”

Scott Jung is definitely in hip-hop for more than just love from the fans. He’s in it for the long haul, dating all the way back to the early 1990’s when using computers to discuss hip-hop online made you a nerd by default. I’m not knocking my man at all – I’m an old school Mountain Brothers.

Sadly like many indie rap groups who manage to get a video on BET or MTV even one time they remained critically acclaimed underground and commercially ignored everywhere else, forcing the group to dissolve after their 2003 release “Triple Crown.” Over ten years in the game with only two commercially released albums to show for it? That’s harsh. With that little love or support many people would have thrown in the towel and quit but the producer/rapper kept on hustlin’ by producing tracks for big name rappers all over the country and dropping solo albums like “Food for Naught” and “Virtuosity.” There are a lot of words in Scott Jung’s vocabulary but “quit” isn’t one of them.

“Unfortunate, most don’t make it even if they oughta
Recordin in flooded basements with they feet under water
Label websites that all say ‘under construction’
Interns workin under rich kids that was never under nothin
Underpaid street teams that don’t know promotion means
more than postin on message boards under fake ID’s
MC’s with wonderful flows right under your nose
Just underexposed, cause don’t nobody come to they shows
Take it from someone that knows, a true underground head
The underbelly stay growlin cause it’s always underfed”

The official title of Chops’ latest album is “Music From and Inspired by the Original Motion Picture Dark.” This means all of about NOTHING to me or to 99% of the people reading this review who are more likely to have bought a Mountain Brothers CD than to have ever seen this film in the first place. For all that it matters “Dark” is the title of his new solo album and that fits Chops just fine. His beats have always had a distinctively rich and flavorful tone, like a fine bar of extra rich dark chocolate. Then there’s his deep booming voice, distinctive and resonant every time he grips the mic to spit. He likes a good punchline but he loves a good beat. The sly funky shuffle of “Guess Who’s Comin’ to Dinner” is both headnodding and intoxicating. “Ragtime” turns a few simple notes into a hilarious rap about that-time-of-the-month. “Give it to ‘Em” lives up the billing and slams you in the face with funk, while Chops boxes ears lyrically with lines like “I don’t give heads what they want, but what they deserve/so put a condom in your earhole and fuck what you heard.” Although the quotations from “Fromunda” found both at the opening of this review and above this paragraph sum up Chops’ frustrations accurately, perhaps no beat or rhyme can sum up Chops’ steelo better than the J-Zone-esque beats and rhymes of “Don’t Give a Fuck”:

Simply put Chops is a self-produced rapper who has more sparkling gems on this CD than there are diamonds in Paul Wall’s grill. SPEAKING OF PAUL WALL the Screwston Texas native makes a surprising guest appearance to make double entendre pop by chopping Chops on a slowed up remix of “Come Up Offa Dat Check.” He’s not the only one though as DJ LT Dan gives the same treatment to “Guess Who’s Comin’ to Dinner” and “Give it to ‘Em.” Just when you think it’s all over on the “Sloe Moe Outroe” Chops comes back with an untitled bonus track where he brags “Dropped out of college before Kanye made it go into fashion” and spits a narrative tale about his days in the MB’s. Most heads are probably going to sleep on “Dark” due to limited exposure and poor distribution – this review alone is fifth months late from the original release date. That doesn’t mean because it’s late that you should keep sleeping – even if it requires a little extra effort to cop it “Dark” will reward you with fat beats and rhymes. Hell the soundtrack is so good I might actually go rent the movie.