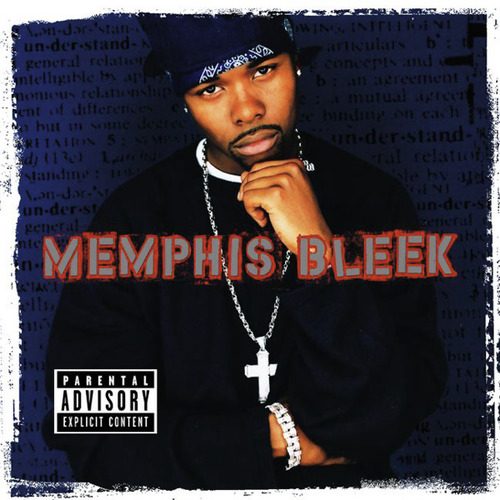 Roc-A-Fella can’t be said to be the most consistant label in rap. That might be Cash Money, or Quannum, or Rawkus, or even 75 Ark. With Roc-A-Fella though you’re never quite sure whether you’ll get a fat hit of that Jay-Z sticky or a bag of oregano Amil style. Even though there’s no guarantee of chronic, the reputation of having a CEO like Shawn Carter means that being signed to his label gets your name in doors and your single on BET and MTV (actually pretty much the same company now, since Viacom owns both).

For the longest time, this was how I felt about Memphis Bleek. When his first album “Coming of Age” was released, I wasn’t really impressed by the beats or the rhymes. To me, Memph Bleek was just one of those guys who shows up to drop a verse or two on every Jay-Z album – I didn’t really think he’d earned the right to shine. I’ve been wrong before though – I didn’t like Showbiz and A.G.’s “Runaway Slave” the first time I listened to it either, but the longer I owned the album the more I came to recognize the dopness of Andre’s rhymes and Show’s beats. As such, I had to admit that “Is That Your Chick” was a catchy track, and some of the songs I had downloaded off Napster were pretty tight. Now understand I still haven’t changed my opinion about his solo debut, but I figured that Memphis has had a few years to grow and mature in his rhymes and flow – and if his work on Jay-Z’s “The Dynasty” was any indication maybe he had come of age F’REAL this time.

From the start of the album, my respect for Bleek was already on the rise. “U Know Bleek” has a beat that bangs so hard I mistook it for a DJ Premier production, even though it’s rocked to a tee by Just Blaze. The scratched in hook from Amil’s “4 Da Fam” is tight and the lyrics are a nice combination of humor and street smarts.

“I let niggas eat now I’m here to collect
I admit they tried, but they ain’t rep correct
Now the dinner table’s set and it’s my time to eat
Don’t even wipe your mouth, get up, be out!
Don’t let the cars fool you, or the jewelry blind you
My life’s the realest nigga, I should write me a novel”

This track is so hot it’s a shame it ends after only 1:50; and I personally hope an “extended version” will surface as a remix. The second track coincidentally is the second single, and “Do My” certainly features the requisite amount of good looking models and designer fashions in the video. There’s no reason it shouldn’t though – the grimy look went out with Onyx. Memphis gets extra props from me here for referencing Milk from Audio Two when he says “Bleek is chillin, Murda is chillin/ What more can I say? We still killin ’em.” I always love when the old school lives on in modern hip-hop music because it shows that there’s a common bond between all rap artists and they respect the ground broken by their peers before them. This is a sign of maturity in any MC and Bleek has definitely come a long way from cornball songs like “Memph Bleek Is…”

The sound of “I Get High” is a definite bullseye in the center of the “songs that work” target. For a song about smoking the sticky, it’s the perfect mixture of a laid back beat by T.T. and Bleek’s nonchalant rap about weed – and I ain’t mad at him for saying “The whole B.K., light a blunt up for Biggie” either. This isn’t one of those songs that’s super deep, it’s just something to “put the car on cruise” for as Bleek says. The fact Memphis Bleek captures moods and not just full glasses of champagne is what this album is all about though. The equally excellent “In My Life” rocks a Foreigner sample (for some reason they’re hot in rap right now) and even though like me you’ve heard a million “I grew up the hard way” songs in hip-hop it’s the feelings of Bleek which reach out and grab you and make the words “let the world know that I speak for the ghetto” come across sincerely and not as trite or cliche.

That’s not to say there aren’t some songs here I don’t feel. “Bounce Bitch” does nothing for me – I don’t know who producer Lofey is, but he should go back to the minor leagues or work on tracks for Amil. Speaking of Roc’s own hoodrat number one, no surprise that when she cameos on “PYT” the whole song becomes skippable. “Everyday” will probably be a single choice since Carl Thomas sings on it, but the normally reliable EZ Elpee uses a weak clap track for the beat and the muted bassline has no kick to me even when I turn up the bass boost.

There’s more good tracks than bad tracks though, which is a mark of success for any rap album, but it’s helped by Memphis Bleek’s improved topic matter and more confidant flow. It looks as though he has taken being Jay-Hova’s prodigy to heart and become an excellent student of his tutor. Jay shows his love by showing up time and again throughout the album – letting off veiled disses at his competitors on “My Mind Right (Remix)”, dropping some hot and quick-spitted words on “Is That Your Chick” and teasing us by starting to “tear this motherfucker down” on “Change Up” and then going “NAH!” and changing his mind. Damn you Jay. 🙂 The spotlight is really Memph’s though and deservedly so. Memphis is not quite at Jay-Z’s caliber yet but with an album of good to above average tracks and flows that capture feelings from somber to fired up Memph is showing us the potential Jay obviously felt he had all along. If you’re a fan of Jay or the Roc you’ll want to cop this – and if you’re not this album is a reason you SHOULD be.