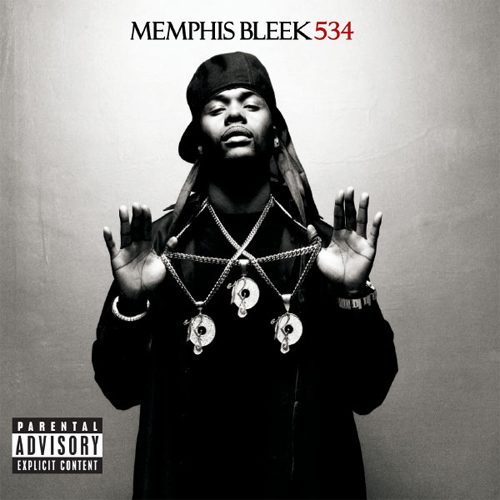 The first plus to Memphis Bleek’s new album is its homely title “534,” the building where he grew up, which immediately supercedes the impossibly over-dramatized names of his previous three albums including “Coming of Age,” “The Understanding,” and “M.A.D.E.” His tendency to over-reach for empathy is understandable, Bleek hasn’t been able to get out from under Jay-Z’s long, lanky shadow to see the limelight since he came out. It reached the point of being a career conflict. Much like AZ to Nas, Memphis Bleek owes everything he has and everything he doesn’t have Jay-Z. Jay walked him into the game, showed him the ropes and practically handed the man a solo career–now stemming four albums deep. But Bleek has also been given something else, the unshakeable role of Jay-Z’s sidekick: a role that has prevented him from breaking out as a prominent artist. In the wake of Hov’s probably staged retirement, it seems to be now or never for the sidekick to become the star.

Well Bleek is back and he swears this time it’s his big break. Considering that Bleek solicits these kinds of braggadocio claims leading up to every release date, one must be wary. Last year he boasted he had been “M.A.D.E..” (A term made famous by the movie “Goodfellas” for when a Mafia henchmen is elevated into the upper echelon of the family. He is then untouchable.) But much like Joe Pesci in the Scorsese flick, Bleek found that being “made” does not always end as expected.

As Jay-Z’s protÃ©gÃ©, everyone sort of saw Bleek as The Roc’s relinquished leader once Hov waved goodbye. Bleek obviously assumed the same himself. But the truth is no one really knows what is going on over at Roc-A-Fella. The recent Jay-Z / Dame Dash split left Roc-A-Fella split, the public split, artists abandoning ship, and the company’s integrity in question. Out of all the turmoil, Bleek seems to be the last stable post left in the family. He sounds focused, more secure, and most of all excited about the newly freed up space in The Roc’s pecking order. The albumâ€˜s title track “534” is a perfect opener. With a classic Just Blaze beat to back him, Memphis Bleek kills it. Looks like Bleek is back like crack. He might have given you a few free hits on the mixtape scene, got you hooked, but now he’s back for cash.

Following “534,” Jay-Z crawls out of the seedy underbelly of corporate America to lay down a new song called “Dear Summer.” It may or may not be a subliminal diss to The Gameâ€”whose recent run-ins with the Jigga man are no secretâ€”but the track is magic. The sample is soulful and simple it makes you wistful, and Hova’s hasn’t lost his touch in the slightest:

“Dear summer, I know you gon’ miss me
For we been together like Nike Airs and crisp tees
S dots with polo fleeces
Purple label shit with the logo secret
Gimme couple years, shit I might just sneak in
A couple words and like peaches and herb
We’ll be reunited and it feels so hood
Have the whole world saying “How you still so good?”
Well I do this in my slumber summer
I ain’t none of these half-assed newcomers
you know how I do summer
I drop heat, when you bring the sun up
The combo make niggaz act up, I pick the gun up
Niggas back up; they know I’m not no fronter
I don’t talk shit, I just flip it +Un+ ya”

“Dear Summer” also suggests that Jigga’s patented, summer spot for dropping poolside albums might be handed down to Bleek in his absence. If it’s true, Memphis wastes no time laying his claim to the stake with his explosive, Swizz Beats hit “Like That.” It’s a fairly regular Swizz Beats production, sure to coerce you into beating your head through a wall, but it was considerate of him to loop a sample of Jay’Z’s falsetto wailings in the background. Also, Bleek does a nice job matching the intensity of his flow to the beat. Next, the wussy, radio-aimed “Infatuated” might be tolerable by itself if “The One,” an equally drab, chick-pandering track, wasn’t right behind it. Both are lame and teetering on shitty. “Get Low” has sort of an old school feel to it. Memphis squares off against Proof, an up-n-coming artists, but neither proves impressive.

The album does hold one undeniably awesome track, “First, Last, And Only,” featuring the kings of cameos, M.O.P. The beat is as gangster as it getsâ€”a badass synthesizer reverberating like a bass guitar with team of trumpets sounding over the chorusâ€”all while the tenacious energy of M.O.P. sandwiches Bleek in the middle. They come together like roast beef on rye, tough and delicious. Next up, “Smoke The Pain Away” is a lulling lullaby for weed enthusiasts, followed by a pair of amped up Just Blaze tracks, “Hater Free” and “Oh Baby” featureing Young Gunz.

Toward the last cluster of songs, “534” shifts to show a more somber then savvy Memphis Bleek. This is probably due to 9th Wonder’s poignant style of sampling, which always seems to evoke some emotion, but something tells me Bleek got real on them as well. In “Alright” for instance, Bleek sounds more vicious then he has in years:

“It’s M to the E â€“ M, headed to the top with this
Says niggas on The Roc don’t wanna rock with this?
Damn, that’s the thanks I get? when you know
I’m the one who started all this fucking gangster shitâ€”
Wildin’ out for no reason, smokin’ that refer with your heater
Just me and Jetter, tag teaming, beatin’ the beat up
Rockin’ the Caesar, pushin a two-seater with divas
Niggas didn’t believe us, now they hate when they see us
And the crib got multiple features
Everybody got a car but non of them on leases
This is a gift from god, but I don’t go to the preacher
I flossed for years, you watch I’ll teach ya
I just dropped M.A.D.E. I admit it was a sleeper
Everybody went out copped it, now beaten the streets up
Put it in my hood, in two weeks it heats up
Bleek done stepped up but Jay will never leave us”

His newfound feistiness continues through “All About Me” to the final track “Straight Path”; a fiery tell of a friend who attempts to go straight, only to die his first day on an honest nine-to-five.

I’ll have to admit, I wanted this to be Bleek’s come-up. He sounded so passionate, so determined, so different in all his pre-release interviews. I thought with Jay-Z officially out of the way it would be Bleek’s time to finally shine, to show the world he’s not mediocre. Although honestly, there is not much improvement here from his last three albums. Bleek’s flow is definitely fired up, and the boy does get deep on a few tracks, but when 80 percent of his rhymes are still on the same ol’ shitâ€”money, guns and drugsâ€”its hard to hear real change.

Memphis Bleek is making all the right moves, just not all the right music. “534” is still too generic to stand out. Plus, rap is changing. The “Money, Cash Hoes” formula has become bland, even to the greenest hip-hop ear. The “bitches and blunts” content still works to a certain extent, but listeners need something more now. Eminem knew this. Jay-Z knew this. His last trio of albums moved toward more expression. For instance, “The Blueprint” and “The Black Album” were surpassingly thematic and visionary, while the tracklist on “534” remains extremely targeted towards defined markets. “Like That” is obviously aimed at the clubs, while “Infatuated” and “The One” are tailored more for radio play. Then you throw in a little hardcore (“The First, The Last, The Only”) for street credibility, a old school track (“Get Low”) for veterans, an few introspective songs for the post-Eminem explosion (“Alright” and “All About Me”), and of course, one number to soothe the weed smokers (Smoke The Pain Away”). Each song aims at hitting a different listener instead of using the universal appeal of emotion and empathy to sell us all. In the end these songs aren’t bad, they just aren’t effective.

Bleek’s ambition is admirable. His headstrong style almost mimics the tenacity of his mentor, Jay-Z. But as an artist, he lacks the creativity and vision to propel himself to the next level. The truth is, this is as good as Memphis Bleek gets. He is giving it his all, and it makes for a good listen, but he’s just not a top rank contender. Grab “534” if you looking for a solid rap album for the summer, it’s defiantly above average. But if you are still hungry for real hip-hop, you might want to check somewhere else, “534” is sold out.