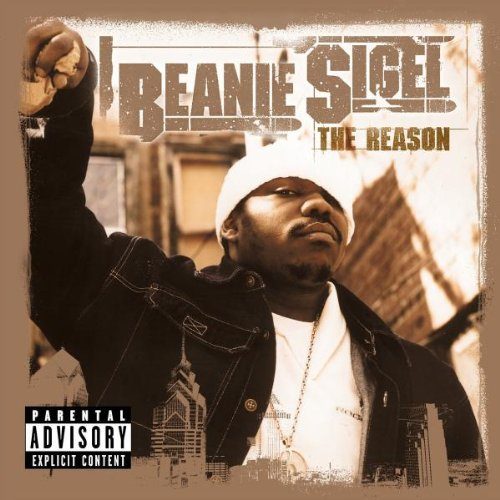 Guess who’s back? Beanie Mack, bitch. Don’t start beefing; that’s his own misogynistic description for coming back to the rap game after a year’s hiatus following “The Truth.” Since his debut album did more than reasonably well by SoundScan standards (700K according to the Roc website) it would only be natural to come back with another dose of his Philly raw uncut – the surprise here is that unlike most sophomore albums, the second time around is better.

First, there’s the production. Handled by a diverse and creamy selection of beatmasters including Just Blaze, Rick Rock, and the MUCH absent and highly missed No I.D. (he of Common Sense’s “Resurrection” fame) the beats on Beanie’s new album thump, bump, sparkle and shine. Ironically the weakest track herein may be the year 2001 update of EPMD on “So What You Saying” with Memphis Bleek. The hook is perfect, and the raps are tight, but by trying to change up the bassline they lose the thump that made the original so fat. Other than that there’s plenty to like. The ominous “Get Down” uses a Quincy Jones sample that was obviously worth whatever sample clearance cost; 88-Keys drops a beat on the snappy “Watch Your Bitches”; No I.D. restyles James Brown on “Man’s World” and “Mom Praying” by Just Blaze with Scarface will have heads on the Atlantic AND Pacific coasts shedding tears.

Secondly, there’s the lyrics. Where the rapper once known as Beans seemed to be stuck in a methodical pattern of making every line rhyme, his lyric writing skills have now stepped up a bit to allow more changes every 6 to 10 bars. It’s not that you can expect anything on par with the dexterity of the elite in backpack rap, but Mack (bitch) never wanted thar market and certainly doesn’t cultivate it. Beanie holds it down strictly on the strength of his charismatic flow (which was always above average) and the ability to detail narratives of hustling and street pharmacology which paint vivid pictures. Where his debut seemed rushed to capitalize on his newfound fame as a member of Roc-A-Fella, this album sounds more planned and as such is also better executed. From defending his lifestyle and rhymes to his critics on “Still Got Love For You” to the very “Change the Game”-esque beat and comical attitude of “I Don’t Do Much”, Beanie Sigel succeeds in drawing you into his world, Philly style.

By the end of the album when you’re hit with the haunting melody of “What Your Life Like 2”, you’ll realize that a lot of things have gone up a notch in Roc-A-Fella’s camp. Like Memphis Bleek before him, Beanie Sigel redeems the investment Jay-Z made in him by returning with a stronger second album than his first. That’s not to say I have high expectations for a new Amil album, but if this trend continues The Roc will be a force to be reckoned with in the 21st century and beyond. In the pantheon of Philadelphia rap from The Roots to Will Smith, make room for a mack (bitch) – he’s definitely earned his right to shine.