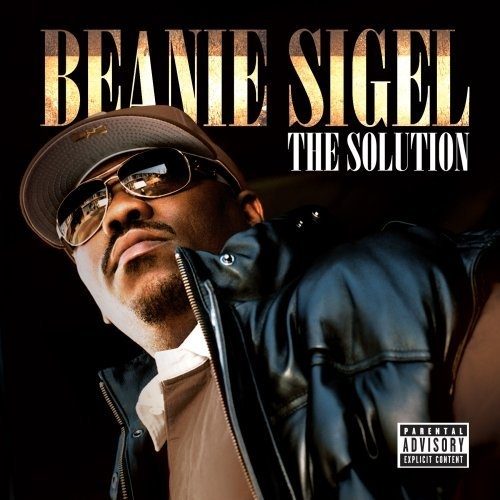 With celebrity gossip websites and TV shows being all the rage these days I’m surprised somebody hasn’t launched a hip-hop only TMZ to keep track of the drama and legal problems rap stars go through. You can have that one on me – I don’t have the time to launch it myself so that’s free money for somebody out there. All I can do is occasionally post updates to the RapReviews Newsfeed when big shit goes down. If I had been running a gossip and news website for hip-hop stars though I can immediately think of five names who would’ve had the most traffic over the last five years – Snoop Dogg, Foxy Brown, Busta Rhymes, Pimp C and Beanie Sigel. It seems like every time I write a Beanie Sigel review he’s been through or is currently caught up in some drama. Last time out it appeared Sigel was on the outs with Jay-Z and Roc-A-Fella Records. Since then Beans has engaged in a war of words with Kanye West, DipSet and The Game among others. It seems whether verbally or physically he’s not afraid to let the bullets fly regardless of the consequences. Fortunately as far as the latter is concerned he’s managed to largely avoid further legal trouble, which not only gave him the opportunity to patch things up with Roc-A-Fella but to record and release “The Solution” for the label. No more mixtapes or remix releases – the real B. Sigel is back!

In the span of seven years my attitude about Sigel’s sound and style has shifted significantly. Originally I felt his bluster was forced, his constant references to street cred actually weakened said cred, and that his vocal tone was a deficit. I wasn’t a fan of Ludacris’ vocal tone or delivery the first time I heard him either, but I caught on to Luda’s style a lot faster than I did Sigel’s. Eventually he won me over with improving beats and a more developed sense of narrative colored with honest self-inspection. Beans matured from the Broad Street Bully to the Thoughtful Philly Gangster and released two solid albums in the process – and were it not for his troubles he probably could have released at least two more during that span. Nevertheless “The Solution” picks up where “The Reason” and “The B. Coming.” I tend to bounce around through tracks on a first listen and I was immediately struck by “I’m In,” which even at this late date may go down as one of 2007’s smoothest rap songs. Producer Chad ‘Wes’ Hamilton samples Luther Vandross’ “Make Me a Believer” and Beanie floats lovely over the smooth R&B groove, dropping an interpolation from Biggie’s “One More Chance (Remix)” in the hook: “Once she grins, I’m in – game begins.” If this song was cleaned up for radio lovers everywhere would slow dance to B. Sig:

“Excuse me miss, please take no offense
But I’m shoppin for a ladyfriend about your size
I saw somethin that could be a 4, if you could try that on
Shit, I could peep the fit before I buy it for her
She smiled, tried it on with no problem
Stepped out lookin like The Next Top Model
DAMN! I told the salesclerk to give me two
And told ma for all your work, this one for you
You keep it, that’ll be our little secret
Now peep it, to make this long story shorter
I ain’t get shorty name ’til the next morning”

Now that is some motherfuckin PIMP GAME. Beanie is all over the map on this album though, his most experimental to date, pushing the boundaries of what you’d expect from his rap both musically and lyrically. On “The Day” Sigel rocks with Ozzy Osbourne as the two mutually cover the Black Sabbath classic “War Pigs.” I’m dead serious. I was headmoshing to the track as Beanie spits aggressively prophetic lyrics perfectly matched to Sabbath’s darkly powerful riffs:

Sigel also has some of the songs you’d expect in 2007 for a rapper trying to stay contemporary. The Runners produced “All the Above” sounds and feels exactly like an Akon produced track, and eerily R. Kelly seems to be playing the Akon role throughout. Reefa lays on the bass and drums heavy for a duet with Jay-Z on “Gutted,” looking down on other rappers who imitate Roc’s success but don’t have the money to ball “open bar, we got it covered” style. Speaking of which it seems Courvoisier is now officially dead as Diddy and Ghostface Killah are passing Patron on the Rockwilder banger “Shake it For Me.” In fact some websites (including the notoriously unreliable Wikipedia) actually list the song AS being called “Pass the Patron” but it’s an equally suitable title given the hook.

Right here, right now, I’m stating I expect to get it for the score on “The Solution.” A lot of people skip ahead to the album score without even seeing the critical analysis of the beats and rhymes and that’s just fine. If you’re going to take issue though you need to listen to “The Solution” yourself and then read the review again. Even when Beanie is being a braggart on smooth songs like the Don Cheegro and Dirty Harry produced “H.H.E.H.” he comes off a level above his flossy contemporaries:

“As I skate through the city in that black cuatro
You fake Willies frontin like you got dough until I prove ’em it’s not so
I shine like a brand new penny from that Franklin Mint
That black Masi’, it don’t make no cents/sense
but to drive and make dollars, your pockets flat like tires
Your money still ALL SLOW like new drivers
I pop more than the collar
You niggaz poppin cheap-ass bottles of Moet
That bullshit Chandon, that little chick on your arm be long gone
When she recognize a real don”

Beanie’s lyricism has definitely come up to another level. Sigel is on and off beat yet fluidly sticking to the tempo of the song and far from A-B A-B rhymes at this point in his career. While other rappers would say they’ve got an iceberg on their wrist, Sigel compares his shine to a newly minted penny – that’s just a place boring so-called macks and hustlers would never go. Sigel sums it up best when he says that long after he’s gone, “they gon’ dig up my bones and study my poems and learn I was more than the gun and the song.” I’ve learned that already. For an album that came out with little publicity and almost no fanfare, “The Solution” is an album informed by Sigel’s hustles and struggles that still manages to elevate beyond them to offer a broad appeal as the self-described “fat boy on a sucker free diet” puts out the best gangster rap Philadelphia has seen since the heyday of Schoolly D – except that Sig’ is on a level now D could never touch.