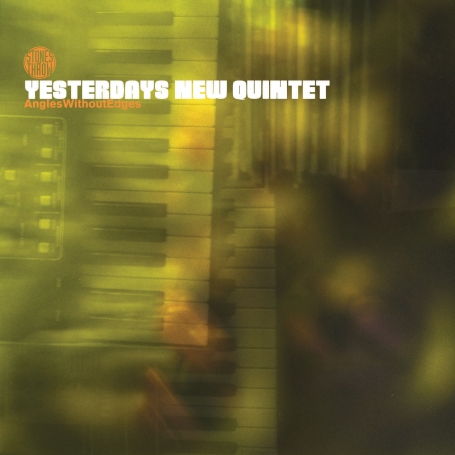 Ask any longtime hip hop fan what album they thought put a sign in the middle of the road, forcing people to go into new musical directions, and you’re bound to have as many answers as there are choices. “Paul’s Boutique”, “3 Feet High And Rising”, “Endtroducing”, “It Takes A Nation Of Millions To Hold Us Back”… the list can go on and on. While not a major breakthrough, “Blowout Comb” by Digable Planets showed people the possibilities of being different and unique in an art form that tends to be more conservative than it should.

Yesterdays New Quintet. The name itself sounds like an early 60’s free jazz combo from the village of nowhere. So why are YNQ on a label primarily known for their hip hop and (more recently) funk 45 reissues? If you consider the path Stones Throw has taken in the last few years, coming across some laid back funky jazz like this doesn’t seem out of the ordinary. It’s a bold move, but one Stones Throw are willing to take, because it’s the furthest thing from hip hop anyone has heard in awhile… or is it?

Its members have names that appear to be a who’s who in the world of new jazz: Ahmad Miller, Monk Hughes, Otis Jackson, Malik Flowers, and Joe McDuffey. One could say that each member bring into the studio their expertise of their instrument. Not only is the music some laid back funky jazz, but there are some wordly elements too with the inclusion of the kalimba. One could say they fit in with other funk/jazz and improv groups like Medeski Martin & Wood, Soulive, ulu, Jacob Fred Jazz Odyssey, or Mission:. But what you, the reader, wants to know, is what YNQ are about?

Yesterdays New Quintet’s sound, on the surface, consists of well crafted sounds that comes off as free jazz, mixed within a tight funk frame, circa 1971-1972. Jazz fans might compare the groove of “Paladium” to Herbie Hancock’s work on Warner Bros., such as his 1971 album MWANDISHI, where the American qualities of jazz are mixing in with the African percussion to make a point. Some of the songs have a feel of a jam session, where it seems like you opened the door into the studio and interrupted a vibe. The album is all instrumental, so you can turn off the need for a verbal message and let the music move you in anyway possible (“Thinking Of You” is strictly for movement between two people, or more if you wish to go there.) Each song packs a mighty groove, and everything sounds warm due to the real instrumentation. No synthed basses or voices, everything is organic. Or is it?

You might be asking yourself what the hell is an album like this, which sounds like a 70’s era Ramsey Lewis, doing on a hip hop site. I would then tell you that the five people in the group, and producer Madlib, are one and the same. I would also proceed to say that the music on this album is combination of samples and real instrumentation, put together almost flawlessly to sound like a real band in a smoky dingy nightclub, 3am.

If one approaches this as a modern album representing the jazz/funk of the early 70’s, you’ll go out of it enjoying each of the 19 songs on here. You know the type of album, the one with the weird cover, on some obscure label you never heard of, with titles that don’t make sense. You’re a beat junkie and you’ll looking for funky loops. You find this album and pick it up, take it home and absorb it. You find about three breaks, but end up enjoying tne entire album for its creativity, its warmth, and the way it moves you to smile because you found something that sounds so good. If you’re a fan of Madlib’s work, you know he has been able to do this within a hip hop capacity. Here, he creates jazzy soundscapes that are as daring as the original pieces he sampled. It’s very easy to put together a drum loop with some extra weird sounds. What isn’t easy is to create these pieces and have them sound like fully developed compositions. Each of these songs are well thought out, and because of the way they are constructed, they demand your full attention. You could play it at your next party for an incredible ambience, or have a listening party for two and allow the sounds to take you on your own unique journey.

“Angles Without Edges” may not sound like a regular hip hop instrumental album, and perhaps it shouldn’t. Even with over 20 years of hip hop history behind us, the music of YNQ sounds miles away from the hip hop of today. However, this is the music that should have existed for us ten years ago, the natural progression of sounds that came from A Tribe Called Quest and Gang Starr. Or perhaps this is the natural progression, everything that has come out in the last ten years has lead to the concept (and reality) of this record. The average hip hop head will probably look this over, but then again it takes about ten years for the population to discover this type of genius. I plan to dwell now in this experiment before everyone has a chance to catch up.