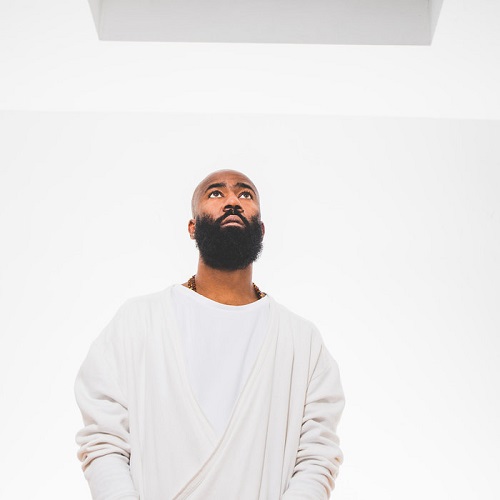 The Twilite Tone :: The Clearing

I am not blessed with a particularly good memory, but even being terrible at hip-hop trivia, there’s a relative wealth of random details that I continue to remember. Like the fact that Common’s debut album (when he still went by Common Sense) “Can I Borrow a Dollar?” was (safe for one track) produced by Immenslope and Twilite Tone – 10 out of 12 times separately and twice collectively as 2 pc. DRK. The duo also scored – individually – Com’s breakthrough album “Resurrection”, with the only difference that Immenslope was now No I.D. and Twilite Tone was Ynot.

Part of the artistic success of “Resurrection” was that the two producers and their lead vocalist reined in their impulsivity in hopes of getting on a trajectory towards maturity the way De La Soul or A Tribe Called Quest had done with their second and third albums. The restraint led to sparse but beautifully shaped production whose purpose could be heard in every note and drumbeat. Admittedly, at least in the credits Ynot played a smaller role in “Resurrection” than No I.D., but if you read Complex.com’s ‘The Making of Common’s “Resurrection”‘, that might have also been due to Ynot’s critical mind. Either way those must have been competitive sessions that, under the impression of the recently released “Illmatic”, motivated all three to level up as they were writing, sampling, programming and recording.

Ynot was still in the picture when Common’s profile began to rise above Chicago and hip-hop in 1997 with “One Day It’ll All Make Sense”, but the producers and musicians that accompanied him further down the road were the likes of ?uestlove, Jay Dee, James Poyser, Karriem Riggins, No. I.D. and Kanye West (at different stages, obviously).

It would be impossible for us to tally up Tone’s works between then and now equivalent to No I.D., who steadily advanced his production career and, after early on mentoring Kanye West, has associated himself with success stories of the past decade such as J. Cole, Big Sean, Vince Staples and Logic. Ynot must have been up to other things than creating music professionally, at least before emerging once again in production credits on G.O.O.D. Music releases of 2012 and ’13.

The next boost was producing the Gorillaz’ “Humanz” project in 2017 together with Remi Kabaka Jr., and now in 2020 he has arrived where many passionate musicians who are are not quite done yet end up, either Stones Throw Records or the instrumental suite – or in this case both.

“The Clearing” could mean that Tone is clearing out some old pieces of music, but while it was indeed recorded a couple of years ago, what it definitely doesn’t sound like is a heap of scraped up leftovers.

Never does the 42-minute sonic stream feel disjointed, even as drums clap, basslines throb, and sounds soar ecstatically, all tearing at the seams of the structure without bursting them. Twilite Tone’s groove theory is all about fluctuation, whether he does his best to teach vocal samples subtlety on “It’s You//Issues” or stretches Moog-lines like handmade noodles on “Journey Into Sound”. TTT also understands drum programming in beatmaking as a challenge, one that he gladly takes up – with drums that sound the part. Just take the heavily bumping “Ancestors and Angels” for a test drive. But he will also politely direct them to the background if he doesn’t want them to distract from other elements, such as the cascade of synthesizer lightnings that gradually overtakes “Do it Properly”.

Certain bits he incorporates will sound familiar to those with a background knowledge in hip-hop beats. Just don’t expect “The Lite” to revisit the Common/J Dilla collaboration “The Light”, as he treats the track to a brushing effect, which makes it just short of abrasive. Plus, the image of L.L. Cool J alone in his room and staring at the wall conjured up at the beginning of “I Still Need Love” quickly becomes an afterthought as loud drums fill the room.

“The Clearing” is music that communicates with the outside world. Like most music it may travel mostly digitally in 2020, but in its essence this is a physical affair, at one particular point – the sensual “Baby Steps” – even making sexual desire tangible with candid female vocals nudging you in the proper direction. “Tuff Love” is a body-movin’ experience of its own with its riotous atmosphere, setting up a bare-bone mid-album break together with the snarling “The Sound” and the more absent-minded than approachable “N’LoveAgain”. Towards the end the project leans more heavily into electronic funk, leading into the chilled out “Taxi Cab Confessions”.

A ’70s baby and ’80s kid, Twilite Tone’s influences are forseeable and to be sure, “The Clearing” is not eartshattering, let alone groundbreaking. But he’s not bent on reinventing himself as he lets his personal history with music shine through and lets on glimpses of his personality (last but not least via quirky vocal samples). Although this is music you can train your ears to because all the details stand out so clearly and the sound is so transparent, it is still something you can have on in the background while doing other things. “The Clearing” is for some the chance to reconnect with a name hovering around hazy memories, and for the younger generation to witness hip-hop as a part of the dance and black music cosmos.