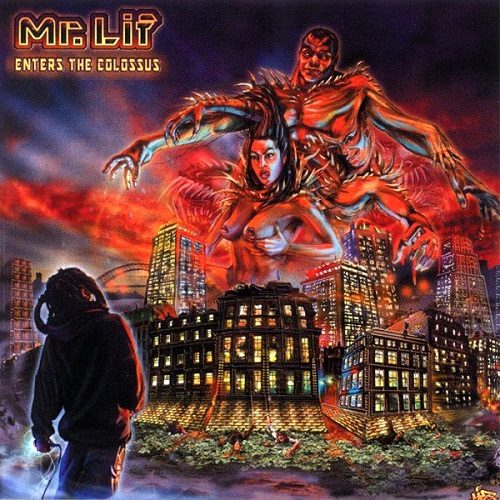 Merriam-Webster defines a “colossus” as a statue of gigantic size and proportion, from the Greek kolossos. The scope of hip-hop as a musical genre and culture could in fact be called colossal in scope – having a broader reach and influence in the 21st century than at any time in it’s past; having more artists competing to have their musical vision heard than at any time in recent memory. In such a broad and competitive arena there’s no time for a weak entrance – a mic-wielding hip-hop warrior must be as bold as the Roman gladiator who stares down the emperor and loudly declares his destiny to win.

Mr. Lif has some of the best buzz of any rapper coming out of Boston, except for maybe 7L & Esoteric. Having joined forces with former Company Flow frontman El-Producto on his Def Jux record label, people expect only big things from a man whose name alone seems to indicate elevation in hip-hop. With this he hooked up with producers Fakts One, El-P, paWI and Insight – as well as providing some of his own beats on the short EP “Enters the Colossus.”

Boldness is almost always a plus, but in Lif’s case it seems to have been a minus. Perhaps he should have taken some advice from Broadway Joe – don’t predict the outcome unless you know for a fact you can deliver the goods. Fakts One does deliver the goods on his two contributions, “Cro-Magnon” and “Avengers” – the latter featuring fellow Boston rapper Akrobatik; and Lif really bombs on this one. While Akrobatik’s vigorous flow punches in with witty rhymes and a vocal tone that changes for deftly for emphasis, Lif drones on in a continual monotone that even Jadakiss or Guru would slap him for. The end result is that while Lif’s words look great in print, they have no aural appeal while listening:

“You feel refreshed, now let’s continue the quest
I use a towel to catch innards of those we disembowel
for foul play (Lif what did Colin Powell say?)
Who knows, I had flood waters wash his ass away
He was just another rabble-rouser from Babel’s tower
Livin in the glorious realms of false power”

Reads great, doesn’t it? But it’s delivered with the enthusiasm of Bein Stein uttering “Anyone? Anyone” in “Ferris Bueller.” This sadly is the case of a rapper whose mind-power might be truly colossal, but his personality and charisma destroy any interest. In the end, you end up listening to this album for the cameos by the likes of Illin’ P and the Knights of the Round Table; while enjoying beats such as El-P’s 70-esque funk on “Arise.” That’s all you can really get out of the album. For a rapper with such colossal buzz, the end result is that Sugarhill Gang and Digable Planets already claimed the 8th and 9th Wonders – there’s just no room for a 10th.