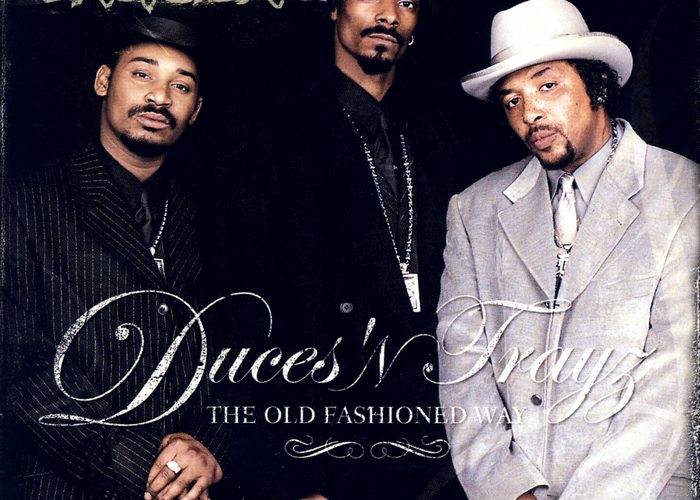 What’s cripalatin? For better or worse, this phrase is now bound and determined to enter the hip-hop lexicon thanks to Snoop Dogg. Resisting the temptation to sound like an irresponsible and lazy “blame it on the rap music” parent is kind of hard; since I personally think that it’s irresponsible for hip-hop artists (and not just Snoop) to have made “cripping” come across as an extension of a hedonistic hip-hop lifestyle. There is a very real and dangerous possibility that this album, more than the now ubiquitous “c-walking” phenomenon has, will actually encourage influential minds to start wearing blue plaids and throwing up sets they’re not even part of. I was more than glad to see the popularity of gangbanging in commercial hip-hop die out in the 1990’s and can only find it disturbing that it’s making a resurgance now.

Nevertheless, for the 18 and up set that this album should definitely be geared to, Tha Eastsidaz have returned with a new project that sets a much higher standard. Though they once served as a platform Snoop could build his vanity label Doggystyle Records with, Tray Deee and Goldie Loc have definitely established their presence as more than just “homies of Snoop.” A diverse roster of producers also helps keep things cracking. The highly underrated Battlecat provides a sparkling backdrop on “I Don’t Know”, a bass heavy funk on “Welcome 2 Tha House”, and the irresistably catchy synth bounce of the lead single “I Luv It.” Talib Kweli’s main man Hi-Tek has a surprisingly heavy funk on “Eastside Ridaz” and a silly and playful pimp stroll on “Cool” – who knew he got down like dat? Much in demand underground hitmaker The Alchemist even finds time to bless a few jams: the Curtis Mayfield-esque “Friends” and the trademark eerie Mobb Deep funk for their guest appearance on “Connected.”

The subject matter is somewhat predictably slanging and banging while partying and hanging. This is interspersed with overt references to the affiliations of colors and sets in Tha Eastsidaz family. Only one song’s title actually goes so far as to shout it out from beginning to end and in every chorus – the Battlecat produced “Crip Hop”:

As reluctant as one can be to endorse any album that goes so far out of it’s way to introduce naive innocents to a dangerous set of ideals, The Eastsidaz still have a quality product with “Duces ‘n Trayz.” Hopefully nobody will make the mistake of thinking that because they can memorize all of Goldie Loc’s lyrics that they can be down with Rolling 20 Gangsta Crips. An instrumental version of this album would be great hip-hop funk for all ages and class groups, but the one sold in stores is definitely for adults only. Hopefully if anything catches on about this album it will be the diverse and entertaining music and the smooth flows of Snoop and friends; not Snoop’s desire to “talk crip shit to you baby.”