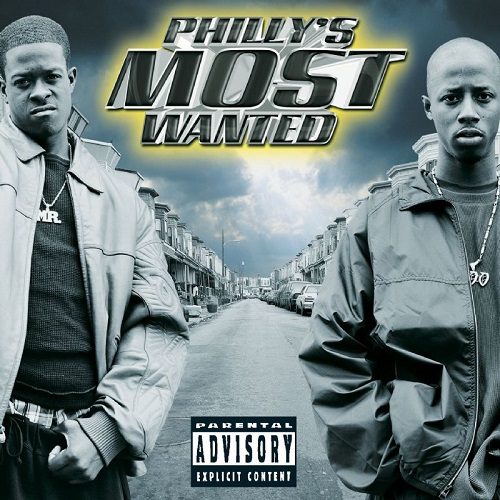 Philly’s Most Wanted :: Get Down or Lay Down

The rap scene seems saturated with generic MCs and bouncy club style beats. The fact that Fabolous is creating a serious buzz is perfect evidence of that. Enter Philly’s Most Wanted. Boo Bonic sounds and flows just like Jay-Z, and like the self-proclaimed King of Rap, has an affinity for dropping some entertaining one liners. Mr. Man, on the other hand, has pretty good if undistinct voice/flow, accompanied by lyrics that usually are soundly outclassed by Boo’s. Add to this mix the Neptunes: the Virginia-based production team handles all but a few tracks on this album. The result is an album that has one purpose: buy it and bump it, whether that’s in the club or in the car.

The first track, “Radikal”, is a very Neptune-sounding track in which Most Wanted drop verses about balling and telling the haters to fuck off. It’s about as typical as a track can get. I’m sorry, but that review can fit just about any track on this album… the only thing that varies throughout the entire thing is the beats. The lyrics are literally about the same thing on every song. And that’s fine; Philly’s Most Wanted have made it clear that their songs are all about getting a party jumping. And for sure, there is plenty of material on this album that can do that. Witness the two singles, the Latin-influenced “Cross The Border” and ultra-smooth “Please Don’t Mind”. The Neptunes, often accused of having “all their beats sound the same” showed some diversity on these two tracks, in that neither of them is IMMEDIATELY identifiable as a Neptunes work. Like the rest of the songs on here, they have their share of humorous one-liners, most of which come from BooBonic:

“Look around dog, what you see nigga?
A whole lotta model bitches
then me nigga
Million down in the drop in this pearl
With jewels so
sick make niggas wanna hurl
Do it look like I care that’s your girl?
She diggin me and love that I’m all the way thorough
You talkin shit?
Don’t concern her
Before I fuckin go hit more bitches than Ike Turner”

Besides the hit singles, there are plenty more songs to tear the roof off on this album. “Philly Celebrities” features a silky sonic beat that is absolutely perfect for the dance floor… if this song is dropped as the next single, it has serious potential to blow up. Songs like “Dream Car (Do You Wanna Ride)” and “Suckas Part Two” featuring Beanie Sigel feature the trademark Neptunes sounds on opposite sides of the map; while “Dream Car” features a minimalist guitar and electronic sound effects in a little more subdued fashion, “Suckas Part Two” features the same bass guitar sound that was made famous in “Superthug”, and is an absolute banger even if it does sound like a lot of other beats they’ve done. Overall though, this album seems fairly average.

Philly's Most Wanted :: Get Down or Lay Down
7Overall Score
Music7
Lyrics7