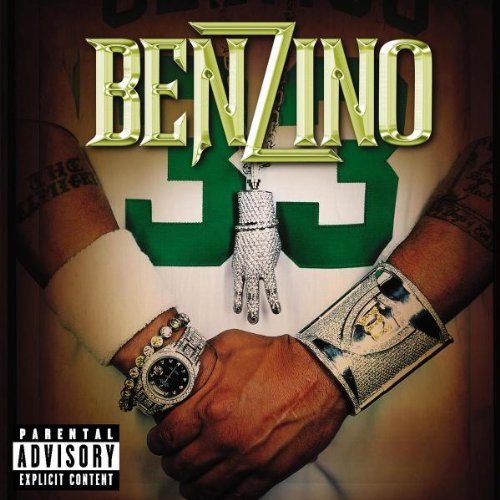 Motown is hanging their hip-hop hopes on a bevy of rappers who they obviously feel could crossover: AZ, Queen Pen, and now Benzino. The name may be at least vaguely familiar to you – he was the architect behind the popular “Bang Ta Dis” heard in many places this summer, and also released a song on the “Rush Hour 2” soundtrack as well as penning the club song “Boottee” with Teddy Riley which is just now starting to make some noise.

The history of this Boston rapper goes much deeper though. As a founding member of the Almighty RSO whose alias was at times either Ray Dog or Ray Benzino, the rap veteran has been part of more than his share of controversy. Following the explosion of furor over Ice-T’s “Cop Killer” song with Bodycount, RSO became targets of the Fraternal Order of Police over their song “One in the Chamba.” RSO found themselves friendless in the rap industry, even though the track was more a call for police oversight in Boston than for ruthlessly shooting officers for no good reason. This wasn’t truly the incident that isolated RSO though – it was a fiasco instigated by David Mays, part owner of The Source and a backer of the RSO group. Mays personally inserted a three page article on RSO into the November 1994 issue of The Source over the objections of Source staffers – who complained the group had already unfairly been given favorable coverage and that members of the group including Ray a.k.a. Benzino had theatened to “roll some heads” if their upcoming record didn’t receive a record of four mics (out of five) or more.

When the staff saw the issue, editor James Bernard, co-owner and co-editor Jon Schecter, music editor Reginald Dennis and five other staffers all left in protest. Many of us (myself personally) understood little of the background behind it at the time, but it was the beginning of the end for The Source as a reliable and quality hip-hop magazine. Although it is much more popular and has a much wider circulation today than it did then, the fact checking is suspect (they can’t even tell Bizarre and Proof apart in D-12 reviews) and people generally suspect that any advertiser who buys two or more pages of ads will get a four mic review for the rapper on their label of choice.

Ironic that they are more successful and generally less credible; a problem that former RSO member Benzino can probably relate to. Either in an attempt to hide their past or start over fresh, the remainder of the group changed their name to “Made Men” and cut a brand new album in 1999 called “Classic Limited Edition.” Most of the industry was little fooled and the album was widely panned – in many cases unfairly. Despite the suspect nature of their praiseworthy review in The Source and suspicions they had paid for radio and video play, the lead single “Deja Vu (Is It You?)” and many of the other songs on it really weren’t that bad. RSO despite all their controversies were never a TALENTLESS group, just one who got ahead because of their connections.

And now we have the Benzino solo album – an album for whom the artist formerly known as Ray Dog is placing his bets on to finally take his rap career to the next level. To be sure, the music alone will definitely make some waves. Produced almost entirely by his crew Hangmen 3, there are plenty of bangers throughout. The aforementioned “Bang Ta Dis” would be dope no matter who rapped on it, as would tracks like “Feel Your Pain” featuring Outlawz, “Nobody Liver” featuring Pink, the darkly ominous “Any Questions” with Black Rob, and even the somewhat overused Patrice Rushen beat “Settle For My Love” sounds good on “Ghetto Child” featuring Bobby Brown. Oh, and speaking of guest artists, P. Diddy shows up on “Who is Benzino?”, Raekwon the Chef and Cormega show up on “The Jump Up” and Prodigy shows up along with Bobby Brown on “No Parts of Us.” Benzino has no shortage of friends – a fact which may actually make already suspicious people more suspicious that he bought his way into a dope solo debut.

There’s no doubt this is a good record though, despite it all. Only the Teddy Riley produced “Boottee” is really over the top and intentionally so given it’s intended club and pop music audience. Even though a lot of Benzino’s raps are so forgettable as a rapper that there’s no verses worth quoting (although it’s good to see more rappers repping for Boston) the album as a whole flows by smoothly. It’s even charming to see him rap with his little son Ray Ray on the song “Shine Like My Son” with vocals sung by Case. Rappers could use more tracks like these – other than Will Smith, E-40 and Click Tha Supah Latin, most of them shun having family on their albums. For me though, family is the thing we ALL relate to. Thanks to the quality of the musical production and the bevy of guest stars throughout, “The Benzino Project” actually lives up to the word “Project” in it’s sense that it seems to bring a lot of different people together to make one good record. This may be the record that proves that despite his sordid past, Benzino is finally ready to leave it all behind and be the star that Motown hopes he is.