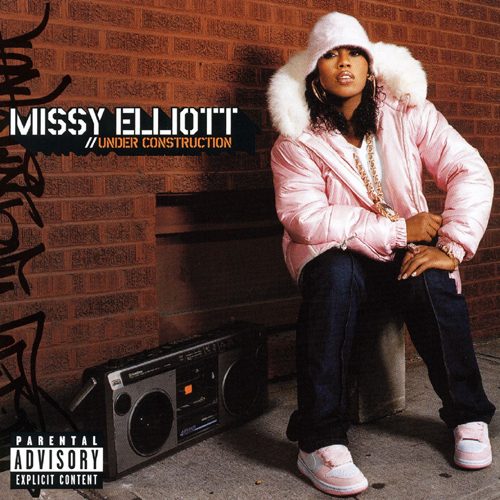 To say Missy Elliott has defied expectations is an understatement. Many people, even qualified hip-hop experts, viewed her as a novelty or a joke when “Supa Dupa Fly” was first released. The beats were slamming, thanks largely to Timbaland, but Missy’s lyrics seemed to be a joke. “Beep beep, who got the keys to my Jeep? VRRRRRRRROOOOOOM.” Her success was no laughing matter though; while people doubted her ability she released two more smash hit albums: “Da Real World” and “Miss E… So Addictive” which each had multiple chart-topping hits. Clearly Missy Elliott was not driven solely by beats, even though the quirky charm of unusual tracks like “She’s a Bitch” and “Get Ur Freak On” definitely made her sound stand out from the crowd.

As a result we’ve gotten the chance to see Missy Elliott evolve over the years, and what might have seemed like comedy or farce at first has in fact revealed itself to be subtle genius. Just ask any comedian and they’ll tell you nothing is harder than making people laugh every time. Missy avoided that stigma by not becoming a one-trick pony. She still writes lines that will make you laugh like “Picture Lil’ Kim dating a pastor” on “Work It,” but she’s also got the versatility to write sultry songs of seduction, straight up battle raps, and tales of nostalgia that yearn for the good ol’ days. Speaking of which, Missy becomes the latest rapper to write a song called “Back in the Day,” but given Timbaland’s “H to the Izzo” style beat and Jay-Z’s appropriate guest appearance on the song, you won’t be mad at it. Peep his verbals:

“So fuck Chuck Phillips and Bill O’Reilly
If they try to stop hip-hop, we all gon’ rally nigga
Post Biggie and ‘Pac I gotta hold down the city
Make a nigga wanna ‘holla’ like Missy, but fuck it
Just let a nigga MC
The best rapper alive, unquestionably
If you rip on your +EP+ you gonna need an +MD+
So “You Gots to Chill” cause I “Kill at Will”
like solid water dude; y’all niggaz don’t get it
“Kill at Will,” solid water? Ice Cube
Ha ha, that’s how hip-hop has evolved
Jay-Z’s for President, I’m namin Ra as the National God”

It might come as a small surprise to some people that Timbaland didn’t produce several of the tracks; but HOLLLLD UP, don’t panic – Missy did them herself, and she’s obviously learned under Timmy’s tutelage. You won’t be mad at the slinky beat and her smooth singing on “Pussycat,” which is just a little too raunchy for radio – but that’s fine by me. That’s what “Nothing Out There for me” featuring Beyonce Knowles for, and she obviously wasn’t shy about blowing to Missy’s beat. She seems to have stuck to producing the more R&B oriented tracks here, as her other contribution is “Can You Hear Me” featuring TLC; a heartfelt tribute to Aaliyah and Left Eye as well as the fallen rap artists of recent years. It was probably too late to give up a shoutout to Jam Master Jay in the mix, but the supreme irony is that Timbaland’s track for “Work It” includes a sample of Jay scratching from the Run-D.M.C. classic “Peter Piper.”

Missy recorded several messages for her listeners throughout the album, but the one at the end may be the most relevant. “Far as I’m concerned, I do what I do the best way I can. [..] You may not feel like I’m a real hip-hop artist but, I don’t have to be. I grew up on hip-hop, and that’s what motivated me to do music.” Missy doesn’t need to make any apologies for her style and she knows it, but you’ll know it too when you hear her rapping on “Hot”:

“Look, I ain’t on no rah rah shit
You don’t wanna test how far Miss’ get
Me and Timothy cars got kits
But we don’t drive around tryin to prove you shit”

Really, that says it all. If you ain’t pissy about Missy, this album is right up your alley. If you don’t like hearing her mix a little singing with her rapping, or you still don’t take her writtens seriously, so what? Ms. Elliott makes the music her fans and hip-hop heads like, and Timmy provides the fuel for her fire. It ain’t really changed for Missy, except maybe to get just a little bit better.