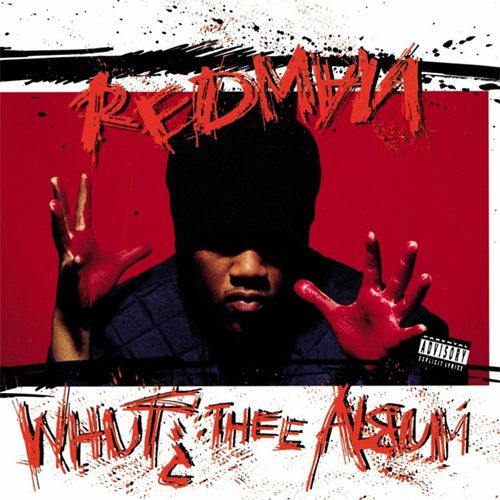 In 1992, Eric B. & Rakim were basically gone, same with EPMD. That meant it was time for a new era in hip-hop… the FUNK era. Although this was most definitely popularized by Dr. Dre & Snoop out West, it wasn’t ALL G-funk that was re-creating the funk into rap. Redman hadn’t forgot about the Funk. Originally popularized by George Clinton and Roger Troutman in the 70’s and early 80’s, theirs was the music that got the whole funk shit started.

Redman was down with Erick Sermon of EPMD, the king of sampling old tracks for new, (some might even say BETTER) tracks that were used for hip-hop. NOTE: Redman and E-Dub were SO tight that Erick let Redman LIVE with him for two year’s after his mom’s kicked him out! Erick Sermon (along with Redman) produced the entire album and it definitely had that EPMD feel to it. Basically if you love old funk and soul you’ll love the music.

The album starts off with the the most hardcore shit Redman has ever done. “Time 4 Sum Aksion” has a thumping drum beat and a deadly Cypress Hill sample. Redman comes off rough as hell! Couldn’t have started an album off better. But Redman really starts the funk with “So Ruff.” The sampled “Flashlight” beat is funky as fuck and Redman kicks a storytelling rap about AIDS… but with a sense of humor. Most rappers wouldn’t try shit like that simply because they couldn’t pull it off, but check out these lyrics:

“We stripped to bare backs and took care of the bare facts
No hats? Went Funkadelic
Took a splash, you know how that go fellas
Two months later (see you later alligator)
She was pissed and, I ended up seein my position
She took a blood test, she took a head check
Looked at me thinkin, ‘Why the hell he isn’t dead yet?’
Then I asked her, ‘Why you lookin at me?!’
She said, ‘Redman because you have the HIV’
Called Erick and his set, ‘That girl don’t mess around!’
Too late, cause Erick already had his drawers down!”

Redman’s sense of humor is almost as powerful as his funk. His funk is definitely apparent on “Watch Yo Nuggets” featuring Erick Sermon. E-Dub only appears on the album once and is (amazingly) the ONLY guest appearance on the album. What’s even more amazing is the fact that NO guest appearances are needed. Redman carries the entire album himself with his clever, hilarious, funky-ass raps. Even without the fat beats, this album would STILL be maad nice just because of his rapping. Yes, he’s THAT good. He easily out-raps Erick Sermon on this track even though Erick comes nice with his smooth flow and lines like “Hello, I still got the same funk flow and yo/ I still get busy like Arsenio.” Redman raises his ante with “Funky fresh in the flesh, the Sooperman grand slams a new twist /Scoop this, Redman is milk like two tits.” Aaaaawww HELL yeah.

But Reggie Noble got a huge boost from his underground hit “Blow Your Mind.” (Both versions appear on the album but the remix is MUCH better). Redman got so much confidence he even raps in KOREAN. “Redman Meets Reggie Noble” pulls off the “two people, one rapper” act that made Slick Rick so popular while “How to Roll a Blunt” is funny as hell, but also informative for all you weed-smokin amateurs. But he closes the album up with “A Day of Soopaman Lover”; a sick storytelling rap with a beat change in the middle of a song. This song is so sick, he’s made a “Soopaman Lover” track on every one of his albums since, taking a page from EPMD’s “Jane” saga.

Redman’s lyrics have never been better. They were so good that “The Source” picked him as 1993’s Top Rap Artist. The lyrics are, no question, the best that Redman has ever kicked. That’s not to say his lyrics got worse, they just never seemed to compare with the lyrics on this LP. The only thing in question on this album are the beats. Some people say they’re too “Old Skool” and way too out of date, but I don’t buy that. This album is still one of the best solo debut’s of the 90’s and it’s a shame it only went gold. “Press rewind if I haven’t blown your mind,” raps Noble – and if you check out this album he will.