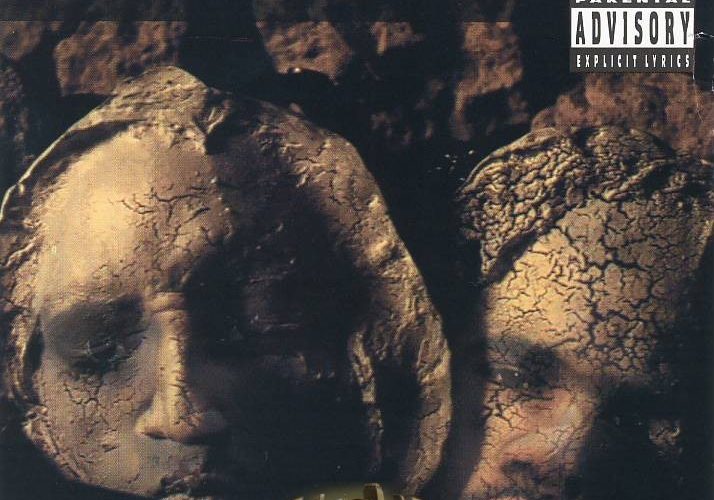 Here’s a noble way to promote your CD: ‘A portion of the proceeds from this EP will benefit the Arthur Young Fund for Leukemia,’ it says on the back of the 2000 Kinfuzeon release “Faces of Life”. Leukemia is one of the many gloomy aspects of life, and apparently someone close to Kinfuzeon became a victim of it. Chances are, this person is also the topic of “Rest N Peace”, where Kinfuzeon member Dolla raps:

“Keep your faith in God and don’t fall apart, I know it’s hard
faces of life, obituaries and cemetaries bring a lot of scars
It’s Dolla, wishin’ on a star
This deck of life gave me a bad hand, gon’ play my card
and pray to God that you rest in peace
Treehouse gon’ keep your name alive throughout the streets”

The reason I mention all this is that I realize that this CD has ties to everyday life. The question is: what exactly is that life like? There are only 8 tracks on this CD but I swear some unidentified ‘enemies’ are playing a key role in about 6 of them. There is so little variation in what Kinfuzeon are trying to tell us that “Hate”, the first song, basically repeats what has already been said in the album’s “Intro”. And from that point on “Faces of Life” slips only further into darkness. There’s drugs, and death, there are demons, and black crows, everything depicted in the crudest form possible. It really doesn’t get more dreary than this. Outsiders often wonder if there’s any artistry involved in a music genre like death metal, with its gory clichees and mushy sound. After listening to “Faces of Life” they’ll learn to appreciate the subtleties of death metal. Despite a relatively short playing time, this CD is one long succession of mind-numbing choruses, shouted, angst-filled lyrics, hurried flows, and nerve-wrecking beats. The only bright spot on this utterly obscure record is “Ghetto Conscience”, if only because of the presence of a ‘concept’, a dialogue between someone’s ‘good’ and ‘evil’ side.

Only Kinfuzeon could explain how it came to this. If their world (which in real life is set in Detroit) is really that one-dimensional or if they’ve been listening to too much hate-fueled rap music. It’s as if they tried to make their primal fears come alive in beats and rhymes; or they just had no idea how to make a convincing rap record.