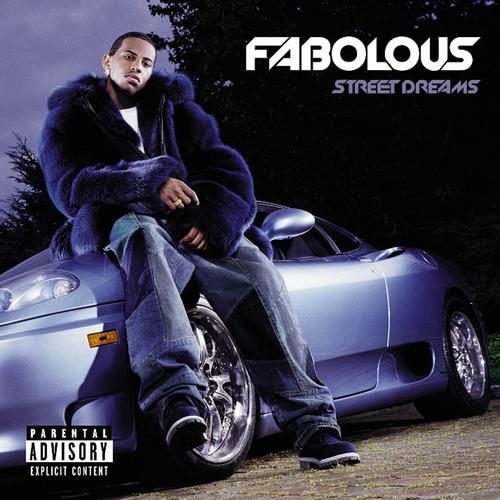 Long after the phrase “ghetto fabulous” had already crossed over from the hip-hop underground to the pop culture mainstream, DJ Clue gave people amnesia and made them forget anybody besides Fabolous even originated the saying. While Clue had been putting artists on the map for years with “ex-Clue-sives” all over New York City, the F-A-B brough mixtapes to the mainstream with a platinum debut including the smash hits “Can’t Deny It” featuring Nate Dogg and “Young’n (Holla Back).” For the last quarter of 2001 and the better part of 2002, it was hard to turn on any broadcasted hip-hop mix (TV or radio) without hearing his unwavering voice flowing over a booming beat.

It’s interesting to note how every few years in hip-hop, another basically monotone rapper picks up the microphone and claims the throne in pop culture. Where Mase left off, Fabolous took over – and there’s no denying that in terms of commercial marketability and influence, F-A-B is a heavyweight. His success has spawned scores of imitators trying to come up the way he did through word of mouth and street tapes. To Fab’s credit, none of them can really hold a candle to his flow. It may be monotone, but it’s polished to a shine brighter than The Rock’s bald head. And on his new album “Street Dreams,” Fabolous is paired with the kind of producers who make even unknowns into household names. You’ll hear Rick Rock on “Not Give a Fuck,” Tone & Poke on “Damn” and “Call Me,” Just Blaze on “Can’t Let You Go” and Kanye West on “My Life.” Of course, it wouldn’t be a Fabolous album without Clue & Duro putting in work, and they do it quite nicely on the piano based “Up On Things” as well as “Into You” featuring Ashanti.

Once again, the Desert Storm team has crafted an album which undoubtedly will please Hot 97, Direct Effect, and 106th & Park. This still doesn’t make Fabolous a great rapper though. Over two decades ago Grandmaster Flash & Melle Mel coined the phrase “something like a phenomenon” in the song “White Lines,” and while everybody from De La Soul to LL Cool J has borrowed from it Fabolous is the first to embarrass it with “Not Give a Fuck”:

“I’m somethin like a phenomenon
But still dumpin whenever the drama’s on
Y’all hustlers can’t eat fit meals, and it feels
something like when it’s Ramadan
Hope you chumps been walkin with armor on
Come through they dump and keep all the hollows long
Yeah, something’s turnin this momma on..”

Really though, he drug the wordplay concept about “five lines on too long.” Clever? No. And it’s not just that Fabolous repeats his ideas, he repeats his actual punchlines. You’ll hear him rapping about his “throwback so old it’ll make your grandma glance” here, and in the next song “Damn” he does it again with the line “And my Mitchell & Ness throwbacks be so old, they could be somebody grandparents.” Excuse me? Either he REALLY likes those damn throwbacks, or he’s just not smart enough to come up with anything new to say. After twenty tracks of this album (minus an “Intro” and a cut called “Wake Up” which was mysteriously edited out right before pressing) you’ll conclude it’s the latter. Fabolous raps about the same shit – how fly he is, how many women he gets, how much ice he rocks, how many cars he’s got. Other flossy rappers do the same, but don’t have Fab’s monotonous voice or inability to say anything fresh. He admits it on the Omen produced “Change You or Change Me”:

“Why would I change? I ain’t never slide down a bad pole
Even though I’m certified over plat’s sold
They say I’m different cause I ride in a plat Rolls
But every time, we gotta ride don’t this cat roll?
I never snitch and go and hide in a rat hole
And I ain’t givin you nothin besides what this gat hold
[…]
People shouldn’t be hateful, they should be grateful
But fuck it, I guess I gotta keep my three-eight full
I’m playin, the game, like I’m, supposed
Stayin, the same, like I’m, supposed
Ghetto Fab in da house, hip hop hustler
One million customers, and I still bust at ya”

Stayin, the same, like he’s, supposed. YUP! He seems to be obsessed with the fact he sold a million last time, and undoubtedly he will again. With the inclusion of bonus tracks like the Clue & Duro produced “Throw Back” (feel free to roll your eyes), a “Keepin’ it Gangsta” remix with The LOX and M.O.P., and the smash hit “Trade it All Pt. 2” with P. Diddy (kinda sad when Puffy outraps you) this album will be another huge hit. Don’t get it twisted, “Street Dreams” is not a bad album, it’s just not a FABULOUS album; actually, maybe it is after all. Either way, expect to hear “Can’t Let You Go” featuring Lil’ Mo (she probably still owed him for “Superwoman Pt. II”) and “Damn” throughout the rest of 2003. He’s the monotone rapper of the minute, and probably will be until the point you want to throw your HEAD back and throw UP.