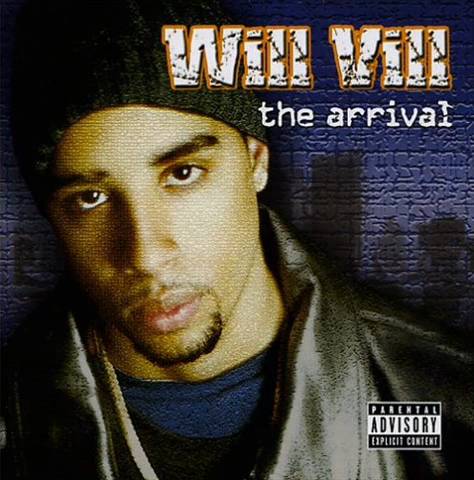 Will Vill :: The Arrival

As much as New York remains the epicenter of underground hip-hop, not many New Yorker MC’s actually get to the point of recording an entire longplayer. By now, the Bay Area has probably surpassed the Big Apple by a long shot, as far as the number of hip-hop albums released goes. Slowly but surely, however, NY’s vast indie scene is getting hip to the game, realizing that the only way to long-term fame and gain lies in the album format.

Hailing from Washington Heights, rapper Will Vill knows that there’s a legacy to fulfill, and so from the door he promises to hold it down for “NYC – hip-hop at its fuckin’ strongest.” “Walk With a Bop”, the intro to his debut album, is indeed a nice representation of the confidence rooted in knowing that hip-hop was conceived among these blocks. But there’s a lot of other drama going down in these city streets, which Will Vill is eager to speak upon. Having made a name for himself with the anti-police song “Devils in a Blue Dress” (then recording under his full name Will Villainova) in 2000, the rapper goes to lengths to paint the violent picture of ongoing urban decay that rap music is known to portray since almost day one. One has to say that had he been more insightful in his approach, “The Arrival” would have been a more convincing album. While he stays clear of the overdone ‘thug’ pose, his lyrics are still full of first-hand violent encounters.

Similar to many promiment New York rappers, Will Vill represents the hip-hop-loving boy who the streets have turned into a hardened man: “We used to grip mics, now they got us clippin’ the nines / doin’ life bids for minimum time / blamin’ God for committin’ some crimes / the only thing that makes sense now is nickels and dimes.” And since “beef is real,” the “streets is ill” and “war is a deep ordeal,” competition is bound to end up on the “Front Page”. On “Wishes”, his reflections reach a little deeper when he rhymes:

In short, Will’s multiple and contradicting wishes include wishing for better times for all as well as wishing on the downfall of others. That’s rap music for you, the sinner in the confession booth, asking to be forgiven and in the same breath cursing his enemies. Or, as Will Vill realizes: “There I go again / the devil made me lose control again.”

In that regard, “The Arrival” would be the same old same old if it wasn’t for “Behave Like a Slave”, a keen analysis of the materialistic “slave to society, seekin’ fame and notoriety / 21st century slave, a new variety.” In the era of the bling-bling, this song is a strong wake-up call, with Will weaving compelling lines like “get your drink on / we just slaves gettin’ our whip on / yanked by the chains with the $1000 links on / wake the fuck up, youngblood, get your think on.”

The album’s lead single, “Keep it Gritty”, is a good representation of Will Vill’s mindstate. The hook promises to “keep it gritty like scuffed up Timbs and baggy jeans / keep it gritty like porno flicks and magazines / keep it gritty, no dough for chickens and stunts / keep it gritty, that’s more dough for liquors and blunts.” Will adds, “if I buy shortie Cris she better sip that slow.” Elsewhere, he sums up his steez as follows: “I ain’t got no Cris, Cartier or the latest whip / but I got mad spliffs and the pains to spit.” The way he spits could be compared to the Terror Squad collective, with a similar rhyming stamina, minus the fast flows. His voice is somewhere in the mid-range, coming across clearly. Technically, there’s little fault to be found here.

Lyrically, he’s solid, his rhyming ability leading him to heights such as “it’s crystal clear, rappers in abysmal fear / cause they might lose dough throughout the fiscal year”. He tries to get REALLY lyrical on “Outshine the Sun” and scores in the process, but he fails to live up to the “I’m so deep, my book of rhymes is at the Vatican, got the pope readin’ my scripture” promise as the album progresses.

While the more mystic joints (“Headlock on Satan”, “Exodus”, “Blood & Sand” – despite its title and the oriental sample not a comment on current events in Iraq) will only reach a limited audience, “Confused (So Fresh)” is a nice little ditty many should be able to relate to, the way Will Vill humorously breaks down his confusing relationship with a shortie.

Production for “The Arrival” is strictly kept within the crew (the Hashayshines), as Spoo the Noble, Atmos, Outty Cas and Will Vill himself take turns turning the knobs, crafting a fairly consistent musical background characterized by melancholic melodies. Safe for the occasionally uninspired drum programming, you never get the impression you get from so many other records of the same category – that nobody involved in the making possesses an ear for music. Standout tracks include “Wishes” with its improvised piano playing and staticky atmosphere, “Clarify”, whose bitter-sweet flute is only the tip of an elegantly constructed track, “Blood & Sand” and “Exodus” with their oriental flavor and the classical music-inspired “It’s Only Right”. Only their blatant attempt at contemporary club sounds (“Keep it Gritty”) seems destined to fail.

The rest of the album is as solid musically as it is lyrically, thanks to the reliance on sights and sounds we’re all familiar with. That outstanding performance that makes heads turn in your direction it is not. That’s why for now I will leave you with these words from Alberto Salazar, a man who’s won three consequtive New York City Marathons: “If you want to achieve a high goal, you’re going to have to take some chances.”