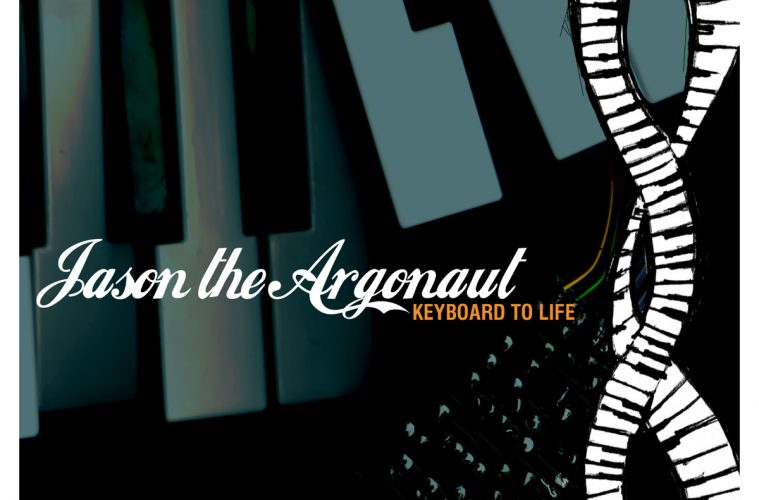 Jason the Argonaut :: Keyboard to Life

“It raised me like a child
taught me how to read, write in wildstyle
It played with my emotions
I couldn’t front, it got me open
And I know it hurts now when they get blinded by the light
and I feel it in my heart when a wack muthafucka grabs the mic
and I seen it all change
I know the songs will remain
I know the money is to blame
Now I look what it became
and I know it will last forever
and I’ll roll with it and I’ll get better
This is a open letter of sincerity
and I do this just for me”

Normally, you’d catch Jason the Argonaut rolling with his crew Disflex6, with whom he put out three full-lengths (“1984”, “Roadside Attractions” and “Where the Sidewalk Ends”). But when the opportunity arose to put out a solo album, a broken ankle allowed him to take a timeout from his day job to record “Keyboard to Life”, like most of his beats produced on an Ensoniq ASR-10 keyboard/sampler. These sessions resulted in a confident and straightforward but at the same time intimate and abstract album.

After a cursory listen, not much of what Jason relates immediately sticks. Some songs are fairly accessible, such as “Rock Steady (Addiction Song)”, which is about alcohol abuse, or “Corporate MC”, which describes the plight of a non-professional rapper in a humorous tone:

“I make it to my desk, my office, my cubicle
I put on my headset and then it’s business as usual
‘Hello, hey there, you got a sec? My name is Jason’
I got the mouthpiece to become that number one sales agent
Kinda blatant how I lie to get your ass to sign
And I never thought I’d be the one to present you with a dotted line
but man, I wanna rhyme full-time and keep this life behind me
And this is the confessions of a corporate MC”

But many other songs come from a more introspective angle, such as the two presumed tracks dealing with relationships, “Firebird” and “Funny Valentine”. As “Songs About” suggests, you wouldn’t be the first to ask Jason about the meaning of a particular song, because not only does he introduce it with the words “everybody always wants to know what’s the song about,” he spends it trying to tell us what the song IS about. That it was written and recorded on that infamous September date in 2001 may be a lead, but expect a finely tuned, inconspicuous yet intriguing track instead of a rushed tribute or something. Clearly one of the standout cuts on this album, “Songs About” captivates you with its delicate atmosphere and well timed tone changes.

It’s pretty obvious that Jason the Argonaut is a producer first and a rapper second. His delivery would profit from a clearer diction and less vocal layering, and whenever he teams up with his partner from Disflex6, Lazerus Jackson, his limits as a lyricist are even more clearly revealed. But the fact that he can handle different tempos shows that he isn’t new to this by any means. Still his forte is production. This album contains some beautiful samples, usually something sad and somber yet highly melodical. The sound turns increasingly abstract after a more traditional opening, but “Consider This” with its ill-matched organ sounds in the chorus indicate that the boom, the bap and the bump are not really Jason’s thing. But for every opportunity wasted (a gorgeous sample that starts off “Music Box Breakdown” but is never heard from again), there’s one seized (the ill flute that closes off “Trunk”).

In the end, “Keyboard to Life” probably doesn’t stand out enough from the bulk of similar Left Coast releases to really appeal to the outside world. But it’s an overall very professional package that contains at least three items (“Firebird”, “Ment to Be”, “Songs About”) that deserve to escape their underground confines.