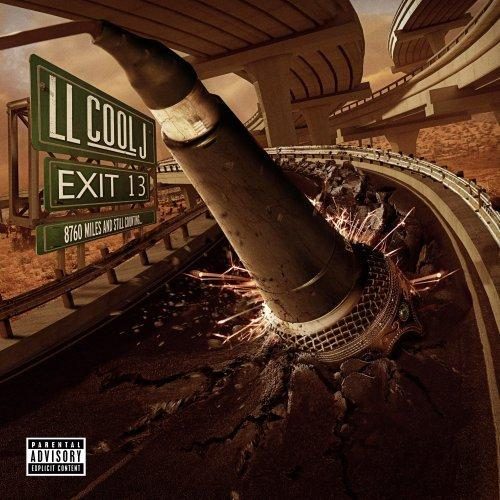 Divorce rates are down to their lowest level for many years in the UK – unfortunately, that doesn’t seem to be the case in Def Jam. After pumping all their cash into one-hit wonders, Rihanna/Ne-Yo and marketing for any time that Jay-Z rolls out of bed, they seem to be casting off deadwood. Calling L.L. Cool J “deadwood” is something that you wouldn’t really do to his face, and the big man has finally had enough of being treated like a third rate rapper. Without doubt, he isn’t the artist he was a decade ago (or even two decades ago) but surely he is relevant enough to keep on? Def Jam disagreed, and James Todd Smith is planning his exit on his thirteenth album. The result is as acrimonious a break-up as you will hear on wax, but were you really expecting anything else from a man with an ego the size of a private island? L.L. doesn’t want alimony. He wants revenge.

Has he successfully cooked up that dish best served cold? There are three points that jump out immediately: the obvious effort put into the album (more than his last three albums put together); the relegation of his usual ladies anthems to only about 30% of the LP, favouring harder street anthems; and the fact that he swears more than the rest of this decade combined (most of it being vitriol aimed at Def Jam). All that effort results in his best musical album for a long time – whilst the last few albums have possessed a couple of hot singles and whole lot of filler, this reverses that trend. There aren’t many jaw-dropping instrumentals or even massive singles, but that level of consistent dopeness is there – and it is, somewhat like “Tha Carter III,” an album that will sit most comfortably in your car stereo. The album is certainly a touch too long, and later songs like the desperate cheese-fest “American Girl” could have been culled – he sounds like the aural version of that creepy friend of yours that spends a little too much time downloading porn… Still, it is obvious that for the first time in a long while, Hollywood has had to play second fiddle to hip hop.

As the album kicks off with the melodramatic and venomous “It’s Time For War,” you worry a touch that Uncle L.L. has lost his touch when it comes to spitting – however, after the first couple of tracks, he finds his feet and it is back to business as usual. This isn’t to say he is amazing, but solid as ever and much more in common with the dude that warned everyone that “Mama Said Knock You Out” – and by the time the album closer “Dear Hip Hop” comes round, none of that passion is lost. Over mournful strings, he ponders the part that he has played in hip hop’s obvious demise from the glory days of the genre (and his own halcyon days). What is immediately obvious is the carefully pieced-together music – if this were a focus-grouped album, the target would be RapReviews readers as opposed to the usual Ladies Love Cool James groupies. Think a clever combination of live instrumentation, sinister synths and old-school bangers. Add to that a sprinkle of the usual female club joints, and sometimes the whole lot combine in one – like on the rather good “Feel My Heart Beat” featuring some cat named 50 Cent. L.L. even starts spitting “Tipsy” style on verse two, but it works very well. He even gives shine to a whole bunch of talented new school kids on the banger “Get Over Here” – and following the repetitive and repetitive single “Baby,” none other than MARLEY MARL pops of to produce the shiver-inducing “You Better Watch Me.”

There genuinely are a lot of very impressive tracks on “Exit 13” – whether it be the soulful swagger of “Cry,” the brilliant brevity of the “Window Shopper”-esque “Ur Only A Customer” – not to mention an impressive Fat Joe verse on the hard come-hither “Come & Party With Me” (yes, you read that correctly – “Fat Joe” and “impressive” adjacent at last). Of course, name me a recent nineteen-track opus that didn’t need a decent trimming and I’d hand you the scissors inscribed “wrong.” The “Mr. President” song might have been more interesting as a big fat fuck you to Jay-Z (former President of Def Jam) as opposed to a slightly ponderous political misstep, and “Like A Radio” is just a bit too Ryan Leslie. But even after digitally deleting the weaker songs, you are still left with an hour of music that will pleasantly surprise you – and should get bumped more than disappointing recent efforts from apparently “relevant” artists. In other words, all that effort that L.L. finally put into “Exit 13” has really paid off – and he is getting the best revenge of all… Showing Def Jam what they will be missing.

This is what Flash said when opening the review of L.L. Cool J’s last album, “Todd Smith” â€“ “L.L. Cool J is the “dot.com” in DefJam.com. Without him they would not be a company, let alone a commercial entity.” Bear that in mind. Now read on.

I was watching a movie on the TV the other evening, “Blast From The Past.” It has Alicia Silverstone, and features Brendan Fraser as a guy that has been kept underground in a fallout shelter all his life, finally going over ground. It is a strange but intriguing film, with one of the core messages being how society has deteriorated over the last few decades. At the end of the film, Alicia Silverstone’s voiceover notes that Fraser’s character takes such good care of his elders, his parents, because that is how it has always been done, historically speaking. In other words, the parents look after the children, and eventually the children will look after their parents: it is the circle of life. That is more or less how it is in my culture too – I know that one day I will look after my parents – so I appreciate this sentiment more than most. Someone at Def Jam – and I’m not pointing fingers – has totally fucked up the circle of life, regarding L.L. Cool J. Without L.L., you wouldn’t have a fucking record label – he looked after you, and now you’re kicking him out. The fact that you are letting him go – family, nonetheless – proves that you have no idea about history, no compassion and certainly no damn sense. If it was simply down to money, then control his recording budget – but at least treat him with some respect. Even if this isn’t a Grammy-winning album, it is actually better than most of the bullshit Def Jam has released this year, and if L.L. Cool J had a point to prove on “Exit 13,” he has made it in acerbic style.