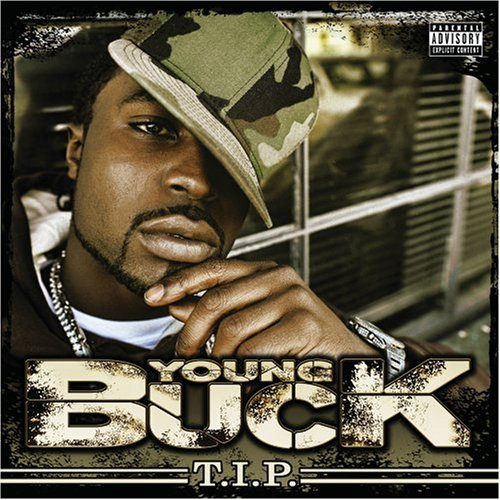 At first glance you might be asking yourself the same question that I was. “Why would G-Unit release a new Young Buck album the same week that 50 Cent has a new movie and soundtrack to go with it?” It makes no sense on a multitude of levels. Even if a Lloyd Banks and a Tony Yayo album were finished and mastered the same day, they would release them weeks if not months apart so that they would each sell the maximum amount without cutting into each other’s sales. And speaking of sales, how can Young Buck’s album hope to compete against the slew of 50 Cent purchases this week? Besides the album and movie there’s a 50 Cent “Refuse to Die” documentary DVD, and for PSP owners there’s even a UMD version of the bonus DVD from “The Massacre – Special Edition.” This is only the beginning of a merchandising onslaught for 50 that includes a new video game among other products and will last through Christmas and beyond. It would be the WORST possible time of year for them to release any other G-Unit projects.

If you’re looking closely though the mystery of this seemingly bizarre decision seems to unravel before your eyes. Of all the 50 Cent products mentioned above there is one not authorized by G-Unit in any way – the “Refuse to Die” documentary. In fact 50 Cent doesn’t even appear in it. The entire thing is pieced together by interviewing his family and friends. Then when you carefully examine Young Buck’s “T.I.P.” you note that there is not a G-Unit imprint anywhere on it – another unauthorized release. In fact this Young Buck album is from John Galt Entertainment, the same company which released Young Buck & D-Tay’s “Da Underground Vol. 1” last year. The similarities between the two don’t even end there. Like JGE’s previous Young Buck release all of the songs on this album are produced by D. Smoov. JT the Bigga Figga cashed in on The Game by releasing albums such as “Untold Story” compiling old material recorded for his label in a new form; It appears Mr. Galt is doing the same thing, only he is in his own way as brazen as the producers of “Refuse to Die” are. If this were a G-Unit record they would not split the market so carelessly; even if they did release two albums the same week they would run a huge publicity blitz to make sure both sold well. Rather “T.I.P. and “Refuse to Die” share the common bond that they are trying to milk the ALREADY huge publicity for 50 Cent based on his movie and soundtrack. Their backers are hoping some of that PR rubs off on them and that consumers will either dig a little deeper in their wallets to buy such releases or that they can split the dollar and take half, all without having to spend a cent to promote their product.

Whether or not you resent their gall you have to admire their scheme from an capitalistic viewpoint. Who wouldn’t want to take something that costs almost nothing to produce and make a fortune with it? Of course that only succeeds either if the product is good enough to stand alone or the public is blissfully naive that it’s not and buys it anyway. Pedro Hernandez gave us good warning on “Da Underground Vol. 1” that Young Buck’s early material was not good enough to stand alone. Everybody deserves a second chance though, including John Galt Entertainment, so I endeavored to listen to “T.I.P.” and see if the results were any better this time. Things actually start out on a fairly promising note with “Blood in Blood Out,” a track on which Buck’s flow sounds fairly close to his latter day work and D. Smoov manages a solid if unspectacular musical backdrop. The song is only held back by the back and forth exchange with Rizin Sun. While Sun may be a promising rapper he is not billed as sharing the track on the back of the CD and you only find out he’s there by listening to the song, reading the liner notes, or both. The album is full of such surprises – some pleasant, some not. It’s good to hear Southern legend Bun B on songs like “Thug in the Club” and “Purse First,” but the unfortunately dull D-Tay is back on 6 of 13 songs. Even D. Smoov tries to get his rap on “Thug in the Club” under the moniker Smoov Jizzell. The only thing more ridiculous than that name is his lyrics:

“We chasin the scrilla, I hope you get the picture
Bun B done do for the dirty and I’m the mayor of the muddy
Shit gon’ get bloody and ugly if one of you bitches touch me
And pop loud, we ain’t in Moscow, bitch why you rushin/Russian?”

That punchline was played out years ago, and so is Smoov’s unimpressive take on bounce music. Three 6 Mafia wouldn’t even take a shit on a track like this. Thankfully there are a few tracks where Buck gets to solo on his own like “Crime Pays,” and for better or worse they also have the best of the album’s production. On this track the potential Buck is evident in his confidant flow and brash delivery:

“You havin money by the ton, I got thousands by the pound
And the urge to splurge for all you niggaz want an ounce
Ain’t no problem with the product, long as you got the amount
And every bit of my fetti, cause every bit of it count
I’ma roll in the low, rain snow hot or cold
Finish my narcotics and put my bitches on the road”

Sadly too much of this album is just plain mediocre. D. Smoov occasionally comes correct with decent beats like “All My Life” and the slow creeping and thoughtful “Can’t Keep Livin,” but he comes with just as many tedious beats like “Hard Hitters” where the vocals are bogged down by D-Tay and Rizin Sun. While this album is a little better than “Da Underground Vol. 1” it’s still clearly an attempt to cash in on Buck’s fame; and this time even on his association with 50 Cent through the G-Unit. John Galt Entertainment probably will move a few units with “T.I.P.” but if you’re waiting for a Young Buck album that comes correct on the beats, lyrics and guest stars you’ll have to wait a little while longer – how long depends on if and when Buck goes to prison and how long he’d be there. I’m sure like Lil’ Kim though he will record an album for release just in case he does. In today’s world even the dead or incarcerated still make somebody money. In fact I’m sure JGE will release another Buck album the day he’s sentenced.