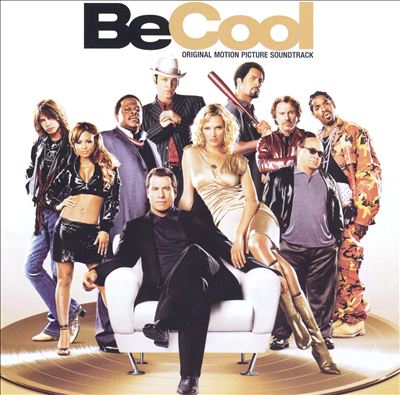 What is â€œcoolâ€? Cool is indefinable because itâ€™s always changing. Bell bottoms were once cool. Vanilla Ice at one point, in a very confused country, was cool. At this very moment, some people think iced diamond bracelets are cool while some believe rubber bands on the wrist are cool.

Although indefinable, itâ€™s not undetectable. Deep in the cerebral cortex of every hip human being is a hidden sensory nerve that pulsates every time were encounter cool. We donâ€™t know where it comes from and we donâ€™t know why itâ€™s there, but a mystic, aesthetic vibe lets us know when weâ€™re in its presence.

It comes in the form of fashion, language, and perhaps most notably, music. Many feel it while hearing the funk of James Brown, the grooves of Earth, Wind, and Fire, or the bounce of the Black Eyed Peas. So itâ€™s no mystery that they were selected to be part of the â€œBe Coolâ€ soundtrack.

The album kicks off with Earth, Wind, and Fireâ€™s â€œFantasy.â€ The less historically aware might recognize the first 10 seconds as the sampled loop for Nasâ€™s â€œLive Nowâ€ off of his new CD. Cool recognize cool. The funky bass plucks, wavy strings, jiving trumpets and silky vocals let you know that youâ€™ve entered the soul of the 70â€™s.

â€œHollywood Swingingâ€ by Kool and the Gang is yet another example of timeless grooves that transcend the burnout of coolness. The funky intro horns have been sampled for hits by Ma$e and Too $hort. Cleary you need dollar signs to use this song.

The Black Eyed Peas show up with â€œSexyâ€ off of their latest album, â€œElephunk.â€ Although the song fits the theme of the rest, itâ€™d be nice to see a group thatâ€™s still active make a new song for the soundtrack.

Baby Bash attempts to recreate the radio smash â€œSuga Sugaâ€ in the form of a crowded mesh of pianos, horns, claps, and of course the Jamaican singer trying to add bounce to an originally crooned hook. The reggae remix wouldâ€™ve been more tolerable if we never heard the original because it was much more aurally soothing.

Planet Asia and Kurupt drop â€œGâ€™s and Soldiers,â€ a filler track that sounds like it couldnâ€™t make the cut on either of their albums. Planet Asia sounds like he was in the middle of reading a good book while throwing an uninspired lyric our way every once in a while.

In a CD filled with previously heard tracks and less than stellar new songs, perhaps the most surprising aspect is the two standout tracks by Christina Milian. The rock tinged â€œAinâ€™t No Reasonâ€ and piano ballad â€œBelieverâ€ will stir emotions one way or another.

The Rock attempts to steal some moxy from George Michael, as he tries to create the gay anthem of the year with â€œYou Ainâ€™t Woman Enough.â€ Although he sounds similar to a drunken redneck singing around a campfire, the talking on the breaks is quite funny, claiming if you keep looking at his man youâ€™re going to have â€œ245 pounds of feminine ass whooping.â€

This soundtrack is fun but for the most part it lacks originality. The same old school funk groups can be heard in movies all across Hollywood. Itâ€™s yet another formula soundtrack that although cool, is far from great. As previously mentioned, something can be cool one second and old the next and despite the classics that hold it up for moment, this CD will quickly fade out of the rotation like bell bottoms in the â€˜80s.