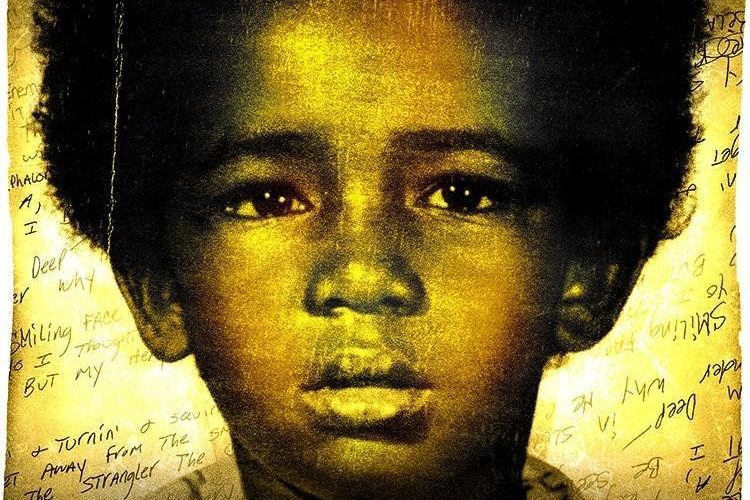 I’m going to defer to Tech N9ne here, since in the liner notes he describes the concept of this album far better than I could myself: “This ‘Vintage Tech’ album was made for the fan who has been here since day one, for the new found fan who missed the early material, and the fan who has just been waiting two years for the new album […] a lot of these songs you might not have heard due to the content, but I’m at a point in my life where the fear of death is no longer present, so I thought this was a good time to let it loose.”

The two years that Tech N9ne refers to cover the gap between this album and the release of “Absolute Power.” If you copped that album and/or any of his previous work, you represent a cult underground following that’s always on the verge of going mainstream but never quite seems to crossover. That’s the way it seems to go sometimes. Esham is still waiting for people outside Detroit to catch on. Common and Twista both struggled in obscurity for years as Chi-Town rappers on the come up. Tech N9ne is the gritty witty rapper who’s never saditty straight out of Kansas City. Actually that’s not all true – Tech can be pretty damn cocky at times. One of the dopest songs on his last CD was “I’m a Playa,” a brash self-descriptive narrative where he was “lookin clean cut/matchin from head to toe dippin with a mean strut.” Complete with a beat and chorus that both mocked and paid tribute to “Amadeus,” the song was a certifiable banger as was the rest of his album in every way that counts – except that is on the charts.

Tech may not get wreck on Billboard like he should, but he’s still got hella loyal fans from the midwest of the U.S. to worldwide, and they will certainly appreciate “Vintage Tech.” Tech is an MC who believes in taking everything to the max, even when it comes to being conceptual. You may have thought it was ill when Common flipped “H.E.R.” as “Hip-Hop in it’s Essence and Reality” but wait until you check out Tech’s album and see a whole new side. “S.H.E.” ain’t a nice dime who went from b-girl to gangsta bitch, “S.H.E.” was ill as hell and off the fuckin chain right from the start:

“I was cool, I was drinkin my juice I was never really in the mood
‘Til I was approached by a beautiful angel, in the nude
But I flipped my top, when she set that butter skin on my lap I was shocked
Lips locked, feelin like my heart stopped, she was HOT, she was
Carmen Elektra, in the chest, Aaliyah by the waist
Jennifer Lopez in the ass – but she was an angel in the face
She asked me if I wanted a dance on the couch
With the look of a zombie I reached into my pouch, and shelled it out
Then she took me, by the hand, and led me, to the land
Where the men could forget about all of his problems at hand
The scent of a woman, she’s wearin Chanel, hypnotized by the smell
A glimpse of hell and bodily meltdown is what I felt now
I came with five hundred, tried to keep it all but she want it
At the ATM to get fo’ mo’, that’s the limit that U.N.B. bank let go
[…]
It’s funny, how she didn’t kiss me and didn’t fuck me
but still got away with all of my money
SHE, took everything that I head, fiendin from the face hella bad
SHE, took everything that I head, fiendin from the face hella bad
The next day my wife’s checkin the account
She said you’re only bringin four thousand a month
So last night you spent damn near a thousand on what?
A new piece of equipment, for the studio, she never really ever truly know
That I spent it all at a nudey show”

If you hadn’t guessed who “S.H.E.” is by now, she’s “Seductive Human Erotica.” Damn girl sounds so fine that Satan himself must have sent her to seduce Tech. That’s one of Tech’s many strengths – his intensely descriptive lyrical narratives. He’s also hella fast with the tongue when he chooses to flip that style, but remains remarkably clear in diction and delivery at almost all times. There’s a lot of ill concepts on the album though, such as the self-produced “Save Yourself” rapped to the tune of a timeless Christmas carol, the classic underground cut “Now It’s On” with the 57th Street Rogue Dog Villains, the surreal “Red Necro” where Tech happily slays posses full of racists at every opportunity (from a road trip to Cali to working a 9 to 5 manual labor job) to even darker songs like “Trapped in a Psycho’s Body” and “My Own Hell.” Yet despite all the madness, haterizing and discrimination Nina is not afraid to declare “Victory” over the industry and all of his weaker foes. Originally a bonus track on “Absolute Power,” it still sounds fresh here:

“Yo, yo, they thought it was over but I gots to bust
Call them foes stealin flows that they got from us, what?
We comin through your city with lots of lust
Get the dough get ya hoes then we knock ’em up and cut
Still clownin, jealousy be frownin
Keepin the street poundin, haters that be downin y’all
Keep houndin, lookin for new sounds
That Nina done put down, well hey baby you found ’em
We victors, invested in big wars
We coming to get yours, we hit ’til it get sore
We spit, acrobatical, never simple schematical
Vivid liquid compatible, shrooms X’s and aderals
Thought +Anghellic+ wouldn’t make it, we take it
Every time get your girly butt naked
Real melons, still heaven, still Hell’n Still bellin through the city with them class A felons”

From the opener “Lost Lair of B’zle” to the halfway point of the “I’m a Playa (Remix)” to the closer “Shocked” featuring Kutt Kalhoun, Tech N9ne continues to prove why he’s one of the underground’s best kept secrets. The only two things holding him back are a lack of publicity and an occasional lack of beats ill enough to keep up with his overactive mental and sometimes deranged delivery. “Vintage Tech” is that and then some, and even for the uninitiated into his madness it should prove a highly satisfying purchase.