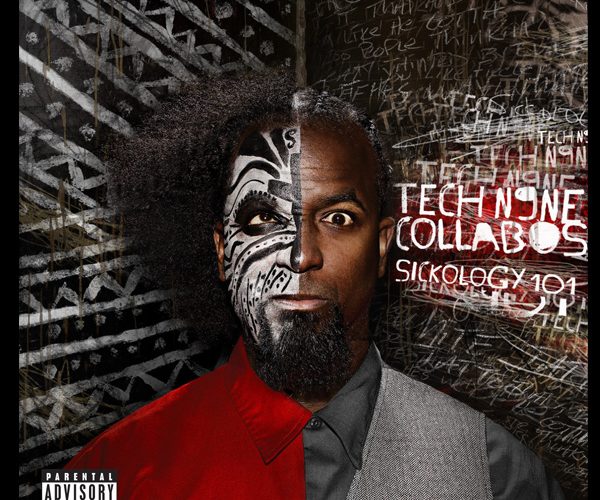 Aaron Yates is nothing if not one of the most colorful rappers in all of hip-hop. The Kansas City native better known as Tech N9ne embodies this spirit both figuratively with lyrics about everything from demonic women to being held prisoner in his own body, and literally with a tendency to do strange things to his face and his hairstyle. To date he may be the only person to release a hip-hop album with artwork parodying Michael Jackson, although Tech posed as a “Killer” instead of a “Thriller,” appearing in said parody in a straightjacket. It’s this open willingness to eschew convention, mock himself, stir shit up and create some of the midwest’s most innovative music that has made Tecca Nina a cult favorite for over a decade. There’s little question he’s the best-selling and most popular rapper in K.C. history, and thanks to the fact Tech releases all of his albums on his own Strange Music label, he may be one of the best PAIDemcees in all of rap – period.

With so much going right in his career with or without mainstream radio exposure, Tech N9ne has the enviable luxury of not even needing to be in the spotlight 100% of the time on his own albums. “Sickology 101” is the second in a series of self-described “Collabos” albums where Tech brings in artists he likes and artists from his own label to fill up an album. Don’t get it twisted, you’ll still hear from Tech N9ne throughout the entire joint, but he’s not the sole voice. The weight is not entirely on his shoulders to make this album a failure or a success, and you can tell right from the opening title track that Tech is relaxed, singing and scatting his way through his verse spitting raps to “make it buttery, utterly beautiful, make it fluid” while “murdering motherfuckers in music.” From there he turns it over to two comrades who are equally slept on – underground Cali gangster Crooked I and East coast lyrical legend Chino XL. The latter’s intense flow threatens to steal the show from the both the heartland and the Westside:

“Everybody start locking their windows and doors; Chino might get in
It’s like light-ning, how I’m strikin a triflin rifleman
Bullets flying up and I’m numbin the bum like it’s vicodin
So much metal in his spine he could get rich from the recycling!
Chino be curdling blood, don’t get burned from the buzz
I speak with conviction like what Da Brat just heard from the judge
Bludgeon no love industry hate me yo
I’d rather hear Hannah Montana than half of you rappers on the radio!”

Putting these three together would be an all-star track on any album but that’s just the opener here. “Sickology 101” only gets more twisted the further in you go, that is, twisted up like a fat KC joint. Tech does a sequel to a track on his last collabo album with “Midwest Choppers 2,” letting K-Dean and Krayzie Bone spit some of the fastest flows ever laid down on wax with him. (Even Twista might get speed envy.) “Poh Me Anutha” is a heavy YoungFyre and Yung Fokus produced drinking anthem with a guest appearance from Potluck, a California collective normally known more for smoking, as well as KC’s own Kutt Calhoun. The Matic Lee blunted bells of “Nothin'” also set off another epic team up as Messy Marv gets his krunk on with Big Scoob and Tech. Regulars in the Strange Music family like Krizz Kaliko can be found throughout on “Ghetto Love” and “Dysfunctional,” keeping the vibe local even with the all-star selection of guests. Tracks often take a humorous turn such as “Let Me In,” a collabo between Tech N9ne, Cash Image and D-Locc about a whack club that tries to segregate partygoers even tough Tech’s bank roll “is like a BRRRRINKS truck” and he could simply buy it out, even bragging he brought Chingy there for a visit just to piss in the club “and not in the toilet.”

Above all even when Tech is sharing the spotlight with his friends, he never forgets to have the producers supply “a hard-ass kick and a snare” as he puts it on the intro to “Party and Bullshit,” a song with an unoriginal title but an entirely original rap about a familiar sentiment – having fun. From the opener to the closer “Areola” featuring the 816 Boys, Tech is having a good time and so are his partners in crime. Drink, smoke, fuck, and laugh with the best Kansas City and Tech N9ne have to offer, and get sick with his “Sickology 101.” You might just learn something in his class – how to have a damn good time.