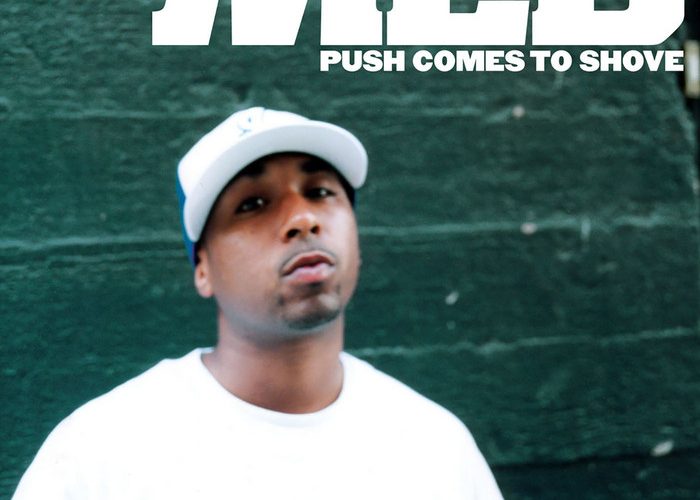 Stones Throw Records is creeping to the top of the indie rap scene. The obvious reason for this is the presence of Madlib, eccentric beatmaker extroaordinaire, on the underground label. Aside from being an excellent musician, he possesses the right amount of obscure wackiness and a touch of frat-boy appeal that has propelled him to the heights of underground stardom. Stones Throw has never been strictly a rap label, but the success of its artists have made it mostly so. Med, usually known as Medaphoar, is the next in line for projected success with the label, and he has the forces of Madlib behind him. If ever a rapper was a position to succeed, it would be with the blessing of a credible label and thirteen tracks from one of the most sought-after producers of the day.

Med does succeed, in a way. He succeeded in snatching away some great work from Madlib and his little brother Oh No. He also succeeded in scoring two beats from J Dilla, and another from Just Blaze. Needless to say, the musical side of “Push Comes to Shove” is worth checking out. The rhymes, though? Put it this way. You will not be buying this record for Med’s lyrics, because he is strictly a mediocre emcee in every possible aspect. His voice is not especially compelling, and he possesses a somewhat subpar flow. The topics discussed (his own dopeness, women, weed, etc.) are aided quite infrequently by spurts of storytelling and a few guest spots. He has far too many solo songs, though, and by track eighteen, it is clear that Med is simply along for the ride.

Madlib’s work here sounds more electronic than usual. The record is filled with thumping drums and manufactured sound effects are scattered in various spots. He has not abandoned his roots, though, and there are plenty of his typical methods employed. The opener, “Serious,” is powered by a sample of a woman’s singing. Not much is added aside from this, but Madlib has shown his affinity for minimalist production in the past, and it does not fail him here. “Can’t Hold On” follows suit with a sparse bouncy keyboard loop and booming 808 style drums. Med tries something new, reminiscing about days past, but this is a topic done on most conventional records and he brings nothing new to the already tired concept. The energetic beat is not Madlib’s most ambitious, by any means, but the rewind button will get a workout nonetheless.

J. Dilla swings by for the magnetic “Push,” a true party starter that doesn’t abandon artistic integrity. Med has plenty to say about women on this track, nothing of which is terribly noteworthy. By this point, the production is so far ahead of the rhymes that the frequent musical interludes tacked on the end of some songs are welcome breaks from Med’s uninteresting rhymes. “Special” marks his best performance on the disc, because he rides Madlib’s uncharacteristically uptempo beat with ease. Here, he show far more skill and a touch more charisma than he manages on the rest of the album, and Madlib does his best imitation of late nineties Premier, doing the legend complete justice.

As the record plays, the discrepancy remains, growing stronger with each passing track. Med is a decent rapper, even enjoyable in small doses, and he never quite detracts from the enjoyment of any particular song. He struggles throughout to channel his personality in an intriguing manner, however, and his rhymes are faceless, lacking any sort of detail that might separate him from others. A couple of Madlib’s musical selections are a bit less ambitious and therefore dull, but he consistently outshines Med. Even when a beat is less vibrant than normal, he finds time to follow it up with a little thirty second interlude to pass the time before the next cut.

When Madlib steps out of the booth, his replacements actually enhance the vibe of the album as a whole. Both of J. Dilla’s contributions are stellar, funky journeys that reinforce his status in the game today, and Oh No adds a little zest with his selections. His brother’s influence is evident, but his own fingerprints are all over the two beats, separating “What U In It 4” and “Never Give U Up” from big bro’s work. Just Blaze delivers one beat, the nasty “Get Back,” which is obviously geared for the club. The best radio songs feature catchy rhymes (see Luda), but any amount of spins this one gets will be courtesy of the thumping, crackling dish that Just Blaze cooks up. It’s a pity that Med cannot ride the waves provided by the backing track. Even the hook is lazy, delegating “Get Back” to shoulda status in Blaze’s catalogue.

The monotony of Med’s words is broken up even more by a couple of apparent Quasimoto rejects. Neither is spectacular, but permitting Madlib a good minute of time to do what he pleases fills in the gaps nicely. This is the ultimate example of the problems facing this record, because two tracks that would have been pedestrian on “The Further Adventures of Lord Quas” are highlights amidst the endless plains of stagnant rhymes. Since very little of Madlib’s work here is truly magical, “Push Comes To Shove” is a clear case of an album that would have been excellent if the right emcee were at the helm. As is, the production carries it far above mediocrity, but its potential has been minimized because of Med’s tedious, lazy verses. This is a solid record fueled by state-