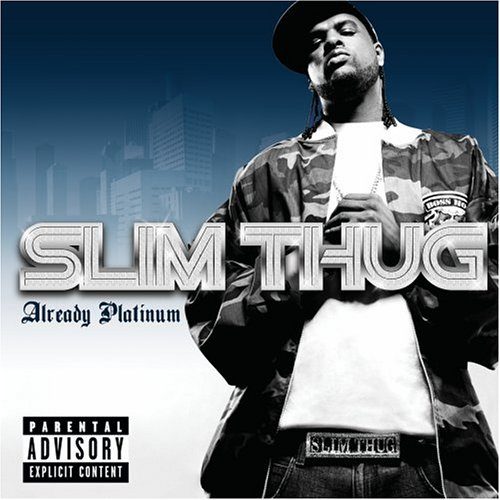 A lot of things go into making a rapper a superstar, but if you tried to define the elements as a simple formula and just plug people into it 9 times out of 10 you’d find nothing but failure. Regardless there are many record labels who just don’t get it. They take your average unsigned MC and try to give him an image, an attitude, and a wardrobe. It doesn’t matter if he already had his own identity before being signed, they’ll change it. Labels sculpt artists like they were nothing more than piles of clay, trying to carve out the next Eminem, Jay-Z or 50 Cent in the vain hope a really good imitation will sell as well as the real thing.

The irony is that unless your name is Milli Vanilli or Ashlee Simpson, real talent is generally discovered, not manufactured. The less that talent is tampered with, the more the public will accept the artist’s work. Now that’s not to say that the artist himself might not be putting on a front about his image, saying he drives big cars when he doesn’t or that he folds hundreds when he’s dead broke. Regardless if the rapper is comfortable with his own act instead of being given one that’s not his, it just sounds better. Even if you’re going to be a studio gangster, you’ve got to be the best damn studio gangster you can be. If you live it and breathe it in your act and in the vocal booth, it’s going to sound and feel like the truth. If you’re doing it because some label A&R told you to “be more black” a la Robert Townsend’s “Hollywood Shuffle,” it will ultimately come off cornball.

To be perfectly honest I have no idea if Slim Thug’s “baws uv da nawf” (translate as “boss of the North”) gimmick is an act or his own true self, but either way it’s authentically his own. Long before he had a major record deal or found his name becoming a household word, the Slim Thugga was doing his own thing on self-distributed albums and mixtapes, Screw style and otherwise. There’s no doubt about the fact he’s “Already Platinum” though long before Geffen ever got around to dropping his album. They’ve wisely chosen not to change Slim’s image or style, but to simply craft an album for him to present that style to a larger audience. That’s exactly what he does on the underground hit single “Like a Boss”:

“You can’t survive in my shoes or afford to pay my dues
Wit your cartoon crews, you niggaz destined to lose!
I rock Eminem and 50 Cent crowds
And spend most of my weekends cruising above clouds
From the West to the South way to the East Coast
I switch time zones more than hoes switch clothes
I was born to be on top (top), born to call shots (shots)
Born to cop drops and trick off fats knots, like a boss!”

Slim Thug is part and parcel of the South, and proudly reps his pride in H-Town (Houston, Texas) as well as the region he hails from. When you look for guests on his CD you’ll find they too are true to his sound and personality. Killa Kyleon and Chris Ward rep on “Boyz N Blue,” Jazze Pha drops in on “Incredible Feelin'” and he manages to tie together Atlanta and Port Arthur by having T.I. and Bun B on last year’s seminal “3 Kings” song. Despite the fact most MC’s would be outshined by guests of that caliber, Slim Thug still owns the track:

“Goin solo, first CD out that’s not slow-mo
Here’s another hit thanks to the drank and they do-do
Fa sho though we got the club shut down
Tryna pick which chick I’ma cut now
Got a fetish for thick girls that’s caramel brown
On a hunt and uggh, guess what I just found
Come in V.I.P. with me boo while we post up
We blowin purple stuff, we po’n purple stuff
We blowin rolled up stuff, ya can tell that we rich
It’s Slim Thugga, T.I.P. and Bun B bitch!”

Thug’s personality is as thick as his Southern drawl accent, and his confident swagger makes his punchlines that much more punchy as a result. Thanks to excellent production like the slow crawling bass Mr. Lee puts on “Diamonds,” the electronic rock bounce of “I Ain’t Heard of That (Remix)” by the Neptunes, and the smooth Sha Money XL sped-up R&B of “The Interview” the album hits all the right notes figuratively and literally. While Slim’s album is heaviest on Neptunes tracks thanks to his affiliation with Star Trak, that can only be viewed as a positive as they create the same magic with him that they do when paired with N.O.R.E. Some combinations just work, and songs like “Tick Tock” and “Playa You Don’t Know” prove that Neptunes + Slim Thug works like a charm. After pushing back this album countless times and creating a lot of unnecessary hesitance among his fanbase that they were changing his image and style, Slim Thug’s “Already Platinum” basically ignores the industry rules about carving and molding and assumes that his rap is a work of art as is. For our patience Geffen rewards us with a bonus disc that includes Chopped & Screwed versions of “3 Kings,” “Like a Boss” and the “I Ain’t Heard of That (Remix)” as well as several extra tracks. Slim Thugga was definitely worth the wait, because at the end of the day he’s still da baws.