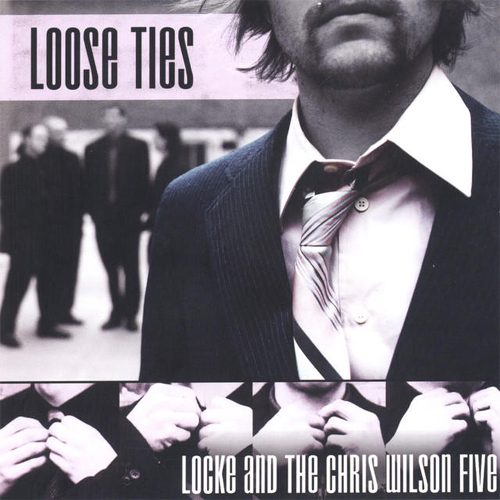 If there’s one thing we know about certain rappers, it’s that they hate being put in the proverbial “box”. Andre 3000 (“The Love Below”), Mos Def (“The New Danger”), and Common (“Electric Circus”) stepped out of their boxes by birthing so-called “experimental” albums as they evolved as artists, expanding the boundaries of traditional hip-hop by injecting it with the fresh flavors of other genres. As demonstrated by the three albums mentioned, it’s safe to say that trying new sounds can be a good thing. That’s what we get from Washington-based group Locke and the Chris Wilson Five.

Rather than using the usual suspects, a drum machine and record sampler, the complete 5-member band composes its own brand of funk and jazz-inspired melodies. Bearing a minor resemblance to Philadelphia’s Roots, the overall jazzy sound is unique and refreshing. On the lyrical side, Locke (the group’s emcee) has released a solo album (“Relevance”, 2002) prior to the formation of the group and his experience behind the mic shows.

Uplifting, care-free songs like “A Place to Begin”, “Priceless”, and “One to the Ripoff” kickoff the album and immediately put listeners in a good mood. Locke coasts confidently on the band’s eclectic sound, but his delivery is noticeably unusual since a handful of the tracks contain no obvious pace-setting beat to work with. Focusing more on melodies than rhythm, the band’s sound is really dope but definitely falls in that “outside-the-box” category I hinted at earlier. After that, tracks such as “Curse of the Loose Tie”, “Cheerleader”, “Life on the Clouds” and “On the Corner” allow the keenly thoughtful emcee to get introspective. These work equally well, particularly “On the Corner”. Oddly enough (and purely a coincidence), the track’s theme is very similar to Common’s recent banger, “The Corner”. Locke narrates a first-person perspective of the world around him, speaking his thoughts and opinions freely. This verse describes an encounter with a street panhandler:

“No change in my pockets again
No fair to the mission my friend
No time but I’m sure they pretend
Handshake and I’m off with a skip in my step
Looking down on the street, I’m upset
All we have to spare to the most in need is our own neglect”

Overall, “Loose Ties” is a solid album. My only complaints are it’s short playing time (a hair over 30 minutes) and its tendency to be repetitive. The melodies are easy on the ears, but don’t differ too much. The result is safe, cohesive album, but the downside is that there isn’t really a “wow” track that distinguishes itself from the others. I guess someone could also argue that there isn’t a “wow, that sucked” track either.

“Loose Ties” proves to be a successful debut for a group with great promise and I look forward to hearing their next effort. The group sums up their album accurately on “Curse of the Loose Tie”:

“You know it’s just a matter of time
Just open up, you’ll never know what you’ll find
Although these plain and simple methods tend to surprise
Even the tightest wound will loosen the ties”