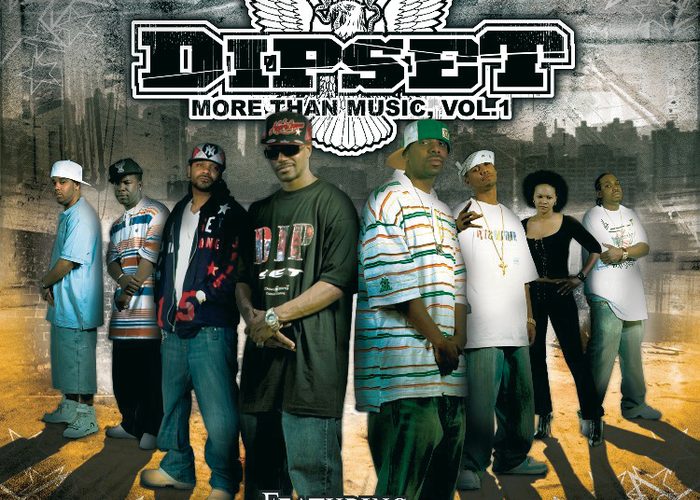 Who is DukeDaGod? Who knows. More to the point, who cares! That’s probably not fair, I’m sure his momma cares. WELL SOMEBODY CALL HIS MOMMA. It’s hard enough to keep the membership of the DipSet straight without them randomly adding more people to the collective. There’s really only a few artists in their fam that are even worth discussing. You’ve got Cam’Ron, who despite never having been a lyrical genius still shows enough wit and charisma to have amassed a loyal fanbase over the length of his career. Parlaying that success into the putting on his Diplomats homeboys introduced us to Jim Jones and Juelz Santana. The former makes up for lack of depth in his content by having more flow than Cam, and the latter has a lot of potential to be a great MC when not limited to generic NY gunclap offerings. Together those three are the upper tier of the DipSet that holds up the lesser members. Say what you will about JR Writer, Freekey Zeekey and Hell Rell, but where are their solo albums? Case closed.

Ultimately that’s the problem with any Diplomats compilation album, and “More Than Music Vol. 1” is no exception. For every song or rapper you might marginally be interested in, there’s two or three you could care less about unless you’re a die hard DipSet fan – the same fans who buy every “Purple City” mixtape, download every Juelz Santana freestyle, and probably know who WhoDaFuk that DukeDaGod guy is whose name is plastered on this album. This review is not for them. This review is for the people who can be objective about the Diplomats, who realize that not every member of the clique is a superlative rapper and that not every track they rap on is the hottest fire ever heard. Being equally objective this writer has no problem admitting there are some type nice songs on “More Than Music, Vol. 1” – which makes one wonder why you would WANT more than music. The Dips should stick to what they do best, and some of them really do make good music. Cam’Ron and Zeekey’s duet “Somebody Gotta Die Tonight” is some ominous hard pounding hip-hop. Santana comes correct on his sequel track “Santana’s Town Part II.” Jim Jones flexes his gangsta on “What is This,” JR gets some Kanye style beats for “You Make Me Say” as does Santana on “No Days Off,” and even newcomer 40 Cal is pretty nice on the heavily mafioso influenced “Open Your Eyez.” No props for ripping off the 2Pac spelling though.

No matter how much you like the individual songs on this album, there’s no getting around the fact that any time you have an hour or more worth of the DipSet sooner or later the beats can’t support the monotonous nature of their machismo, gunplay and ‘caine slanging thuggery. Whatever “More Than Music” the Diplomats have up their sleeves, they need to work on making GOOD music. Even gunclap rap can be great if done with a semblence of intelligence instead of just repeatedly shoveling out the same crap over and over again. If you have a loyal fanbase they may keep buying, but the rest of the public will expect a little bit more than just #1 hits with a lot of filler shit.