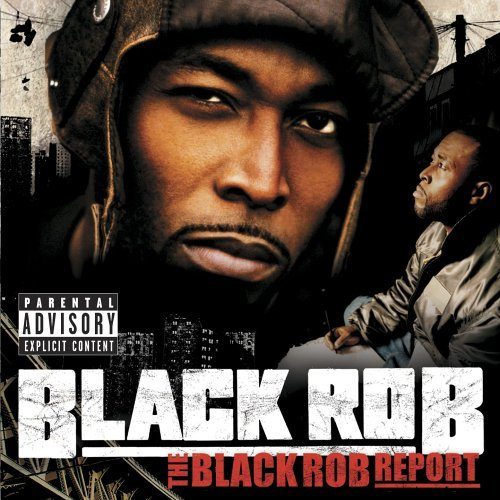 You’re kidding me – Black Rob isn’t dead? Okay but he must have left Bad Boy since they haven’t put out a record or promoted him in the last six years. No way – he’s still signed with Diddy? I’ll be double damned; shut my mouth and call me a cracka. Now I’d be lying if I said I was a BIG fan of Rob’s, but at a time when Bad Boy was sorely lacking in credibility “Life Story” was the hardest record they had released since Notorious B.I.G. died. Still for better or worse Rob got typecast as a one-hit wonder off the success of the ubiquitous “Whoa!” The song was so popular it even spawned a ten minute long remix with everybody from Petey Pablo to Rah Digga to Beanie Sigel getting down for a verse. Rather than building on this success and riding Black Rob into the 21st century, Bad Boy switched gears and focused on G. Dep. He too made it through all of one album (“Child of the Ghetto”) before winding up on Diddy’s refuse pile. If I’ve got any knock against Diddy it’s not because he’s a multi-zillionaire, keeps changing his name every year or thinks he can be a Hollywood actor; it’s because Diddy signs talented New York rappers and lets their careers gather dust.

That’s not to say Rob hasn’t created some of his own problems though, which is why I believed he was either dead or locked up and dead to the world. He’s been in and out of the system several times for burglary and failure to pay child support. Then again that also suggests that signing to Bad Boy doesn’t offer financial security to anybody but Sean Combs, who cashes your checks and gets fat while everybody else starves on the street. Well now it’s Rob’s turn. He’s back with “The Black Rob Report,” which for those in the know is a clever allusion to the magazine that chronicles the lifestyles of the super wealthy and their expensive toys. The irony here shouldn’t be lost on anyone. Hopefully this time Combs keeps new Black Rob albums coming out and those royalty checks keep coming so his theme song won’t be “How to Rob” by 50 Cent.

Rob has obviously saved up material for this return as the album is 22 tracks long and a bit of a monster to listen to. Thankfully some of these are pointless skits you can skip over – “Where Da Bypass At?” and several “Courtroom” tracks among them. There are a few songs you’ll key onto right away though just from reading the back cover. While “Y’all Know Who Killed Him” is billed as featuring Notorious B.I.G., when you play track 13 you’ll recognize right away that this is just a short sample who’s source you probably guessed right off from the title, but Deric ‘D-Dot’ Angelettie’s beat still makes it hot. In fact this album is something of a return for D-Dot himself, seldom heard from given how sporadically Bad Boy releases hardcore rap albums these days. He proves he’s still got the musical fire though on songs like player piano swing of “Help Me Out,” the pounding “Fire in Da Hole” with Tony Dofat and the slick “B.L.A.C.K.” In fact production is one of the best things “The Black Rob Report” has going for it. Buckwild comes with crazy fire on “When You Come Home” and the high end of the ivory keys on “Smile in Ya Face.” The aforementioned Dofat laces up a ton of joints like “Watch Your Movements” featuring Akon and the reggae tinged “Warrior” featuring Cali Ranks. What’s surprising is some of the underground producers who got in the mix – Scram Jones on “Ready,” Tru Master on “You Know What” and Coptic on “B.R.” featuring Cheri Dennis. As a result the album maintains interest well despite the long length.

As for Rob himself, I wish I could offer more praise for his rap style. Vocal tone is excellent. The breath control is good. The diction is fair to average. Lyrical content? Not the tightest in the game. The fact he’s kicking raps about “popping like Reddenbacher with cake like Betty Crocker” leaves him stuck somewhere in the 1990’s in terms of cleverness. It’s not that Rob was a five-star caliber lyricist to begin with, but it doesn’t seem like he’s tried to evolve or improve one bit. This is highly evident on “They Heard I Got Life” when he starts to chain rhymes together: pinky, chinky, kinky, minky. Full length “minky?” C’mon Rob that’s not even a real word. In truth I’m not even sure Rob could improve if he tried harder though – after all the aforementioned “Whoa!” became such a big hit off the strong violin sample and the simple use of the word “whoa” at the end of every line. On the scale of Bad Boy’s all-time rhyme writers, Rob ranks well below Jadakiss and Craig Mack, but somewhere above Ma$e and Diddy himself. This is not high praise, but it’s enough to get him through the hard tracks on “The Black Rob Report” successfully. A few of these songs have hit potential, and if you like Rob’s simple structure and lyrics that admittedly aren’t playing themselves by acting like Rob is extra hard or the biggest gangster ever, then cop this joint. There’s far worse albums you could buy and you might just help keep Rob out of prison.