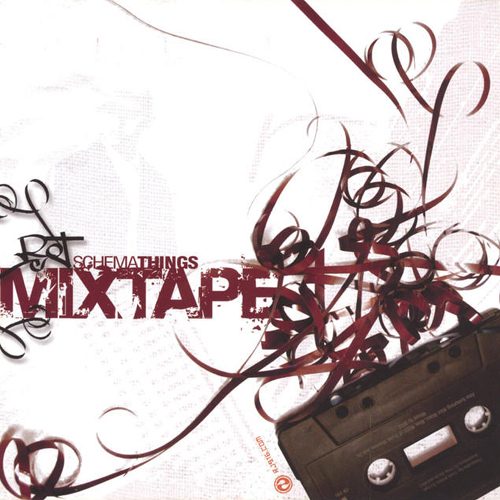 For whatever reason the Sacramento rap scene has largely remained local. That didn’t prevent representatives such as C-Bo and Brotha Lynch Hung to establish a faithful following across the nation. RJ, while probably not the stereotypical 916 rapper, also displays a considerable amount of mass appeal on his “Schema Things Mixtape,” claiming confidently to be “in lock-step with them top vets.” He certainly sounds more experienced than his discography (so far containing only his 2001 debut “Only a Matter of Moves”) would lead you to believe. At times reminiscent of fellow Cali rhyme wrecker Rasco, RJ comes across serious, purposeful, avoiding dramatic gestures but still putting his heart in it. He’s got the voice to match, a rich baritone that manifests itself in a hardened but still flexible flow.

If the lyrical references that he drops (Rakim, KRS-One, Kool Moe Dee) are any indication, the rapper of Filipino descent has been exposed to hip-hop for quite some time, probably longer than most of today’s newcomers. By his own account, RJ has operated under the reign of various slang terms through time: “Went from fresh to def, to raw, to dope, to ill, to sick, to killin’ it / and your boy is still in it.” Keeping up with the times, RJ manages to parlay his influences into a no-nonsense attitude that keeps in touch with the streets but doesn’t get lost in them. He serves “sentences verbally, not from behind bars” and is convinced that “if it ain’t from the heart, then you ain’t sayin’ shizzit.” But he’s also concerned about getting his and admits to a shift in priorities: “Used to wanna be like Mike cause of the skill / now I wanna be like Mike cause of the scrill.” “I’m too hungry to let dudes feast in front of me while I gnaw on a bone,” he argues, observing that when the issue is money, “I learned to listen,” because “b-boys need to eat too and earn a livin’.” Above all, however, he raps because “it’s catharsis.” And since that includes addressing the good, the bad, AND the funny, RJ also shows his humorous side, especially when the opposite sex is involved.

Considering the format, it would be unfair to scan the “Schema Things Mixtape” for outstanding songwriting efforts. The objective is to spit, and RJ makes the best of the opportunity. Still, in some instances you wish he would have taken an idea further. Like the following segment from “All Damn Day,” which could’ve been part of a greater whole:

What one might expect from an RJ album, the upcoming “Schema Things” full-length in particular, is hinted at on songs like “Slingshot” and “Back to the Crib,” which will be be included on the promoted album. The former, produced by Anonimous in a way that it’d be easy to mistake him for Scott Storch, is a political diatribe with RJ in the position of the seemingly powerless David, aiming at the powers that be:

“Shit is foul, dog, give me my free throw
A villain struck, they’re in need of a hero
But he ain’t Captain America, people
he’s just a sock puppet doin’ what he’s told”

“Back to the Crib” is just one of several items dedicated to the ladies. Assisted by singer Nicc Blacc, RJ addresses “the freak in you” over a professional but decidedly generic DJ Epik production:

“Fuck the club, take a trip to the crib
I got the liquors to mix, make ’em stiff as you wish
That shit is indicative of the dick that I give”

Containing only original beats and largely exclusive material, the “Schema Things Mixtape” is a lesson in how to make the best of the recent mixtape mania. The sound quality is absolutely flawless, and in terms of production and recording, it seems like RJ and his producers went about every track with the same professionalism. No futile freestyles, no borrowed beats, both the raps and the tracks take their course with straightforward relentlessness. Ironically, DJ Time Bomb’s “Sacville Bounce” is one of the few beats that don’t catch on instantly, dragging down the otherwise consistent thump level. The rest is mostly sample-free but nonetheless potent street-, club- and radio-friendly hip-hop by the likes of Track Addict, DJ Epik and DJ Time Bomb. They don’t reinvent the wheel, but mostly avoid coming off as clones of popular producers. Standout contributions include DJ Epik’s “No Love Lost,” which provides RJ’s attempts to fend off a female stalker with a funky uptempo bassline, the unwinding title track by DJ Epik & Bloe, the hauntingly hollow percussion used by DJ Time Bomb for “On Me,” and the guitar- and scratch-driven “The Doctrine” courtesy of Agent CB.

When I first listened to the “Schema Things Mixtape,” I was convinced that I had heard RJ on some widely distributed West Coast release. I was wrong. Still, here’s a rapper that would fit on any record that possesses that Cali grassroots sensibility, basically anything between Dilated Peoples and Crooked I. If he’s really cut from the cloth he claims he is, if he’s “one of few Sac rappers who lasted / vowin’ I can’t quit until I cut you a classic,” RJ should be about ready to take his career to the next level. It probably won’t be “that Kris Kringle distro” he’s after, but with Christmas coming up in less than two weeks, maybe Santa will lend a helping hand in distributing the “Schema Things Mixtape.”