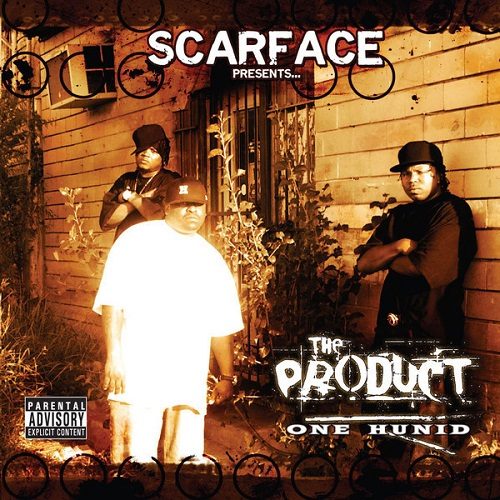 Scarface and The Product Interview

From The Geto Boys to today Scarface has solidified himself as one of Hip-Hop’s legendary artists. For his most recent project, One Hunnid, he’s linked up with The Product, which is the duo of Wil Hen and Young Malice, and recently the trio sat down with us at RapReviews.com to discuss the project, what keeping it real means to Scarface, and the stop snitching movement. Face even took a minute at the end of the interview to give some advice to all the aspiring MC’s out there.

Adam Bernard: How did y’all get together for this album?

Young Malice: It really wasn’t no format to it dude it’s just three cats who get along and we love each other and we respect each other’s talent. We just decided to do an album, man.

AB: Do you see that happening more often or less often in Hip-Hop now?

AB: I agree that it’s rare to find good music right now. What do you feel makes something great?

Scarface: In my opinion, substance, lyrical content. Words and music are like a man and a woman, a marriage. I can’t speak on the homosexuality that goes on in the world, but I feel like words and music were meant to be together like a man and a woman. I think that one without the other, a man is useless without a woman and a woman is useless without a man, in my personal opinion. I think that words without music is useless. I respect jazz to the utmost and I also respect poetry, but I can’t listen to jazz with no words and I can’t listen to poetry with no music. And this is just Face, by himself, my own personal opinion, words and music are meant to be together like male and female.

AB: You’ve put them together on One Hunnid, which will be released February 21st. Tell me a little bit about the album.

S: I love when it all comes together. I don’t look at the realness of music in a way like “he just killed somebody.” There ain’t an axe murderer that’s real to me. Just because you go out there and pull that fuckin trigger, or go out there and pimp that hoe, or go out there and sell that fuckin key, that’s not keeping it real with me. What’s keeping it real with me is when you can pull shit off like Bush and get away with it. That to me is real. It ain’t about what you do, it’s about how you do it and that’s real. You can hoodwink a whole bunch of motherfuckers into believing Sadaam Hussein had weapons of mass destruction and he didn’t and we’re still over there. That’s realer than a mutherfucker.

AB: In terms of respect what are you enjoying about Hip-Hop right now? Everyone always talks about how Hip-Hop’s dying, but what aspects of Hip-Hop do you not only see not dying, but getting better?

S: I see the pay in Hip-Hop getting better. I see a mutherfucker getting paid but that’s about it. And then I see Dr. Dre getting better. That’s it. Fuckin Dre is timeless.

AB: Have you been working with him at all?

S: No, but I hear his shit and that boy it timeless. Hopefully I can get better.

AB: You’ve done a few things on your own, as well, ya know.

S: I ain’t in that equation of better.

AB: Why don’t you feel that you’re in that equation?

AB: I’ve been listening to your music for quite a while now, and I know I’m dating myself but I can remember back to The Geto Boys in high school.

S: Shit I was in high school when The Geto Boys came out.

AB: What’s going to make One Hunnid different from all of your previous efforts?

AB: How long have you waited for this day, for this album to come out.

YM: Whoooah. You’re about to make me break down with that question. Decades.

S: I gotta give a shout out to Tone Capone because Willy Hen come outta Tone Capone’s Camp. Really man, I think we share the same set of ears, we hear it the same, we look for the same shit in an artist. I like the ability to be creative and then at the same time be different with it. I want a motherfucker to be different, I don’t want it to sound like nothin I’ve ever heard before.

AB: You also recently came out with the anti snitching single. I know you linked up with Beanie Sigel and The Game, tell me a little bit about that.

S: Well shit I got a partner who just came home, he had a 25 year sentence and he sat it out on appeal and they had to let him go. He did six years on that 25 but he sat it out on appeal, he gave them all that time and he never said a word and all he had to do was just say one name and they would have unlocked the gates for him right then, but he was willing to sit down on that 25 years in order not to say nothing towards givin no information on nobody.

AB: Do you think this is a huge issue that’s going on right now?

AB: Why do you think this is suddenly coming to the forefront in Hip-Hop?

AB: But Game is on the track with you.

S: That’s a personal diss between him and Game. I ain’t in it. My shit is directed to every motherfucker snitchin in the United States. If 50 told on somebody then shit, that’s how it goes. Is it a known fact that he gave somebody up? I know for a fact it’s a couple rappers out here that have gave some motherfuckers up where I can provide you with the police report. As a matter of fact I know this one nigga who gave up a few motherfuckers and what he did, what the federal government did for him, is they got all his shit sealed. So what that mean?

AB: It means no one should find out, but it sounds like you know.

AB: Is this someone who’s still recording?

S: I don’t know if he’s still recording but I know he’s fuckin with the right nigga fuckin with me, though.

AB: Well speaking on some people who are on your good side, the people you’re with now.

S: I’m on everybody’s good side. If I got a problem with a motherfucker, trust me, I’ma make it known.

AB: No troubles with The Product. What makes you think now is the right time to release this record?

S: Well for me I think that now is the perfect time to release the record because these niggas been waiting to put their record out for so long and it’s relevant. It’s important to make music that’s relevant. I want it to play 20 years down the line and have it still be relevant.

AB: You have some songs like that already, “Never Seen a Man Cry.”

S: Yeah, “My Mind is Playin Tricks on Me” is relevant.

AB: A lot of rappers go through their careers and they don’t know what a relevant song sounds like because they’ve never made one.

AB: Hey, I get how many albums in the mail I’m told I should listen to?

S: Tons, probably more than you can listen to. You can’t be serious, that’s what I say when I hear some shit. They be like man Face I’m the dopest rapper and I got the shit man, I got the shit. I’m getting ready to leave wherever I’m at and I put that shit in the disk player and be like man you can’t be serious. At least when you had cassettes you could record over them. Nowadays they’ve got these CD-Rs, I wish we could find some reusable CDs because this shit, the demos, not even countin the shit that make it, Adam, just the demos that these people put out man.

AB: I’ve got a small weekly radio show and the number of artists who come to me like “yo, you gotta play this” and I’m like “no, I don’t.”

S: You know what I mean. You ain’t gonna fuck up my name in radio because you wanna hear this motherfuckin wack ass shit that you’ve put together.

AB: You’ve got to see a lot of people who don’t come professional, so what advice do you have for these artists that are handing their CD-Rs to people? Other than stop doing it.

S: {*laughs*} I think the best thing to do is to take your time, to be in a rush to be no rapper. I know some niggas that got jobs at McDonald’s that got their own record companies. They’re like “yeah man I got this label, here go my card.” Motherfucker you’re back there flippin some hamburgers cuz.

AB: So who are you diggin right now?

S: Keyshia Cole. I’ll marry Keyshia Cole right now. I wouldn’t even hesitate. I don’t even know what she looks like but I’ll marry her cuz I love the way she thinks, I love her mind.

AB: Is there anything else you’d like to cover that we haven’t gone over yet?

S: I got some good news, I just saved a lot of money on my Gibson Les Paul, naw I’m just playin. Nah I really love it, I’m taking guitar lessons again, just want everybody to know that Gibson makes the best sound I’ve ever heard in a guitar man. I used to think that it had a lot to do with the effects and shit but that motherfuckin wood body thick and it sound like nothing I ain’t ever heard before.