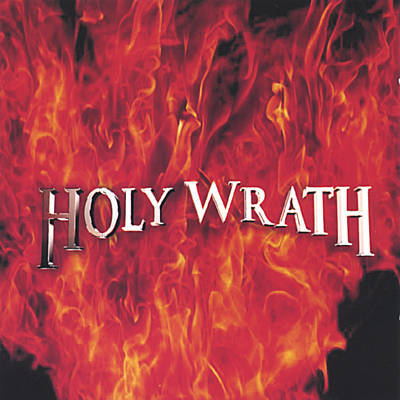 I’m not very fond of the new German pope Joseph Ratzinger aka Pope Benedict XVI. He and I do not really agree when it comes to his disapproval of using birth control and his conservative ideas in general. But I have no doubt we would be on the same page should we discuss the Albequerqian MC RaMondo Emerson, Mondo for short. I can imagine it now: Us enjoying a glass of mass wine at the Vatican while in the background Mondo’s debut album “Holy Wrath” is playing out loud. Afterwards, he would probably say something in Latin which would come down to: “This is a hell of a way of promoting Christianity!”

It is beyond me why an artist that has been signed on a Christian label decided to go about making an album the way he did. MC Mondo probably saw the success that Lil’Jon and the likes had with their Down South crunk sound and thought: “If this is what it takes to let them be seduced by Beelzebub, this is the weapon of choice I have to use to bring them back to Christ’s light.” I wish he wouldn’t have.

It is been quite a while since I heard a record that was so poorly produced as “Holy Wrath.” Although Mondo’s artist profile on the CPR Music website indicates that he used to be a drummer in his family band he hasn’t learned anything from these experiences. The drum patterns are stale, boring and quite annoying at times. Heavy electronic samples should give the drums a bombastic and menacing aura, but all they do is give the whole a very amateur feel.

The amateurism doesn’t stop there. Mondo’s delivery on the mic makes me think of an old priest that gives roaring preaches every Sunday morning about this sinful life and the obligations of the next one. Instead of being in awe, his audience on the church benches keeps falling asleep. It is like Mondo isn’t feeling his own beats and decided to spit bars in a different rhythm. Also, the topics he chose to rhyme about are a repetition song after song. Basically, stop sinning and look for the Lord covers all the ground you need with this album. When you want to capture an audience it is sensible to use bars that are a bit more eloborate than these ones:

When I was listening to “Holy Wrath” the thought kept crossing my mind: “How can somebody inspired by his god can find so little inspiration in making an album?” Mondo should take a long, good look in the mirror and ask himself if he wants to pursue a rap career or if he is better off reuniting with his family band. Artists like LMNO and Brother Ali are living proof that it is possible to deliver a positive (religious) message to your audience and make a banging album in the process. Amen.