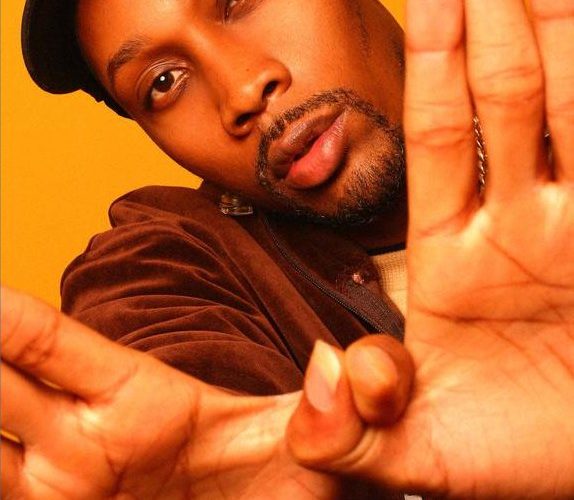 Last week we went in depth with RZA about his work on The Protector, the differences between scoring a movie and producing a record, and the possible return of Bobby Digital. This week it’s time for part two of our conversation with the Wu-Tang legend as RZA discusses Quincy Jones’ unique influence on him, The Protector’s nearly four minute steady cam shot, and why he almost never came home after his first trip to China.

Adam Bernard: Continuing where we left off, when Loud was swallowed by Sony did that almost move you more to the movies? Were the movies calling to you at that point?
RZA: I was already involved in the movie scene. What got me into the movie scene was my own personal yearning. Nobody pushed me, nobody forced me, nobody even asked me, it was a decision I made. The first thing that I wanted to do was be mentored by Quentin Tarantino, I wanted to learn the science of filmmaking from a master, and he is a master, and he accepted me to do that. He is also very musically inclined and loves music and is very interested in music production and things of that nature and he wanted somebody around him who would help translate some of his musical stuff to a certain way, so it became a good thing. But I constantly remember telling my manager I want to be a composer. I said it’ll take me about 18 months I think to really be recognized, but I’m going for it. Within 18 months I was recognized, actually it only took 15 months, it was within 15 months of the time I stated it that my name was on the composer’s list as a good composer and I actually got nominated for a BAFTA award which is the highest award you can get from the British Academy. The work that we did on Kill Bill was nominated for Grammys, as well. At that point I started spittin em out. So far I think I’m up to my tenth film. The good thing about it for me, and not egotistically, but when I talk to a great composer and a great mentor in the music sciences such as Quincy Jones, I remember him telling me he wanted to compose movies his whole life, since he was 11 or 13 years old, but he didn’t get the chance to do it until he was 30 years old. He did his first movie and he had to go to France to do it. When he told me this story I felt like I was on a good path because my first movie was scored when I was 27, 28 years old. I’m following in the footsteps of a master, but maybe even a little bit faster. It’s a good measuring point for me.

“I didn’t think anyone could outdo […] Kill Bill or Goodfellas.”

AB: And now you’re up to The Protector on your career measuring stick. Tell me something unique about this movie.
RZA: For The Protector, this is an action packed film and I’m not just saying that because I’ve got a part in it. The funny thing about this film is that the director is this big big fan of Kill Bill, on his ringtone he has Kill Bill music. When he first told me the story I was interested in working on this film, when I finally saw the film I saw so many Kill Bill influences in it. There was one steady cam shot by Larry Visions (in Kill Bill), that’s his steady cam name, he’s the same guy who worked on Goodfellas, that long steady that was like a two minute shot, he did the Kill Bill shot that was about a two and a half minute shot. These are shots that are going on without no cutting, no editing, no nothing. So the director of The Protector, I think he aimed to top some of those long steady cam shots, he aimed to take what they did to the next level, they inspired him and there’s one shot in the movie where Tony Jaa first enters the restaurant and he goes in to whip ass, it’s all done in one steady cam shot and this shot is about three minutes and fifty two seconds long, it could be one of the longest steady cam shots ever. When I first seen it I couldn’t believe that it was one shot because I didn’t think anyone could outdo my man Larry, or Kill Bill or Goodfellas. So I took it to Quentin and I was like yo, look at this right here. We watched it, he looked at it and I said is that one shot? And he said yeah, that was one shot, that was a great shot, great work. So he inspired him to do that and they were able to capture that and then to have somebody like him to recognize the greatness of it shows that this is good filmmaking. They don’t have the English down pat and some of the American culture of filmmaking that makes our movies stand out solid, they need to learn some of those tricks, but when it comes to working the camera and workin the action these guys really got it man, and when you see this movie there’s a lot of scenes in it that’s really gonna spark your movie buzz.

AB: Sounds good man. Now I know you’re a busy person, but I have a couple quick questions to close with. You’ve mentioned that life is a journey, what do you think is next, or do you even think about what is next on your path?
RZA: I do think about what’s next but you can think about it, you can forecast it, and then it rains, know what I mean? For me, I think I’m doing very well in the film world because I think I bring a special element of being an artist who can wear more than one hat. I’ve directed over twenty videos and a few short films, so I know how to direct, I know how compose, I know how to act, so I have these different talents in me and I just want to express them. I was talking to my Wu-Tang Clan brothers, talking about the future and things we should be doing and why we do this and why we do that and I’m trying to explain to them I’m really down to do anything because I’m at a level in my life to where now art has grasped me more than when I was younger. When I was younger I was artistic with aggression, I still had oppression on me, I still had too much aggression in me. Now the art is flowing more fluently because I’m more humble, I’m more understanding of life, and I’m more understanding of my fellow man. So now art is coming through me more easily and I can do it in different mediums. So I see myself being, in the next few years, a substantial recognizable entity in many artistic forms, whether you see me on the big screen or you see me behind the camera, or in front of it, or whether you hear my notes floatin over somebody breakin somebody’s face, my art will continue to be exploited as well as enslaved throughout American pop culture.

“When I was at Wu-Tang Mountain I almost didn’t come back to America, that’s how much its grace and its spirituality affected me.”

AB: A very quick subject change because I know we’re running out of time. I’ve studied Kempo karate for almost 21 years now and I know you took a trip to Shaolin, so I’m wondering are there return trips planned?
RZA: Yeah actually I definitely want to go back, but not to Shaolin, to Wu-Tang Mountain (in China). I went to Shaolin and that was one of the greatest experiences in my life but what kind of topped that experience was my trip to Wu-Tang Mountain. When I was at Wu-Tang Mountain I almost didn’t come back to America, that’s how much its grace and its spirituality affected me. I felt a connection. I didn’t want to come home. If I didn’t have children I wouldn’t have come home, I would have stayed in China for three to five years.

AB: Yeah, but you can’t live up on a mountain there if you got kids here.
RZA: Right. Well, you can, Buddha did it, Buddha left everybody. He didn’t give a fuck. Buddha left his wife the night she had the baby and then he came back and changed the world with the philosophy that he was able to obtain. I was nervous about doing something like that. It was a great experience and you know as a martial artist, after 21 years of Kempo, that the best feeling you can get is when your art is well crafted to your body and everything is so in tune you feel like you can fly almost. You know that feeling and that was the kind of feeling I was getting when I was out there.

” Yeah I don’t think you can just head over there on the train. Wait ’til the Star Trek era comes and you can just beam yourself over.”

AB: Man, they need to hurry up with that! Finally, I have a question about a really old beat of yours. “Winter Warz,” the intro is different than the song, did you ever think about making an entire song based off the intro?
RZA: You know what, I never thought about making a whole song based on the intro but we do sometimes, on stage, use the intro for the song. In other words Capadonna would do his verse to the intro beat and the DJ would cut it back and forth. It’s a DJ part. I‘m an old DJ, a lot of people don’t realize that, and a lot of my beats and a lot of the things I did in my songs are just giving the DJ the chance to do his thing. In the old days songs always gave the DJ a part, then Hip-Hop went away from givin the DJ a part. Now I think it does again but I think I was one of the guys that was bringing that back, giving the DJ his chance to cut. “Winter Warz” is almost totally an electronic produced beat, as well. It was one of my early electronic beats. There weren’t really samples up in there but it still rocked hard and I was able to give the DJ a part, but that was the idea.