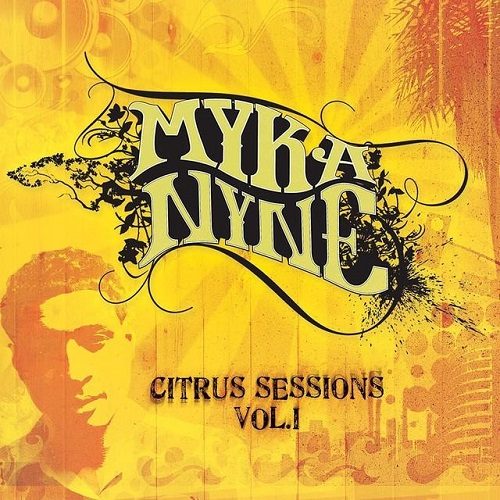 The land was so familiar.

Still rubbing the sleep from my eyes, I began down the most inviting of paths, keeping my feet from gnarling the lush flora and trying to recall what it was I felt was missing. Streaming down from the canopy were magnificent golden bulbs and soft, moss-coated vine as thick as tree trunks. I touched one fleshy bulb and found it warm to the touch – it smelled of sweet nectar and seeped a dewy milk as refreshing as water. Tightening my backpack straps I pushed through the vines, watching them swing like aimless pendulums and listening to them creak like mighty ancient doors.

Out from the brush I saw an ethereal valley in an orange haze, brilliantly colored shrubbery lifting to the crest of smoky treetops where fresh rain gathered in thousands of lofty pools. It was early morning but the clouds bled like sunset, and beams of light shot at the earth like random spotlights. The grass was warm and soft enough to render shoes excess, so I tossed them in my bag and continued down the hillside. It wasn’t until spotting a garden of fruit that I realized the place was as beautiful as anything I’d ever seen, and I began to laugh in boylike awe. Recovering, I reached for an apple that clung just barely to its branch, but before I could grasp it I noticed a ring of black smog rising from beyond the wood.

Out of curiosity, I pushed through the forest to the other end of the valley. There stood a giant halo of dead trees, a sad, sad smokestack towering out from the center. Trudging through a gap in the trees like a chipped tooth, I peeked both ways as if to watch for traffic. There was no sky: the trees formed an enormous arching roof that enclosed the entire area. Dim candles hung from the branches and fireflies methodically batted about. I walked quietly through the fog; deep, echoing clangs like mangled bass drums sounding from somewhere much further than they possibly could have been. I kept at a snail’s pace, watching either side of me in fear, when I walked straight into a god-like tree stump and passed out.

Before long I came to, and rubbed at the bruise on my forehead. I stared at the stump in admiration, and had to touch to see if it was real. I patted and knocked on it, hoping to produce the lovely, hollow sound I expected, but the sound was flat if anything at all. Looking straight up, I saw a pair of dangling legs and jumped at once. There sat a one-eyed imp, the stump his throne, and a brush and canvas in hand. A stack of artwork leaned close by, all depicting gorgeous landscapes not far from that of the world outside. But in hand he painted an industrial wasteland, an ugly city, run-down and unsightly.

I asked him, “Where am I?” He did not respond. He continued at his work, sloppily applying coatings and splashing dark colors across the courtyard more and more violently. Suddenly he bellowed out in a horrifying squall, “keep it citrus!” I stood there puzzling.

Before long, he began to sing a nightmarish song, tossing his older, more beautiful paintings high into the air and letting them crash to the ground. He danced with glee, destroying his master work in a hellish way, as I stood back and watched in astonishment. It was a shame to see his masterpieces go to waste; “Higher Water,” “Treeez,” and “Alive Again” among others. As he got closer to the bottom of his pile, I glanced towards the exit and slowly began to make my way towards it. Right before I reached it, he hurled one last painting, an ugly one, barely missing my face. It hit a branch and fell to my feet. The title ran wet in smeared, black ink, “Comfortable.” I peered back at the demon, finally garnering his attention. He shifted towards me and sprinted fiercely in my direction.

I took off at once, and headed through the long, dark hall with trees as walls. I heard its awful cackle behind me, a racket only outdone by the menacing footsteps that scattered so many dead leaves. The creature tried to tempt me to slow down, but its words were hardly audible through its disturbing moan. I had finally gained enough ground to veer off to the side, hiding in a grotto that was warmer than the rest of the dead palace. I caught my breath and spit at the ground, where a pile of sticks were neatly arranged into a message that read “Stay Strong.” Lying next to it was the only color I had seen in hours; a consoling heap of autumn leaves that spelled out “Viles.”

All was quiet, with time enough for me to regain composure. I tiptoed back to where I had entered, the crack where “Grand Outro” was elegantly carved into a headboard. To the dazzling overworld I had finally returned, but I knew it corrupt at its core. I laced my kicks and trekked up the hill from which I came. I wanted to go home.