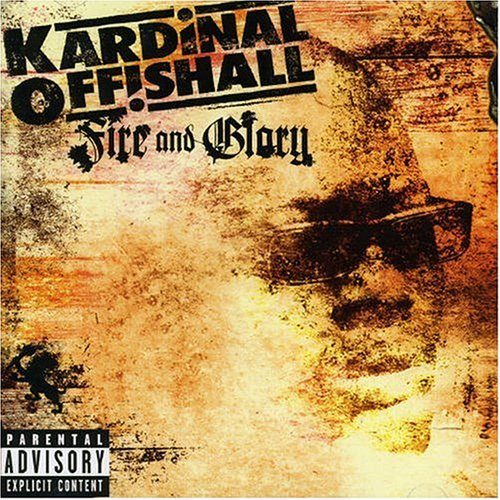 It’s been a long time since I’ve heard anything from Toronto’s Kardinal Offishall. He was snatched up in the Canadian rapper craze earlier this decade and was actually the only one to have an impact in the United States. That’s not a slight to Choclair and other talented rappers who didn’t impact, but Kardinal Offishall moved more units and got more spins. The reason being Kardinal’s Jamaican roots and the fact that dancehall was hitting big during the time “Firestarter Vol. 1” dropped. The sad thing about Kardinal’s commercial success at the time was that when people heard his catchy track “Bakardi Slang” in the clubs they assumed he was just another dancehall act and probably didn’t bother checking the album. It’s disappointing on two levels. For one, Kardinal Offishall is a talented RAPPER and he shouldn’t be pigeon-holed just because he celebrates his cultural roots. Secondly, and most disappointing, is that his lackluster album sales led to EMI not distributing his second album in the states. The result is that Kardinal’s fan base is limited even more as Canadian fans can cop his album at reasonable rates while Americans have to pay a whopping $33.99 retail for the “import.” While international readers are probably used to this frustrating situation, I hope that Kardinal pushes enough units of “Fire and Glory” to persuade EMI to up their distribution next time around.

The album starts off with a roots reggae inspired beat on “Last Standing Soldier” that purposefully brings up memories of Bob Marley’s “Buffalo Soldier.” Of course the only thing reggae about the track is the beat as Kardinal Offishall rips the track. What’s even more impressive is that this track, like others on the album, is also produced by Kardinal Offishall. Rappers tend to get into production all the time, but even the most successful end up sounding repetitive (see Eminem). Kardinal doesn’t suffer that fate here as he keeps it fresh both on the mic and on the track. Vybz Cartel shows up on “E.G.G. (Everybody Gone Gangsta)” and show that they don’t need a dancehall beat to sound good. Kardinal uses the track to call out fake gangstas and reminds us that they bang up north too:

“Black Jays up, within your town
Ray and Neff throw it up so we can get down
Black on Black Blue Jays gone take the crown
Your now in tune to the number one sound
Rudebwoys brown bag their liquor and they walk in the street with it
Rainbow anyting yuh never see me with it
Big matic (CHO!!!) my respect
Automactics, German luger, Kardinal never needed it
Niggaz hungry in the streets so we feeded it
Pretty face, ugly body I couldn’t be with it
Words from the most high I heeded it
You know it ain’t my baby, maybe he did it
His face was in front of knuckle, I bleeded
Niggaz dropin dimes AKA they pleadid it
The mic smokin and I proper and bleeded it
You soft pranksta, why you lyin tryin to be gangsta”

Kardinal isn’t all gangsta rap though and mixes things up nicely on “Fire and Glory.” “Sunday” features what is somewhat of a prayer as Kardinal drops a track he wrote on a Sunday and addresses all the problems he faces including the fact he dislikes the glorification of gangstas in rap yet he partakes in it himself. “Kaysarara” finds Kardinal flipping the popular phrase (Que Sera Sera) and proclaiming he’ll never let things be and will take control to make sure things go his way. He backs his confident claim with boastful rhymes that definitely impress:

“Aiyyo, actions speak louder than words
My middle finger speaks louder than yours
I’m in the hood, feet poundin’ the curb
Jealous of nothin’ – mine is bigger than yours
Standin’ still, y’all runnin’ with herbs
I stole the soul motherfucker, I ain’t bringin’ it back
Whack niggaz like Jansport, holdin’ me back
And I don’t care if you’re friends with Jay
Or Dre, or Kay Slay, you’re still garbage
Learn to parlay, before you look this way
I’m heinous with mine, Kardinal made this
I don’t pay to get on any playlist
Niggaz in the street was waitin’ for someone to say this
I ain’t suckin’ dick for y’all DJ’s to play this
My records spin like rims on an Avis
Look at me wrong, and say what’s up to Sammy Davis
I’m heavy nigga, the biggest libra couldn’t weigh this
Before you kiss your TV, you should kiss my whole anus”

Kardinal keeps up the lyrical intensity throughout the whole album. He keeps a tight balance between street tracks, party tracks, and those in between. As always he drops a reggae tinged accent at times but only to celebrate his heritage. The production, thanks in large part to Kardinal himself, is also on point.

“Fire and Glory” is a better album than “Firestarter Vol. 1” so it’s even tougher to see it get limited distribution. Rather than shy away from his Jamaican roots, Kardinal embraces them full force and decides that being true to himself is more important than selling more units. Aside from being quite commendable, the approach leads to great music as Kardinal vibes with dancehall’s biggest stars easily. When Kardinal is in pure rap mode he shows the skills that got him signed in the first place. Aside from having better lyrics than most of his counterparts, Kardinal’s unique style also sets him apart. I recommend this album highly but I won’t fault anyone for not wanting to drop $33 bucks on it. It’s not worth $33 bucks since I don’t think any album is worth $33 bucks unless it’s got at least 4 disks and really fancy packaging. But if you can find this on the cheap or get lucky on eBay as I did then don’t hesitate in picking this up.