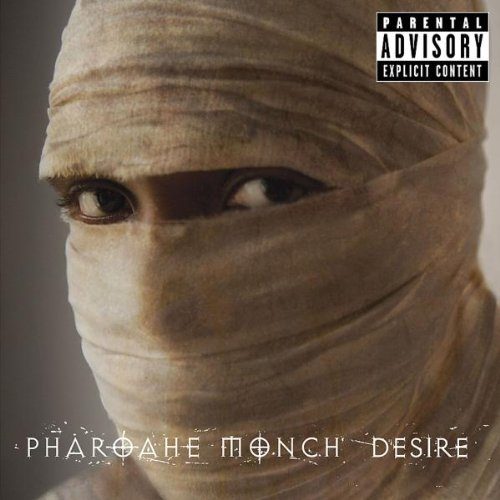 It’s the same debate, just different sides of the coin. Flip it heads and cats argue about who’s the best MC – Biggie, Jay or Nas. Flip it tails and the argument is who’s the best MC – Pharoahe, Acey or Reef the Lost Cauze. Okay I’m kidding, Reef usually doesn’t come up in these conversations, but he’s still nice on the mic and I wanted a so-called “backpacker rapper” whose name rhymed with Nas. I say “so-called” because at the end of the day it makes no difference whatsoever. Underground or overground, mainstream or subsonic, commercial or anti-corporate, every MC’s ultimate goal is to impress the hell out of their listeners and hopefully get paid in the process. Pharoahe Monch got one half of that equation right a long time ago. As one half of the hip-hop duo Organized Konfusion, Monch helped to create one of the ten most important albums in rap history, and that was on his first album out the gate over 15 years ago. Sadly though this album sold about as well as a bag of sand in the desert. I often think of the vocal excerpt tacked on to the end of 3rd Bass’ song “Derelicts of Dialect” when trying to comprehend why this album went double wood:

“Individuals who are never satisfied with the static standards set by the masses — the masses have always been lethargic. They have always opposed greatness for it is beyond them to even… comprehend greatness.”

Framed in elitism the statement can almost be viewed as offensive, but the key word in that excerpt is “lethargic” and it often accurately describes the most profitable structure of the music business. Ideal consumers need not discuss, think or even read about music (which unfortunately for RapReviews means they’re not here right now) – they need only to hear the latest popular song on the radio and buy the album that goes along with it. As brilliant as Organized Konfusion’s self-titled debut was the lack of mainstream radio play meant that a largely lethargic consumer audience would never be exposed to its greatness. Pharoahe Monch and Prince Poetry should be household names on the level of Timbaland and Will Smith, but there are gatekeepers to our media outlets who will always decide that it’s “beyond the masses to comprehend greatness” and thus will never give them the CHANCE to comprehend it. As such it’s a minor miracle that Monch managed to chart after Organized Konfusion broke up with his solo album “Internal Affairs.” Monch did not tone down his poetic complexity or lyrical ambidexterity one bit, in fact he may have kicked things UP a notch, but the infectiously catchy stomping beat of “Simon Says” gave the static standards of the masses a swift kick in the rear. Just when it seemed like Monch was going to take that speedboat straight to #1 with a bullet on Billboard, Godzilla reared his ugly head and stomped so hard that a tsunami capsized his career. That’s not a metaphor – this really is Godzilla’s fault. Toho Company Ltd. sued over the unlicensed use of Godzilla’s theme music in “Simon Says.” Try finding a new copy of “Internal Affairs” in stores today and you’re shit out of luck, which means Monch is forever stuck at 200K units sold and will never go gold.

You could hardly blame any artist in Monch’s position for giving up on the rap game for good, leaving behind a career full of brilliant records strewn across a boulevard of broken dreams. Monch didn’t leave the game he reinvented though, he just went further off the mainstream radar than he already was to begin with, leaving behind a once promising deal with Rawkus Records to find a new path to success. In 2007 Monch has finally emerged like a phoenix from the ashes on Street Records Corporation label, and this writer finds it both worthwhile and important to note the imprint is the creation of former Loud Records CEO Steve Rifkind. When other labels wouldn’t take a chance on the likes of Mobb Deep, Wu-Tang Clan and Tha Alkaholiks, Rifkind signed them to Loud and made them stars in both the underground AND the mainstream of music. If Rifkind can work that kind of magic on Pharoahe Monch’s new album “Desire” he may achieve that long-awaited success he DOES desire – sales to match the critical acclaim he’s always received. It all starts with the T. Jamerson produced lead single “Push,” which both Monch and the label needed to hit on the same level “Simon Says” once did:

“Make you notice me, be like ‘Damn – dude’s awesome, totally’
When he rides the baseline like GinÃ³bili
I’m, vocally unmatched globally
With the flow, so underground, but mo’ publically notary
PUSH, in this era of G. Dubya Bush we must
Load mental ammunition and bust
Thus, I’ma hold you down, I got you
One more repetition, I’ma spot you
This is for my blue-collar workin beer guzzlin
Bootleg DVD sellin keep hustlin
PUSH, if you represent the struggle then PUSH
Keep the pieces of the puzzle and PUSH
Never let ’em place a muzzle just PUSH”

Now I’ll admit the first time I heard the song it threw me off a bit, as Pharoahe Monch SINGS the first verse and he’s accompanied throughout the track by the soul band Tower of Power. That’s unfair really – it’s as though I expected Pharoahe Monch to stay frozen in carbonite and emerge in 2007 as the same man he was in 1999. Monch’s style has evolved and not in a negative way at all, he’s just found more new outlets for his creativity and crooning is one of them. As a straight up lyrically complex MC he hasn’t lost his touch at all, evidenced by tracks like the Grind Music laced conspiracy theory tribute to Public Enemy’s “Welcome to the Terrordome”:

“There’s a hole in the apple, the Apple has been Rotten
Scheme like the Klan, I plan like Bin Laden
Supreme, screenwriter, slick, script editor
Drop the LP and it hit like Hezbollah
7 years later, it’s the Year of the Gods
United States government is just a facade
The Catholic church got ties with the mob
I see it all like The Wizard of Oz
And it’s a yellow brick road, the fame riches and cars
If you truly had a brain, you would know where you are
Poison your ventilation, cut your education
Secret information, world domination”

And if you want the eerie brain-shattering side of Pharoahe Monch that leaves you questioning both your sanity and reality itself, there’s no better place to look than the co-produced T. Jamerson and Lee Stone opus entitled “What it Is”:

“Rap’s like Star Wars, only the stars die, it’s no sequels
Beat three cases, C-3PO’s/see 3 P.O.’s
Before Morpheus and Neo was killin ’em
We was duckin bul-lets in the hood like we were Will-iams
Understand the underground rhyme sent
but take it serious or die laughin like John Ritter
Young Eastwood, just tryin to eat good
Breathe easy, relax, Mac like Fleetwood
Keep snorin, keep sleepin I’ll keep tourin
Come back, lay in the cut like Neosporin
Came out of the fallopian blastin
Pharoahe hungrier than Ethiopians fastin
Flies all in my teeth, stomach stickin out
Niggaz want dibs on the weed but ain’t kickin OUT!
See this is not American Idol
This is me, tryin to eat, human survival
Pft! Spit at your favorite rapper, take his title
Stick needles in his eyeballs ’til his signs are no longer vital”

Everything about this rap is trademark Pharoahe Monch to the core – staggered verbal flows that bend words in places you wouldn’t expect, intense imagery through astoundingly vivid verbiage, and funny lines that catch you off guard like a Bas Rutten liver punch. For anyone concerned that Pharoahe would have fallen off during an 8 year layoff, “Desire” should easily answer those questions in spades, including on the title track itself:

“Comprehend the guidelines
My chest out, chinchilla all relaxed on the sidelines I’m so famous; understand
New York City respect my game like Joe Namath
And I protect my name like yo’ anus – in prison
Y’all don’t hear me, y’all don’t listen
Y’all just wanna shine, y’all just wanna glisten
Floss, knowing that the soul is still missin
(Who.. am.. I?) I’m the poetical pastor
Slave to a label but I own my masters
Still get it poppin without Artist & Repertoire
Cause Monch is a monarch only minus the A&R
When my brain excels, your train derails
Pop shit, make you feel +The Clipse+ like Pharrell”

The Alchemist bangs this one out like it was handpicked for M.O.P., and it’s no surprise that sample of Fame and Danze yelling “OH! OHH! OH! OHHHH!” are stitched up into the cut. After all these years Pharoahe’s oratorical wit remains sharper than a steak knife and his flows stay harder than adamantium. Without the right production this could all be for naught but with so long of an absence Monch was not about to get caught out there. The album jams from start to finish, from the 99 Fingaz guitar-laced “Free” all the way through the nearly 10 minute long epic three part “Trilogy” by Mr. Porter at the end featuring Porter, Dwele and Tone in successive chapters. It’s long overdue for Pharoahe to come back with a new album, but the delay has not hurt Pharoahe in any way. He was 20 years ahead of the rap game back in 1991, and even today he remains so far beyond what most of us can comprehend that in his world cars run on water and human beings have colonized the moon. We’ll all catch up with him someday… as long as we have the desire to do so.