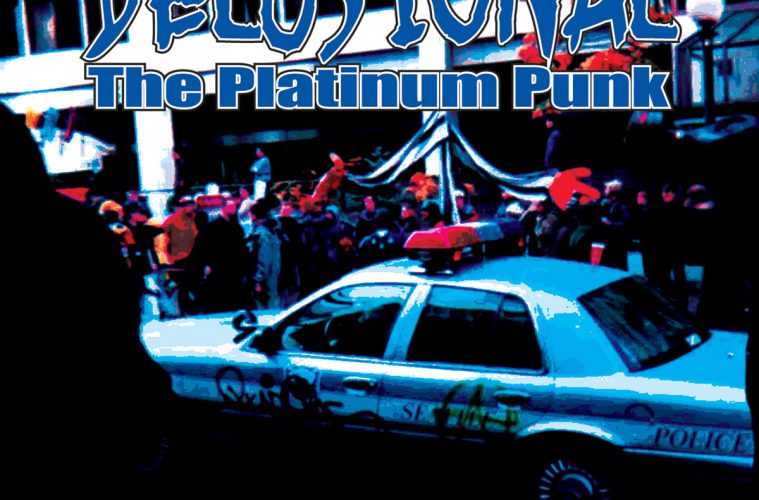 The hip hop community doesn’t take too kindly to poseurs. Seems like everyone (at least, in theory) is welcome at the freshest party on the planet as long as they come original and true to self. But what if being a “poseur” is how one actually defines oneself? What if the act of “posing” is felt to be the best manifestation of one’s true colors? Coming out unabashedly himself, Delusional is both punk and hip hop in both his artistic philosophies and musical expressions. Many people will take his moniker at face value (especially considering the fact that you’d be hard-pressed to find even one instance of a traditional “punk” rocking platinum), but actually listening to this portly, pasty, decidedly unfunky artist may just reveal a passion, an honesty and a flair for individuality that is sorely lacking in most of today’s mainstream maelstrom. A genuine poseur? Give me an oxymoron and I’ll show you potential for something special.

The first issue listeners will have to settle before either enjoying or hating Delusional’s acrid blend of middle-finger individualism, chieflyâ€”is the dude angry for a good reason, or is he just another spoiled middle class kid complaining about bullshit? Proponents for the former will point to the righteous lashings Delusional serves to those who question his unique blend of styles. After all, artistic and individual freedoms should be guaranteed, no matter how awful the product (and this stuff, though no doubt grating to some eardrums, is far from awful). Proponents of the latter argument will look at the lame “Fuck the Police” for suburbanites “Hold Your Fist High” (apparently, D and his friends are constantly getting harassed by the pigs for smoking piff, a problem I’ve never really experienced myself). Both sides have a case.

But there’s no denying the small touches that push “The Platinum Punk” from terrible self-indulgent white boy rap rock into something interesting; whether it’s his ability to laugh at himself, his ear for songcraft or his (aforementioned) righteous rageâ€”recalling another chalky fat man, Aliâ€”Delusional injects his album with more than just awkward Linkin Park rip-offs. And although his brand of fist-in-da-air self-empowerment is more sophomoric than revolutionary, it’s damn sure got more potential for positivity than the average bile polluting the “urban” playlists nowadays.

Sonically, the project veers wildly from nondescript rap beats to straight up punk thrashers, with oddities like a Timbaland rip-off thrown in for good measure. The weaknesses of the punk-rap hybrid aren’t usually so obvious, as Delusional helms his serviceable flow with good control and more flair than one would expect. The mix falls flat in a big way, however, on most of the hooks, which are screamed and repeated ad infinitum, being both inane and jaw-droppingly annoying. Other awful moments include the one track devoted to sex (“On Your Knees”), a few flirtations with mystical bullshit, and a “hidden” phone message that (almost) single-handedly made me lose all respect for dude (while normally quite pleasant, when drunk at 4 am Delusional apparently turns into a bumbling, foul-mouthed assholeâ€¦heaven knows why he included this message on his album, no matter how hidden).

Taking cues both flow-wise and musically from Run DMC, Delusional doesn’t much care where his true roots lie, or whether you think he’s real or not. Far from a narcissist, he’s actually just a free-thinker that’s been picked on too long. Whether that actually translates into an interesting and satisfying musical product is, despite D’s insistence that he’s fresh regardless, still up to the listener.