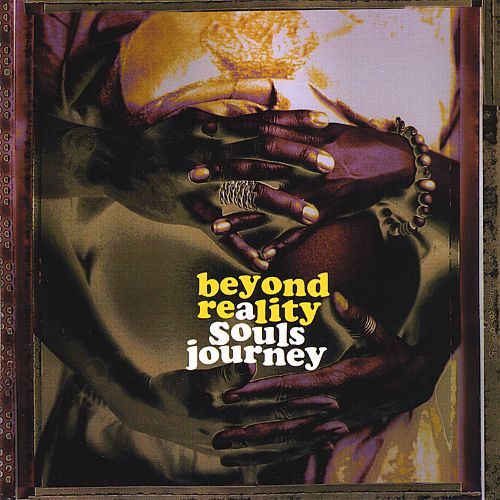 Beyond Reality :: A Souls Journey

The only foes capable of shutting up fierce female MC’s are their own offspring. Roxanne Shanté had the Five Boroughs trembling after she dropped the U.T.F.O. diss “Roxanne’s Revenge” back in 1984. Two albums later, she disappeared off the scene after having a kid, and now is a practicing psychologist in Queens. Lauryn Hill is destined to come out with a new album later this year, but after she opened up a Zion Daycare Centre, it will hard to be on the road for too long. The impregnated Foxy Brown is fending off hairy Maries in the State Penitentiary and is also reported to have her first-born behind bars.

But why keep the family at home? MC/mom Erika “Kylea” White performs with her four year old son/hype man Upendo “Up” Selassie and lets nephew/DJ Aaron “AB” Benson handle the cuts at the back of the stage. As Beyond Reality, they put up a wholesome and funky family show which has been solidified into their first album “A Souls Journey.”

The torch of female lyricism is carried through unusual streets. The MC of Beyond Reality has been penning up her bars since she listened to Queen Latifah and MC Lyte on newly bought cassette tapes. With a group of two other Seattle (WA) locals, she first started performing under the same name she still puts on the show posters now. The threesome disbanded, but that didn’t keep her from staying an avid advocate for the pure culture beyond the reality of L. Vuitton verses and Camborghini convoys. Northwestern hip-hop got picked up in the backpacking community thanks to the Rhymesayers camp, but that doesn’t mean they were pioneering in the rugged west. MC Kylea lets you know what time it is on the retrospect reminder “Reversal”:

“Since the beginning of time, beginning of rhyme
We got you stop fronting and looking like you don’t want to
There’s a party over here, you might just miss it
Being delivered the heat but cannot miss it
Feeling like B-boys when they touch the pavement
Watch what you say to who you say, ‘cuz how they take it
Could be the reason why you gonna need that face-lift
I’ll write the script, you slide down the written path
We toe to toe, the flow going to get that ass
I’m not the best, I’m not the first, I’m not the worst
You’ll see me in some kicks before you see a skirt
But that’s okay, the girl’s still a piece of work”

Before Kylea started rhyming in the late eighties, she played the drums in her high-school band. That enduring love for funky percussion has remained with her up until the day she recorded “A Souls Journey,” which snaps open with the marching band beat on “Drum Line.” Virtually every other track is backed up by brisk bass lines and snappy drumsticks hitting calfskin. Bean One, another Seattle Washington native who worked with the likes of Living Legends and Jurassic 5, hit the family up with obscure soul cuts that reflect their positive, in-your-face attitude well. “Creation,” one of the few tracks not produced by him, leans on the same loop Hassan used for Ghostface Killah’s rambunctious “Apollo Kids,” but there is enough similar funk and soul to go around.

Although she stays far from the psychedelic psychobabble Ghost likes to venture into, Kylea possesses a part of the rowdy charisma that kept the Wu’s most consistent member growling on top of hip-hop’s NY skyscraper. Kylea’s staccato lines are devoid of any verbosity, and her window to the world on “A Souls Journey” is strictly focused on the culture she has devoted so much time to. Songs like “Clap Your Hands,” “The 1-2,” and “B-Girls” leave little to the imagination. The only guest MC is one who made his own come-up by reviving the schoolyard cypher spirit with Jurassic 5. Chali 2Na’s one verse appearance on “Your Life” sharply contrasts with Kylea’s candid straightforwardness. Since J5’s largest is so familiar with friendly family fun, he doesn’t break the spell:

“Gotta crack the miraculous
Since blacks had to pack at the back of the bus
Tracks are plush, flowing like an aqueduct
Spit goo with the crew that will back it up
Flame throwing the heat, we broadcasting
A warpath that will forecast a bloodbath”

ShantÃ©’s kid is in university by now, Hill’s prodigies will ensure the continuity of the Marley bloodline, and the fruit of Foxy Brown’s loins will probably be sharing a cell with “Pretty” Bruno Allonzo by the time he hits his mother’s age. With the purified musical education Upendo “Up” Selassie is getting, he will keep representing the lively spirit his mother has drenched him in. Mum’s the word:

“Don’t call it a comeback – we’ve been here
You can’t suppress the real, when it’s the real deal
Like my son when he scratches, and he breaks, and he raps
He’s a part of this culture; there’s no changing that
If it’s all that you know, if it’s all that you see
It’s part of your life, and you love who you be
That’s the reason why I am doing it, years put into it
Conversations, get back to basics
Let’s face it: You don’t have to love me at all
But I’ma kick my time good while some of you fall
I will keep the smalltalk to a minimum y’all”