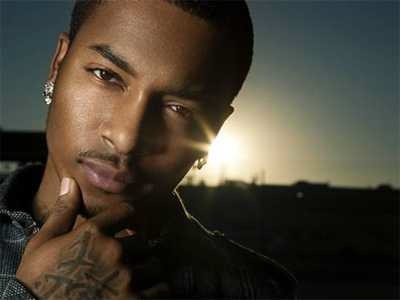 In the early and mid 2000s Chingy was one of the biggest stars in hip-hop. His music was on every radio station, even crossing over into the pop world. The St. Louis native hasn’t been heard from for a number of years, though, which is why RapReviews caught up with him to find out what he’s been up to. What we learned is he’s been through some tragedies, started his own label, Full Dekk Music Group, and is ready to work his way back into the limelight.

Adam Bernard: The first question I have to ask… where the heck have you been? And don’t just say “Right Thurr

AB: First of all, condolences. It sounds like that was just an awful couple of years you went through. Were all the passings just random occurrences?

C: I mean, random occurrences. Murder. My auntie died from a heart attack. Things like that.

AB: Have you been the rock that keeps everybody together?

C: I got a pretty big family, a pretty tough family, and we all keep each other together when it comes to that. We all show each other equal love because we’ve always been a close family, but it’s difficult and it’s still difficult to this day, but like I said, I’m still keeping my music pushin. We still got some things comin.

AB: Musically you saw huge success early on, including three hit singles off of your debut album, Jackpot, which came out in 2003. How did you handle that early success, and if you could go back and do it again would you handle anything differently?

C: Handling so much success early… I felt like it was overdue because before I got my first record deal I had been trying to get in this business for about 15 years, just paying my dues. I’m a pretty humble, down to earth, dude when it comes to success. I know some people will think that it was overnight, but it wasn’t overnight to me because of the struggle that I went through to get to that point. As far as the success shooting off, it was a beautiful thing because I worked so hard to push that album and push those singles off of the Jackpot album. I really got it to where it was supposed to be, and a lot of people will say stuff like “Chingy’s not this because he was with DTP” and this and that, but when you think about it, Ludacris and DTP, I was on the label, and of course they helped out, but my single “Right Thurr” was all me. That blew up on its own because of me. It had nothing to do with Ludcaris or anybody. It blew up because it was Chingy. The same with “Holidae In.” That was all me. I wanted Snoop on that song. I wanted Ludacris on that song. That blew up because it was me. The same for “One Call Away.” I got Jason Weaver on that song. I wrote that song. Everybody tried to say that the success was because of Ludacris and all these people, but the success was because of Chingy because Chingy made a lot of those things happen and Chingy made that music. Like I said, I’m a humble dude. It’s a job to me. It’s just like somebody that goes and works a nine to five. That’s their job and when they’re not doing their job they’re just normal folks. My music is my job and that’s how I treat it. When I’m not Chingy I’m Howard. I’m your average guy who likes to have fun, laugh, and is sociable. It’s just my job.

AB: Now you’re an independent artist. How different are the pressures for you this time around as opposed to when you had your major label releases?

AB: Do you feel you have any advantages being that you’ve experienced the full ride of the music industry roller coaster?

C: Yeah I definitely have some advantages because when you tend to be with record labels those execs think they know the music to push, but the artist, and me myself, I’m out here all the time. I listen to the radio, I be in the clubs, I know what people want to hear, so this time around I feel like I’ll give those people what they want to hear from my perspective. Whether it’s urban, whether it’s pop, it’s music, and these (record label) people tend to stop at one crowd, they stick with just one crowd. I make universal music. I don’t stick with one crowd. I make all types of music and try to please all audiences because I like to make good music all across the board, all across the world, universal that everybody will love. Also, I know we’ve talked about my first album, but I think people tend to forget that my second album, Powerballin, the single “Balla Baby” did very good, and on my third album “Pullin Me Back” was a number one record. On my fourth album, “Fly Like Me” with Amerie did alright, but they brought that album out too soon. I just said all that to say I’ve had numerous success and I’ve had a lot of records out and I think people tend to forget that because I haven’t been out in three years, but you can’t take the success away from me, and I ain’t done yet. I’m still goin.

AB: Is it weird knowing some of the rappers who are getting famous today probably grew up on your first few albums?

C: It’s a blessing. I think it’s great cuz I haven’t been in this business yet ten years. Almost, but not quite, so to me, even though this is my fifth album I’m still, I’m seasoned in it, but I’m still pushin. It’s not like I got to the top and I have nowhere else to go but down, I still can go up. Right now I’m just trying to get everything right as far as my team, and business-wise, to get me there. I just need to establish the right team for us to get where I need to be because making it in this business was half of the goal. I’ve always had a passion for wanting to help other people and put other artists out, and that’s why I got Chris Woodhouse, who’s featured on “Superhero,” he’s an artist of mine, and this gives me a chance to do something I’ve always wanted to do.

AB: Is there an official drop date for your album?

C: I don’t have a date yet because I feel like first I need to get these singles out. I need to get everybody warmed back up to the music that Chingy makes. I need to bring awareness to my brand and bring awareness to my music once again in a big way. If that takes me dropping single after single and not dropping an album until I feel it’s right, I’m not gonna drop an album until I feel it’s right.

AB: Earlier you mentioned “One Call Away,” which featured Jason Weaver, who is also an actor. You’ve done some acting yourself. Do you have anything in the works when it comes to that?

C: I have a movie that recently came out called Speed-Dating where I play this character Kenneth, who is the main chick’s ex-boyfriend. That came out on DVD. I got an upcoming movie I starred in called Polish Bar. I play a character named Fat Moe who’s a little street drug dealer, club owner. That’s something to look out for, as well.

AB: Your role in Polish Bar is “Fat Moe?” Unless you’ve been hittin the Arby’s I don’t think fat applies to you.

C: Nah, fat definitely doesn’t apply to me, it was just an alias. My pockets was fat!

C: I want to play a fly young detective with charisma and style. Aggressive, but fly. A ladies man. Kind of like Mike Lowrey in Bad Boys.

AB: Which actress is your dream actress to act opposite of?

AB: Finally, has your idea of what success is changed over the years?

C: No, not really. My view of success is perfect your craft and stick with your goals and stick with your dream and really push for it and keep God first and anything can happen. I’m living proof because I used to think it was going to be impossible for me to make it in this business, so I’m living proof that dreams come true. Don’t let nobody discourage you. Go for it and you can make it happen.