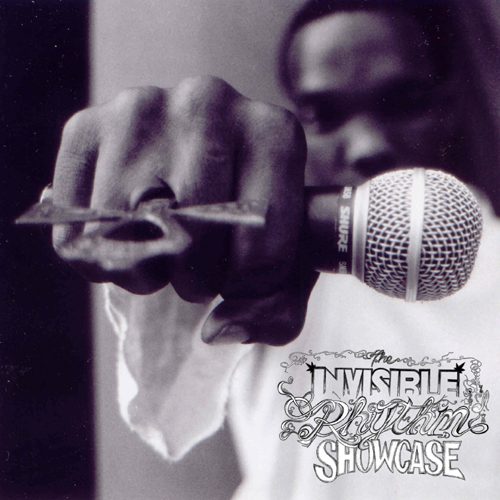 Last time I came across Mindbender, I found the Canadian emcee to be a bit abstract at times, but overall appealing. This time around Mindbender has decided to focus completely on his abstract side and in the process his appeal has gone downhill. “Invisible Rhythm Showcase” is the latest in the Urbnet series of digital only releases, meaning you’ll have to get this album online. At 24 tracks deep, this release seems to be some sort of concept album as the tracks are referred only as “Scene” 1-24. The issue with Mindbender’s concept album is that it’s nearly impossible to figure out what the concept is.

We’re told this is the first “Invisible Rhythm Showcase,” so we can assume more are to come. During the first track Mindbender lets us know he’s on some different tip and that his lyrics are like Shakespeare’s work. The problem here is that if you read or watch a Shakespeare play you come out knowing what happened. On this CD you come out knowing nothing. Not only does Mindbender go with abstract rap lines and disjointed verses, he goes with experimental electronic beats that further complicate things. Take “Scene Four” as an example of what is wrong with this album. We start out with some random vocal sample promising to show us a world “without boundaries.” After this sample a beat kicks in consisting of a simple drum beat and simpler two note melody. During the next 5 minutes we’re treated to an array of samples that even include Homer Simpson and Fry from Futurama. At the end the beat and samples all stop and Mindbender drops gems like “I’ll solidify my phenomenal flow, so just sniff the vapor mist of script gases.” There are a few more tracks that follow this pattern, though most just skip the 5 minutes of BS and get straight to the one minute of Mindbender ramblings.

I’d love to give Mindbender’s latest album more time, but there’s not much else I can say about it. I’ve listened to it and I don’t like and I don’t feel like further wasting my time searching for interesting ways to describe the same crap. “Invisible Rhythm Showcase” is an abstract mess of a concept album. It’s hard to discern what the concept is and even harder to discern what meaning most of Mindbender’s verses have. I don’t mind abstract emcees on occasion, but Mindbender seems to be trying to be abstract just for the sake of it. There’s nothing of substance here nor anything even remotely similar to the writings of William Shakespeare. Instead of giving us something new or fresh, it seems Mindbender took the lazy route by not giving any thought or sense of direction to his lyrics and hoped calling it conceptual would be his saving grace. Mindbender’s conventional work warrants a listen if you like nerdy, semi-abstract rap, but this CD is not recommended to anyone.