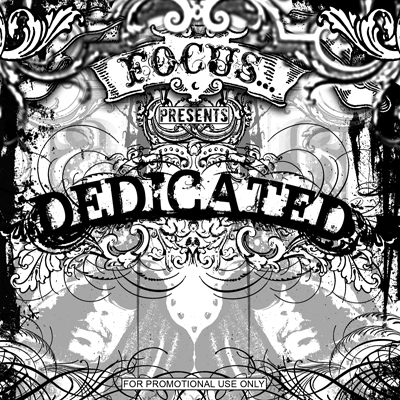 Being an artist on Aftermath Records seems to be a gift, as well as a curse. A gift in that having the opportunity to work close to the hip-hop legend that is Dr. Dre has to be a truly wonderful experience. The curse is that the likelihood of your album seeing a release date can be an experience akin to casino gambling â€“ every roll offers the possibility of victory, but most likely, you will walk away frustrated and broken (Rakim, Raekwon and the list goes on and on).

Considering the frustration that comes with being an artist on Aftermath, and Dre’s seeming reluctance to release material he does not deem to be flawless (considering how long Dre has been around, he really does NOT have that many productions to his credit), it would be wise for you to do as Eminem, and other associates of the label, and handle most of your business yourself.

Dre does not seem to mind if artists use the brand equity associated with being affiliated with him and do their own thing. The Game, Eminem and 50 Cent worked this to great effect to ensure that their name and projects got top billing despite the fact Dre did very little work on any of their albums.

Focus, a staff producer for Aftermath, seems intent on doing the same thing. He even took it one step further and released the entire album on the Aftermath web page â€“ for free.

For those familiar with Focus, you would know that he is definitely one of the most talented MUSIC producers out there today. I was thrilled to find his entire album up for download and surprised to find that he was a rapper signed to the Aftermath, as well.

This gave me a bit of alarm.

Black Milk said, “Producer/Rappers get the most criticism” on the album opener of “Popular Demand”. There is a reason behind this. It is rare the rapper who seems to shine on beats â€“ and vice versa. Most times, you just end up wishing that the person would stick to their respective discipline and leave the other thing to others who are willing to concentrate on what they do best.

Though the production on this album often approaches sublime status, and Focus comes across as capable on the mic, you find yourself wishing that someone, a bit more natural to flow and poetics, was doing the heavy lifting behind the microphone instead.

Not to take anything away from Focus, I dig the fact that his subject matter is most definitely that of the “mature” hip-hop artist â€“ He’s a grown man and it shows. From the detailing of the struggle to keep a romantic relationship strong, while working in the music industry on “Dedicated” to the raw pain of dealing with a cheating lover, and the man she is cheating with, on “Affairz”; this is music for people who are long past rocking, leaning and screaming out “Yaaah, trick, Yaaah” at people they don’t like.

Where the album falters by way of vocals, it MORE than makes up for production wise. It is no puzzle to me why Dre had to have this guy on his team. He produces the entire album from front-to-back and does not create a single filler track (in my opinion, of course). It’s a cool listen from the almost-hyphy opener, “Shine”, featuring Bussa Bus to the GORGEOUS music you hear on “Whatchu’ Workin Wit” and “Weekend” featuring Raphael Saadiq.

This is hip-hop for GROWN FOLKS!

This album is OFFICIAL, well recorded and VERY well produced. Trust me; it’s an album that really seems to get better with every listen. I’m surprised it did not get an official release concerning the strength of the supporting cast alone, yet I’m not surprised because it definitely does not have anything to offer the young’uns, who like their music a bit on the lightweight side. I would have a hard time getting my fourteen year old nephew to rock this album on his MP3 player; he’s too busy listening to Soulja Boy teaching him how to rudely dismiss those who irritate throughout the course of his day.

Note: I want you to take a moment and ACTUALLY imagine someone yelling “Yaah” to someone in a public setting.

(Nervous waits a couple of minutes.)

Did you visualize that? Now tell me WHO is the crazier looking of the two: the one standing in the street hollering out “Yaah” or the individual WALKING AWAY from the lunatic standing in the middle of the street screaming their way to a black and white cab ride over to the psychiatric department of your local hospital?

Alright, back to the review.

Though I was not blown away by Focus’s mic interactions, I STILL recommend this as a download because of the production alone. I would have purchased this if it had come out on CD, Emusic or Itunes. However, since Focus felt the need to put it out there, you need to cop this. Support cha boy!